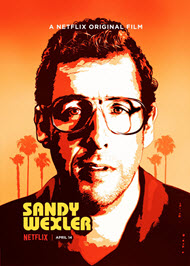 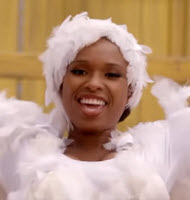 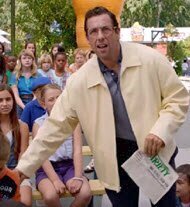 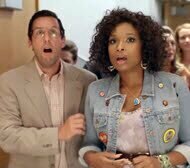 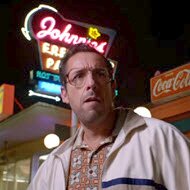 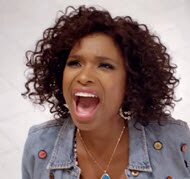 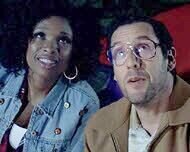 Learn about true goodness and righteousness

lying and other sins

“Sandy Wexler” is Adam Sandler’s third film out of the four-film deal he signed with Netflix. The first film was a well-made, but offensive satire, and the second was a low-brow, vile action comedy. So I didn’t know quite what to expect from the next two.

Well, it’s a 1990s period drama about a fictitious talent manager named Sandy Wexler (Adam Sandler). (This character is a satirical homage—or roast—of Sandler’s dedicated, real-life manager, Sandy Wernick.) In the film, Sandy has a great big heart and cares for his clients very much, but he’s so socially awkward, clumsy, and dull that most people can’t stand to be around him.

This film is quite a mixed bag. I’ve long been hoping that Adam Sandler would finally do a film that doesn’t rely on jokes about sex, genitals, excrement, flatulence, etc. And the good news is, this film does fit that description. Although there are a few crude jokes of that nature scattered about, it’s mild, and there’s not much of it. The bad news is, the film is about as mediocre as they come. It’s totally clichéd and never really goes anywhere. It’s overly long, and not all that entertaining.

Like most Netflix original films I’ve seen, the visuals are very good. The sets do a good job of immersing viewers in the 20th century period drama feel. There’s not much of a plot, however, and the only reason the film kept my attention is because the characters are likable and easy to care about. As the film kept dragging on, however, I began to lose interest, before I was even halfway through it.

Some may find the voice Adam Sandler uses for his character to be downright obnoxious. Personally, I got used to it, after a while. Another caution is that some viewers may interpret the character as a mocker of people with autism or speech impediments. I don’t think that was the film’s intention (although Sandler doesn’t have the best track record in that area, either), but a little discretion could have eliminated that risk and also made the film less annoying.

The sexual content consists mostly of occasional, not-too-explicit innuendos, and a few scenes of immodesty. For me, the only memorably offensive moment is when a fat wrestler grinds his under-clothed buttocks over his opponent’s face. In another scene, a married woman tries to seduce Sandy, but, despite clearly feeling tempted, Sandy refuses and leaves.

The violence is all comic, but still not suitable for youngsters. There is some intense wrestling, a glass of wine thrown, a mild car crash, and some unrealistic punching. Some foolish stunts get the performers injured. When peed on by a raccoon, Sandy is startled and swings a baseball bat, killing it, and there is large spray of blood.

Sandy lies a lot, but at the end of the film he is confronted about this and decides to change. He keeps this commitment, too. A woman gets drunk, but later expresses shame about it. There are references to various other unbiblical/unethical things in our world that aren’t really condemned or condoned by the film, just referenced.

Sandy has some admirable character traits. It is clear that he deeply cares about his clients and wants to be their friends; he’s not just in it for the money. He actively looks for opportunities to help people and be a philanthropist, even though he’s under-appreciated. He does the right thing because it’s the right thing, not to get praise for it. His flaws demonstrate that he is far from perfect, as are we all.

In the end, this film does have some inspiring messages about how rather annoying people can sometimes have virtuous character. But it isn’t presented in a way that hasn’t been done better in other underdog films.

I don’t recommend this film, because I don’t believe it’s worthwhile, plus it is overly long and somewhat irritating, with too little entertainment value. At least, Adam Sandler has taken a step in the right direction by doing something cleaner. I hope his next film works on fixing the lack of quality.

Movie Critics
…an epic-length ode to its irritating star… It's long!…
Keith Uhlich, The Hollywood Reporter
…Instead of allowing any sense of humanity to take hold, “Little Nicky” director Steven Brill doubles down on a series of increasingly interminable comedic setpieces, dark voids of laughter… For every remotely clever scene…there are three more that stretch on for eternity. …
David Ehrlich, IndieWire
…a grating portrait… an elaborate caricature of a hopelessly pathetic bottom-feeder. …this project’s too-many-cooks left out the most important ingredient: They forgot to include the laughs. …
Peter Debruge, Variety
…Unfunny gags repeat themselves twice or thrice over. …an over-long two hours and 10 minutes. Even for a laugh-a-minute comedy, this is too long. But when we are looking at laugh-an-hour, the film can’t go fast enough. …
Alex Brannan, CineFiles
…its boring. Its lifeless, not funny and easily forgettable. …[1/5]
Ian Morton, All Things Movies UK
…Adam Sandler is funny again in the good-natured but overlong “Sandy Wexler”… This is all still Sandler shtick, replete with endless running gags, but it’s also surprisingly endearing and often quite funny. In its cartoony way, it feels truthful…
Jesse Hassenger, A.V. Club
…strange yet strangely likable… filled with annoyingly unfunny moments yet there’s a charm that’s tough to resist… [3/5]