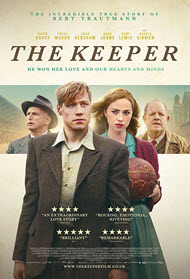 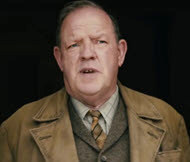 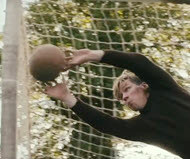 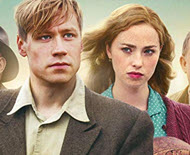 How and why did Jesus greatly humble himself for us? Answer

What does God say about FORGIVENESS OF SIN? Answer 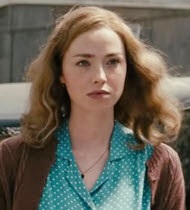 Loss of a son 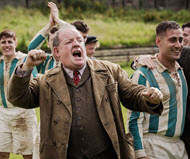 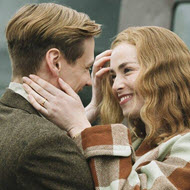 “You can’t hold one man responsible for the whole war!”

This is the topic explored by “The Keeper,” an emotional post-war drama that is loosely based on the life of Bert Trautmann (David Kross), one of the greatest goalkeepers of all time. It has charming moments but also frequent smoking, foul language and unnecessarily rough sexual references.

Following WWII, anti-German sentiments run deep and emerge hotly in small UK towns such as St. Helens, Lancashire. This town has a POW re-education camp nearby and loves to hate all Germans. The townsfolk are outraged when the local football (soccer) coach turns up to his game with a skillful German POW goalkeeper to help save his ailing team. Both he and they struggle with suspicion and fear of how they may be treated. For the coach’s fierce and beautiful daughter Margaret (Freya Mavor) who is forced to work with Bert, initial anger quickly dissolves into admiration for Bert.

But will the public be won over so easily, especially the Jewish community? Will he find a home in Margaret’s arms, and acceptance as part of a team, or will his past ruin everything?

The soundtrack is fairly good, with some nice soft jazz. Costumes, artistry and casting are well done. Authenticity is assisted by inclusion of real footage from Belsen concentration camp, and Bert Trautman’s televised matches. However, as a historical insight into the relational impacts of the long war years, “The Keeper” is only scraping the surface. It also fails to satisfy the itch for a sport, war or an intellectual movie. Still, the good film production efforts have created a superficially attractive British film that my cinema (theater) full of mostly elderly people responded to with signs of strong emotion at many points.

Sadly, when one looks deeper, few positives stand out. It is undoubtedly an adults-only film and contains far too much immorality to gain Christians’ admiration. Still, I must admit, there’s some good to “The Keeper” as well. Painful content is handled tenderly and with respect, mostly. The palpable wartime tension and bitterness do give way to a renewed sense of shared humanity, in time. And Bert’s is certainly a story worth telling. Valuable lessons, humbling and rebalancing were brought to a hurting nation following the great trauma of war, and Bert’s unlikely rise to fame was a big part of that.

Despite that potential for a fascinating film that could become a classic, it has not been presented wholesomely. The truth has been twisted to fit filmmakers’ whims, and they glaze over any character flaws in Bert, to the point of idolization. Blasphemy and crudity abound, and there’s smoking in almost every scene, as though the makers haven’t even attempted to lessen the temptation for viewers.

And, of course, the facts themselves necessitate vision of much threatening and violent behavior. War scenes are brief but graphic, and one involves an animal’s decapitation. Heavy adult themes like severe guilt, racism, suicide, revenge lynching and rape fear are also alluded to. Turning a blind eye to evil is also an issue, but isn’t properly addressed.

Furthermore, I feel that the film hasn’t lived up to its promotion. The trailer promises a story of redemption and forgiveness, however, as Christians, we know that full healing and reconciliation involve far more than acceptance of someone by ignoring the sin and focusing on their endearing features, such as good looks, charm and sporting talent.

Spiritually, “The Keeper” is a mixed bag. On the one hand, there are anti-hate, pro-marriage and pro-forgiveness role models. The courage of Bert and Margaret is inspiring. Sacrificial love is admired, and ‘keeping’ your spouse throughout the ups and downs of life is shown to be important.

On the other hand, the movie’s rationalizations are humanistic and deny a need to deal with sin. Christian elements are limited to a graveside recitation of the Lord’s Prayer, a song “O when the saints,” quite out of context, and a haunting “Abide with Me,” which seems to have only been included because of its traditional links to war commemoration, rather than an interest in God who is the “Help of the helpless.”

The great news for us in the real world is that even ‘the worst of sinners,’ those who’ve persecuted innocent people to death (as several main characters did), are offered full pardon when Jesus Christ takes our place in punishment.

The most breathtaking redemption story in history is not Bert, but Jesus. He hasn’t merely put His body on the line to save goals but to provide lasting relief for all humanity’s depravity and guilt. The salvation for broken people is not football, romance, others’ acceptance or bravely ‘moving on,’ as the movie suggests, but trusting that God wipes our slate clean when we humbly bring our troubles to Him.

It is tragic that Bert never seems to find God’s answer to his haunting guilt for sin. The makes it a sad story, in my view.

While the topics are worth exploring, this film is not. With 77 crude or profane expressions, graphic violence, muddy philosophies, unnecessary nudity and sexual content, there’s much in “The Keeper” which makes it undesirable viewing for the adult Christian, and certainly all young people.

Instead, I recommend searching for a fantastic video documentary about Bert Trautmann’s life and impact on post-war England and its German relations. Then you can marvel at how God seeks to restore people and relationships, and the amazing capacity of a Christian nation (as Britain was at that time) to reflect godly love to others.