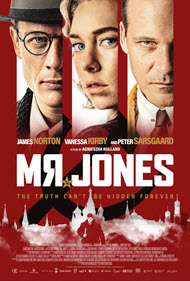 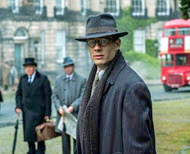 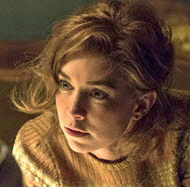 A brutally honest dramatic film about the evils of Communism 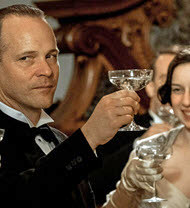 Duranty, who some have called Stalin’s apologist, knowingly misrepresented information about the nature and scale of the famine. “Duranty both admitted the brutality of the Stalinist system and defended the necessity of it. He repeated Soviet views as his own opinion.” 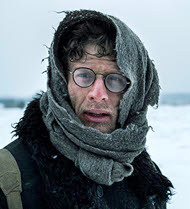 HOLODOMOR (Ukrainian for “to kill by starvation” / This refers to a man-made famine in Soviet Ukraine from 1932 to 1933 that directly killed several million ethnic Ukrainians and additionally created 6.1 million birth deficits. The Soviets (Communists) insured the murderous outcome by confiscating all household foodstuffs, restricting population movement and preventing outside aid.

It is also known as the Terror-Famine and Famine-Genocide. Since 2006, the Holodomor has been recognized by Ukraine and 15 other countries as a genocide of the Ukrainian people carried out by the Soviet government. It is believed that the famine was planned by Joseph Stalin to eliminate a Ukrainian independence movement.

Brutal Soviet-Marxist-Socialist dictator Joseph Stalin oversaw mass repressions, ethnic cleansing, hundreds of thousands of executions, and genocidal famines that killed millions. All the while, Stalin posed as a hero and savior of the working class. 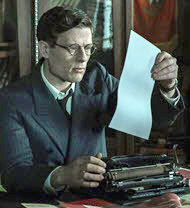 “The Truth Can’t Be Hidden Forever” 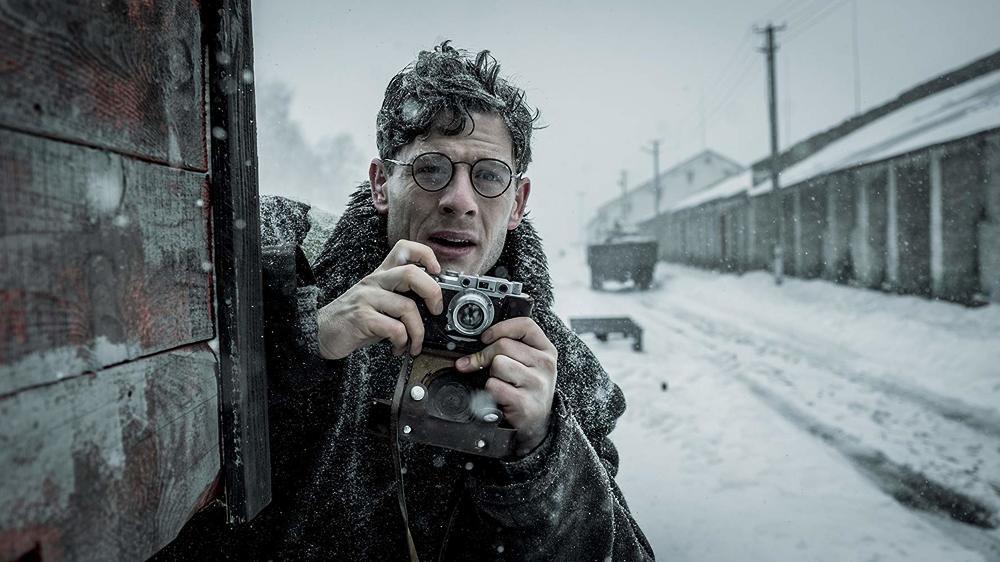 Agnieszka Holland’s “Mr. Jones,” now showing on Video on Demand, is a gripping, fact based adventure film, one that takes place in the early 1930s but whose subject matter is as germane today as it was almost a century ago.

Media narratives are easy to establish, but hard to maintain. Despite some short-term staying power, they tend to have shaky cores that are always at risk of collapsing under the weight of their exterior flab. Weak facades hold their shape, and their allure, only if they are constantly fed, massaged, and polished.

“You clean the outside of the cup and the dish, but inside there be greed and self indulgence.” —Matthew 23:25

In 1932, Walter Duranty, The New York Times bureau chief in Moscow, won a Pulitzer Prize for a series of reports he wrote about the Soviet Union. Those reports were filled with praise for the still young Soviet experiment. When other journalists tried to examine some of that experiment’s purported flaws, Duranty called their accounts “an exaggeration or malignant propaganda.”

Mr. Jones is Gareth Jones, one of the few intrepid journalists who stood up to Duranty, and probably paid a steep price for doing so. In addition to being a reporter, Jones worked as a foreign correspondent to David Lloyd George, Britain’s Liberal Party leader and former Prime Minister.

While in Lloyd George’s employ, Jones was able to score an interview with Adolf Hitler, but Lloyd George scoffs at Jones’ warning about the German dictator (“the next Great War is about to begin”). He has even less time and patience for Jones’ concerns about Stalin’s Russia. He rejects Jones’ pleas to be sent on a mission to the Soviet Union. Then he fires him.

Jones takes matters into his own hands, maneuvering and sidestepping his way to the Soviet Union, only to find himself confined to Moscow’s city limits. He wants to interview Stalin—good luck with that—and to take a train to the Ukraine to find out if agricultural advancement or human atrocity is the order of the day. There are rumors that Stalin has blocked the farmers’ access to their own grain and, in doing so, has produced a famine that is causing mass starvation.

In Moscow, Jones is followed wherever he goes—every move watched, every conversation tapped into, every movement orchestrated. When he asks fellow reporter Ada (Vanessa Kirby who played Princess Margaret in Netflix’s “The Crown”), who the man following her is, she replies, “My Big Brother.”

The film’s humor is dark and sardonic, always knowing, always on edge and one step away from danger. The capital city’s unspoken motto seems to be: choose silence or BE silenced.

Mr. Jones is told he should meet with Mr. Duranty to learn the ins and outs of life and work in Moscow. The interplay between the two men, one in pursuit of truth, the other in pursuit of an agenda, is the film’s driving force. The two lead performances play a major role in revealing the contrast between determination and deterrence, and fact versus narrative.

James Norton (the Vicar in the BBC mystery series “Grantchester”) plays Jones with genteel Welsh reserve interjected with moments of puzzled disbelief and stunned horror. He tempers his steely resolve with an engaging smile, softening the persistent coldness of the Soviet snow, and the Soviet heart. The real marvel, however, is Peter Sarsgaard’s portrayal of Duranty, not as a Russian pawn and not as the blackmail victim that many believed him to be, but as a true believer, one who has found and followed what he is sure is his true calling. As evil as that call may be, he is willing to serve it, to accept its risk of corruption, and ultimately, to be grateful for the asking.

As he did in “An Education,” “Kinsey,” and “Lovelace,” Sarsgaard portrays indulgence and decay with his usual insouciance, letting cunningly tempting words, often spoken under the influence of alcohol, drip from his tongue. Duranty speaks in hijacked clichés (“you need to break some eggs to make an omelet,” “this is bigger than any of us”), but he knows that such overused words, when repeated time and again, can be soothing, or at least numbing.

Duranty was known for his decadent embassy soirées, but I think Holland went a bit far with the Bosch-like depiction of Duranty and his party cohorts. The “let it all hang out” scenario that Director Holland portrays seems far-fetched, and it reminded me of Luchino Visconti’s worst excesses. Duranty was an instinctive hoarder of secrets, most of all his own. He may have been subject to blackmail, and if so, why would he host an embassy bash with intravenous drugs and occult imagery, and walk about stark naked? On a cane with one leg amputated, no less. Without an actor of Sarsgaard’s caliber to carry off this bacchanal, the scene would have crossed over into burlesque, and sunk under the weight of its own staginess.

Jones is stymied at every turn in his attempts to travel to the Ukraine. He needs to take action himself, and when he does, the film misses some beats. His adventure proves short on thrills, the police-dodging and train-hopping too clumsily staged and lacking in build-up and continuity to create the needed suspense. Holland regains her footing when her character gets off the train in Ukraine and quickly discovers that the reported famine instituted by Stalin not only exists, but is causing death on a grand scale.

Dead bodies lie unattended on the street while others are thrown onto carts to be hauled away. A mother dies; her baby, still alive in her arms and crying from hunger, is also thrown onto the cart.

Jones is offered some meat from some orphaned children. When Jones asks them where they got the meat, they say they got it from their brother.

The children look away.

Their brother was not a hunter.

As of today, Duranty’s Pulitzer Prize has not been revoked even though his writings constituted a fervent attempt to deny the now proven evidence of the Ukrainian famine (known historically as the Holodomor), and will always be a stain on the record of The New York Times.

Agnieszka Holland has made a brave film about Duranty’s, and the Times’, clash with the truth and their dance with the devil. She opens her film with George Orwell, a friend of Gareth Jones (who could have been the inspiration for “Mr. Jones,” the farmer, in Animal Farm) beginning to write his novella about the evils of totalitarian excess: “…a story so simple even a child could understand it. Truth is too strange to tell any other way.” Orwell feared that the world had been “invaded by monsters.” Holland reminds us that he was right.

The Soviets tried to build a “heaven on earth” by outlawing religion, the “opium of the masses.” What the Russia people got, instead, was the opposite. When there is no God, there is nothing to be made in His image and likeness. In such a world, anything, including a government instituted famine and mass murder, can be tolerated.

“Mr. Jones” is an imperfect film, but there is enough in its two hours to bring some keen insight into the blood soaked history of the twentieth century and the risks we take in the twenty-first if we turn away from the one Truth that matters, and, instead, accept the narratives of today’s award recipients who speak to us of “their truth.”