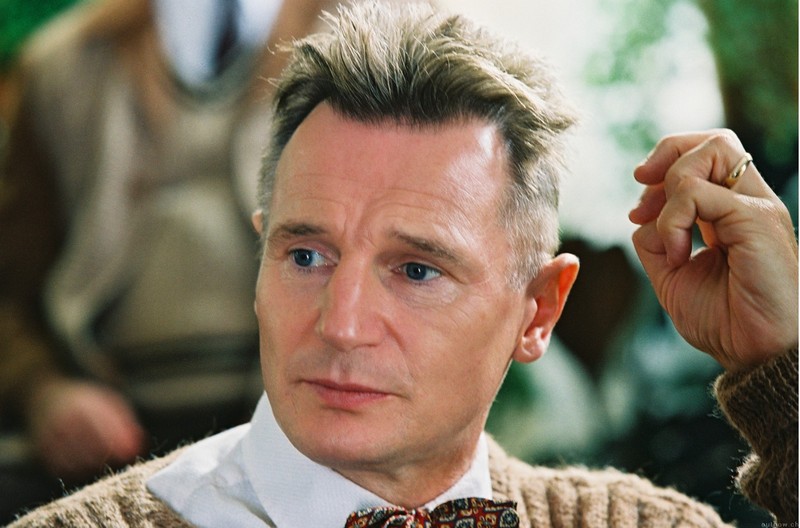 for pervasive sexual content, including some graphic images and descriptions. sin and the fall of man to sinful depravity

What’s wrong with being gay? Homosexual behavior versus the Bible: Are people born gay? Does homosexuality harm anyone? Is it anyone’s business? Are homosexual and heterosexual relationships equally valid?

Sexual Abuse of Children—What is it? How widespread is child sexual abuse? One survivor tells her story. Includes ways to find help. 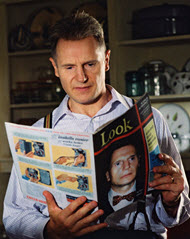 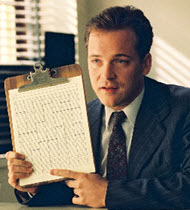 Here’s what the distributor says about their film: “Liam Neeson stars as Kinsey, who in 1948 irrevocably changed American culture and created a media sensation with his book Sexual Behavior in the Human Male. Asking thousands of people about the most intimate aspects of their lives, Kinsey lifted the weight of doubt and shame from a society in which sex was hidden, and knowledge was dangerous. His work sparked one of the most intense cultural debates of the past century—a debate that rages on today.”

“Kinsey” is an effort to rehabilitate a “father” of the hellish sexual revolution who has been discredited because of his debauched lifestyle and the misinformation he spread about sex.

In Kinsey’s mind, religion and morality were the hated enemies that stand in the way of sexual freedom. Kinsey’s father is the predominant religious figure in the film, and with the exception of one scene, he is stereotypically portrayed as overly strict, mean spirited and anti-sex.

In Kinsey’s mind, man was merely an animal with a high degree of intelligence; and at the end of the film, in the midst of the credits, we are treated to scene after scene of animals having sex. In Kinsey’s mind, apparently no sex was abnormal; and among the types of sex that Kinsey is shown engaging in or endorsing in the film are adultery, bisexuality, homosexuality, group sex, pornography, sadomasochism, and swinging. The impression is also conveyed in the film that sexual deviations of all kinds (but especially homosexuality) are widespread.

Kinsey thought that very few people were totally heterosexual; and in one scene, the film depicts Kinsey as saying that his own sexuality had changed from primarily heterosexual to bisexual. This undermines the lie that sexual orientation cannot be influenced by environment, an environment that includes endless promotions of homosexuality in the secular media.

In the film, Kinsey is portrayed as a dedicated scientist whose research was scientifically sound. The viewer is left with the impression that his data came from interviews with a cross section of Americans. There is no indication (unless I missed something) that much of Kinsey’s data about adult sexuality came from questionable sources (e.g., prisoners). In the film, Kinsey interviews a man who molested hundreds of children, but there is no other indication (unless I missed something) that Kinsey’s data about child sexuality came from pedophiles.

Kinsey isn’t portrayed as without fault, but he is portrayed as someone who exerted a positive, rather than negative, influence on society. No mention is made in the film of the grievous harms that flowed from the sexual revolution Kinsey helped bring about harms, such as:

As I watched Kinsey, I couldn’t help comparing it to “The Passion.” Despite “The Passion’s” horrific violence, tens of millions of Americans, who glorify Jesus Christ as the God-man who came into the world to set men free from their sins, embraced the film. Despite (or perhaps because of) Kinsey’s X-rated sex, many will also undoubtedly embrace Kinsey. For them, Kinsey was a savior who labored to set people free from sexual inhibitions so that they can sin free and easy. Both men had a band of loyal followers. Both men were teachers. Both men were denounced by religious leaders of their day. Both beat death-in “The Passion…,” when Jesus rises from the grave, and in Kinsey (sort of), when Kinsey is depicted at the end of the film as being near death but then as being reinvigorated as he walks and talks with his wife in a lovely forest setting.

According to author and lecturer Steve Kellmeyer, “Kinsey: Let’s Talk About Sex,” is a remarkably dangerous movie for unsuspecting Christians. Mr. Kellmeyer, who has written a book on Christian sexuality, Sex and the Sacred City, was recently interviewed about the problems involved in the movie.

Q: What is the problem with this movie?

A: “The problem with this movie lies precisely in the fact that so many Christians don’t have a clear understanding of the role of human sexuality in God’s plan,” says Kellmeyer. “This movie exploits that. It is intended to portray Alfred Kinsey and the sexual revolution in the best possible light. Now, we can go on the attack against Kinsey himself, and there is certainly some usefulness in that approach. But we should be thinking about this from another direction as well.”

“For instance,” says Kellmeyer, “When we look at the five most popular novels in the last five years, the one that figures most prominently in that short list is Dan Brown’s The Da Vinci Code. And, while Mr. Brown’s historical research was terribly, one might even say viciously wrong, he did get three things right, and those three facts sold his books.”

Q: What did Brown get right?

A: “He kept re-iterating three ideas over and over,” replied Kellmeyer. “He insisted marriage is holy, sex is holy and women are to be treated as images of God. He simply substituted pagan terms for these three Christian concepts. So, instead of talking about the sacredness of marriage, he used an Egyptian pagan term, Hieros Gamos. Instead of saying women are made in the image and likeness of God, he used pagan terminology and extolled pagan goddess worship. He paganized sexuality in order to tell us something that we, as Christians, should already have known.”

“These three facts made his book tremendously popular because these three facts are true. They are, in fact, the only true things the secular culture has said about sex in the last forty years. So, precisely because he got these three facts right, he opened up an opportunity for Christians to discuss the Christian view of sex. Unfortunately, too few of us were prepared to have that discussion. Instead, we spent all our time on debunking Mr. Brown’s atrocious historical research, we attacked the book, instead of discussing what was right with it. We largely missed an opportunity to co-opt the power of the book in order to proclaim the Gospel.”

“God in His goodness has given us another chance,” continued Kellmeyer, “We have the same opportunity here that we had with Dan Brown. The Kinsey movie is, of course, a pack of lies about the architect of the sexual revolution. Kinsey was a monster, no question of it, and we know this movie will not speak about that. Now, we can attack the terrible history and that will help a few people. But the majority need more than that.”

“What this movie will do is again open up for Christians an opportunity to discuss the real role of sexuality in Christian faith and belief. It is time we became prepared to have this discussion.”

“Our culture is awash in sexual imagery and sex as a commodity. This culture abuses who we are as persons. But precisely because sin is so rampant, precisely because the world is so jaded, grace is even more incredibly powerful. That’s what St. Paul meant when he said, “where sin abounds, grace abounds more.” We have to make people aware of the God’s positive vision of sexuality so that they can implement that divine vision in their own lives. “The Da Vinci Code”, the Kinsey movie—these are marvelous opportunities for us. We shouldn’t waste them.” Editor’s note about the real Kinsey

For in-depth information on the true nature of Alfred Kinsey’s sinful perversions and their far-reaching results, see the books of Judith A. Reisman, Ph.D.

Negative
Negative—Generation Life, a movement of young people with a desire to spread a pro-life and chastity messages to their peers, is planning a response to the movie Kinsey, Let’s Talk About Sex. The subject of the movie, Alfred Charles Kinsey (1894-1956), is hailed by some as being a pioneer of the sexual revolution. Others condemn him for his pseudo-scientific defense of sexual perversions. The evangelist Billy Graham publicly condemned his work while the homosexual community used Kinsey’s “research” as a gospel for recruitment.

Generation Life plans to hold protests to expose the darkest side of Kinsey’s work. The most appalling part of Kinsey’s work is the cover-up that continues, even in this movie, that a two-month-old, a five-month-old, even toddlers were sexually molested in the name of science under Kinsey’s supervision.

Excerpts from Kinsey’s work made me sick to my stomach. The details and depths of perversion that he masquerades as science has paved the way and justified the molesting of many of my generation. Kinsey’s legacy is not one of sexual enlightenment, as this movie would lead you to believe, rather Alfred Kinsey is responsible in part for my generation being forced to deal face-to-face with the devastating consequences of deadly sexually transmitted diseases, pornography, and abortion.

No one should support a movie that hides the truth about Kinsey and his staff. Kinsey’s “research” is not only scientific fraud, it is criminal.

Brandi Swindell, National Director of Generation Life
…The problems with this movie, including its pornographic content, are too vast to itemize…

Tom Neven, Plugged In (Focus on the Family)
Positive
Positive—I thought that this movie was very enlightening… There were homosexuals and sex offenders and perverts occupying the world long before any research was ever done. If you could turn back time and prevent Kinsey’s book from ever being published, they would still exist. It’s not clear that Kinsey was a monster or any sort of sociopathic sex-fiend. Like every person who reads this now or writes their own comments, he was a human being with faults and foibles and sicknesses, too. Instead of casting our stones at him (which is worthless, anyway, because he is dead), we should embrace the knowledge that he provided us and find out how to turn that knowledge into wisdom.
My Ratings: [Better than Average/4]