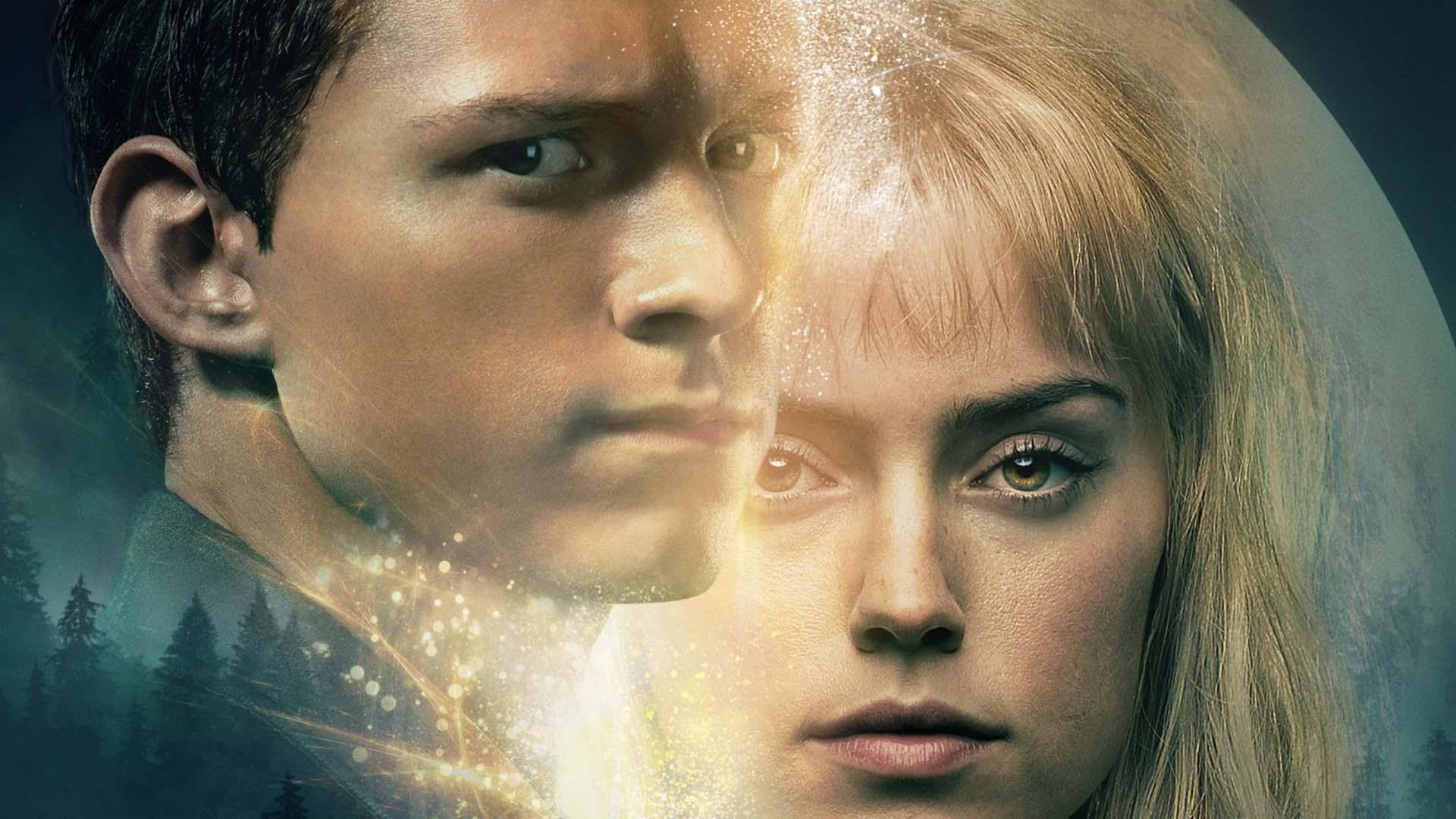 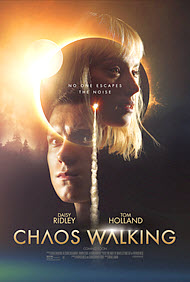 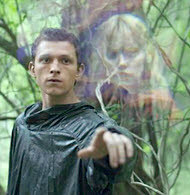 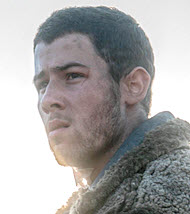 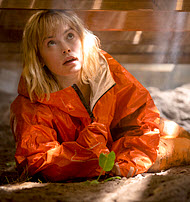 Colonization of an indigenous people’s planet 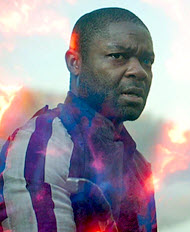 What it would be like to hear other people’s thoughts, including those of animals, and never be able to turn off this ability

Men forced to live in a world without women

A young man with two “fathers” 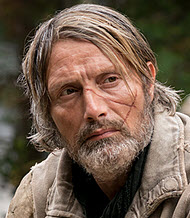 Living in a hellish world of constant peril

Insanity and acts of insanity 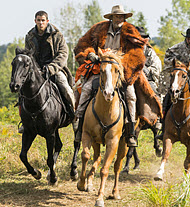 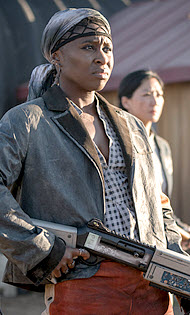 “No one escapes The Noise”

Noise (noun): a sound that lacks an agreeable quality or is noticeably unpleasant or loud, or any sound that is undesired with one’s hearing or understanding —Merriam Webster Dictionary

In the year 2257 A.D., on the planet New World, where many humans have now made their homes in a settlement called Prentisstown, every man’s inner’s thoughts can be heard and are called The Noise. Not only can everyone hear your noise, they can see it too. Nothing is a secret. In many cases, Noise takes the place of physically talking. The Noise only affects the men, not women. At least, that’s the unofficial story from Mayor Prentiss (for whom the settlement is named), and there are no women left in Prentisstown or on New World to confirm or deny this, as supposedly a native group of ETs called the Spackles attacked and killed all the women.

Enter our protagonist, Todd Hewitt (Tom Holland), the youngest in Prentisstown. He has trouble, as the townfolk say, “controlling his noise,” and sometimes that lands his mouth, or should I say his mind, in big trouble. While scouting the fields one day, he comes upon a space shuttle crash site and then suddenly hears someone. It’s a girl, an actual girl! “I have to alert the mayor!” says Todd.

Upon investigation by the Mayor, the her name is Viola (Daisy Ridley). She was on a voyage to New World with her crew when the ship crashed and needs to contact them to come pick her up. However, for some reason, the Mayor doesn’t want her to leave. Viola makes her escape with Todd’s help.

A mystery, a settlement looking for you, time running out. Just so… much… chaos.

I knew very little about “Chaos Walking” before requesting this movie assignment. In retrospect I should have done more research beforehand. If I had, I would have realized the underlying themes that surround the film, and the book series, that are so blatantly obvious and, frankly disgusting, that just talking about them on a site like this makes my mind shudder (but I’ll get to that in a minute, I promise).

First, I need to put things into perspective. If you were to take this film apart, WITHOUT the underlying themes (such as cinematography, effects, lighting, acting), you still, honestly, wouldn’t have a very strong film. It’s at or sub-par with other young adult sci-fi films. Pacing-wise, the film moves at such a mind-blowingly slow pace that I looked at my watch three times, waiting for something—anything—to happen—an action sequence, some character development, etc. The performances don’t help either. Don’t get me wrong, Tom Holland is an accomplished actor. However, being paired alongside Daisy Ridley was not a good casting choice, as they have very little cinematic chemistry (or perhaps that was that the point?). To the director’s credit, the scenery and sets are spectacular to behold.

Looks can be deceiving, especially trailers. On the surface, when you watch the trailers for this film, you may think, “Oh look, it’s a movie about people who can hear each other’s thoughts and have to get out of such and such a situation. Looks like my kind of movie.” But the underlying themes you will find may not be edifying nor gratifying to you or the Holy Spirit. What are these themes? Well….

ANTI-CHRISTIANITY: Christianity is mocked in the movie (and yes, you can tell, it’s Christianity that is being mocked). A preacher (of sorts), named Aaron, preaches about a coming judgment upon the Mayor from The Noise. He uses phrases like: “The Noise needs a martyr,” “Noise can be the only light in the darkness,” “Sin rots the soul,” and “He was thrown into the lake of fire.” In a settlement named Farbranch, where Todd and Viola are sent to escape the men of Prentisstown, the settlers were originally a group of Christians who gave up machinery for farming and more peaceful activities. But, when the Prentisstown men arrive at the border of Farbranch and approach its leader Hildy and the rest of the folks there, the Farbranchers have weapons at the ready and the first thing that comes out of Hildy’s mouth is (and I’m paraphrasing), “You realize that when Prentisstown men step foot here we’re supposed to hang them right?”

MISOGYNY: The men of Prentisstown are incredibly misogynistic. Misogyny is an underlying theme that is featured throughout the movie. To say anymore would provide major spoilers, but it’s a theme that is not really resolved at the conclusion of the film.

Violence: A space shuttle is seen crashing. As previously stated, we hear a story about the Spackles killing all the women in Prentisstown. We watch a somewhat prolonged fight sequence between a character and one of the Spackles in which the character is fighting and stabbing Spackles. A man is lit on fire. A man is shot and killed. A character is seen drowning a dog, killing it, and we later see the dog’s body by the riverbank. We also see a horse fall down and hill and break its leg; a character then has to, as he says, “end the animal’s suffering.” A man falls backwards to his death. Another character is shot in the arm. Some deceased woman with a wound in her chest is seen (through some trickery) talking to a character. We see a fight sequence between the Prentisstown men and the people of Farbranch. A character has to wrestle and kill a squid so he can have it for dinner. We watch one of Viola’s devices accidentally go off in a bunker, blowing the sockets off of all the lights in the town. A character kills a bug at the very beginning of the film.

Nudity: We see Todd naked, from the rear, when he goes in the water to bathe and a little in the front (no genitals). We also see him shirtless a couple times.

Sex: In one of his thoughts, we see Todd kissing Viola. We also hear him thinking about how pretty Viola is and how he wishes they could be together or that he could kiss her, etc. The Mayor’s son tries to advance on Viola but never gets far.

As a follower of Christ, I am reminded that God created man in his own image (Gen. 1:27). However, He did not mean for man to be alone for his entire existence. God meant for man to have a helper, a companion, a partner, someone to rely on and depend on. He made Eve from Adam’s side. In God’s eyes, women are as precious to Him as are men, which this film fails to point out…

“Then the Lord God said, “It is not good that the man should be alone; I will make him a helper fit for him.” —Genesis 2:18

She opens her mouth with wisdom, and the teaching of kindness is on her tongue. -Proverbs 31:26

Their wives likewise must be dignified, not slanderers, but sober-minded, faithful in all things. —1 Timothy 3:11

Let me state this as clearly as I can: “Chaos Walking” is an abhorrent attack on Christianity and Biblical truths. I cannot, in good conscience, recommend it.

Even if it wasn’t mocking Christianity and Christians, the film just isn’t that well written. Honestly, the film was doomed for a while now. According to our site…

“This was a troubled production that required several rewrites, and after the film was completed, test screenings were made. The results were very poor. The film was deemed unreleasable. Eventually extensive re-shoots were made during April 2019, reportedly at a cost of $15 million. Even after several re-shoots, the film is still poorly made: plot holes in various places, underdeveloped characters, and slow pacing” (Christian Spotlight, 2021).

I strongly urge Christians to not support this movie. Avoid it and use your time more wisely.

BACKGROUND NOTE: This film is based upon the first book in the Chaos Walking trilogy, titled The Knife of Never Letting Go. Aimed at teenagers, this novel received the Guardian Children’s Fiction Prize—a literary award that annually recognizes one fiction book written for children or young adults and published in the United Kingdom. It is conferred by The Guardian newspaper, a leftist and pro-globalist UK news publisher. The trilogy has been praised by UK liberals “for its handling of themes such as gender politics, redemption, the meaning of war, and the unclear distinction between good and evil.” The books’ author is American-British novelist Patrick Ness who has called for more depiction of Gay romance and sex in teenage literature. Ness is a Gay man (currently age ) who rejected his parents’ “evangelical” Christianity.