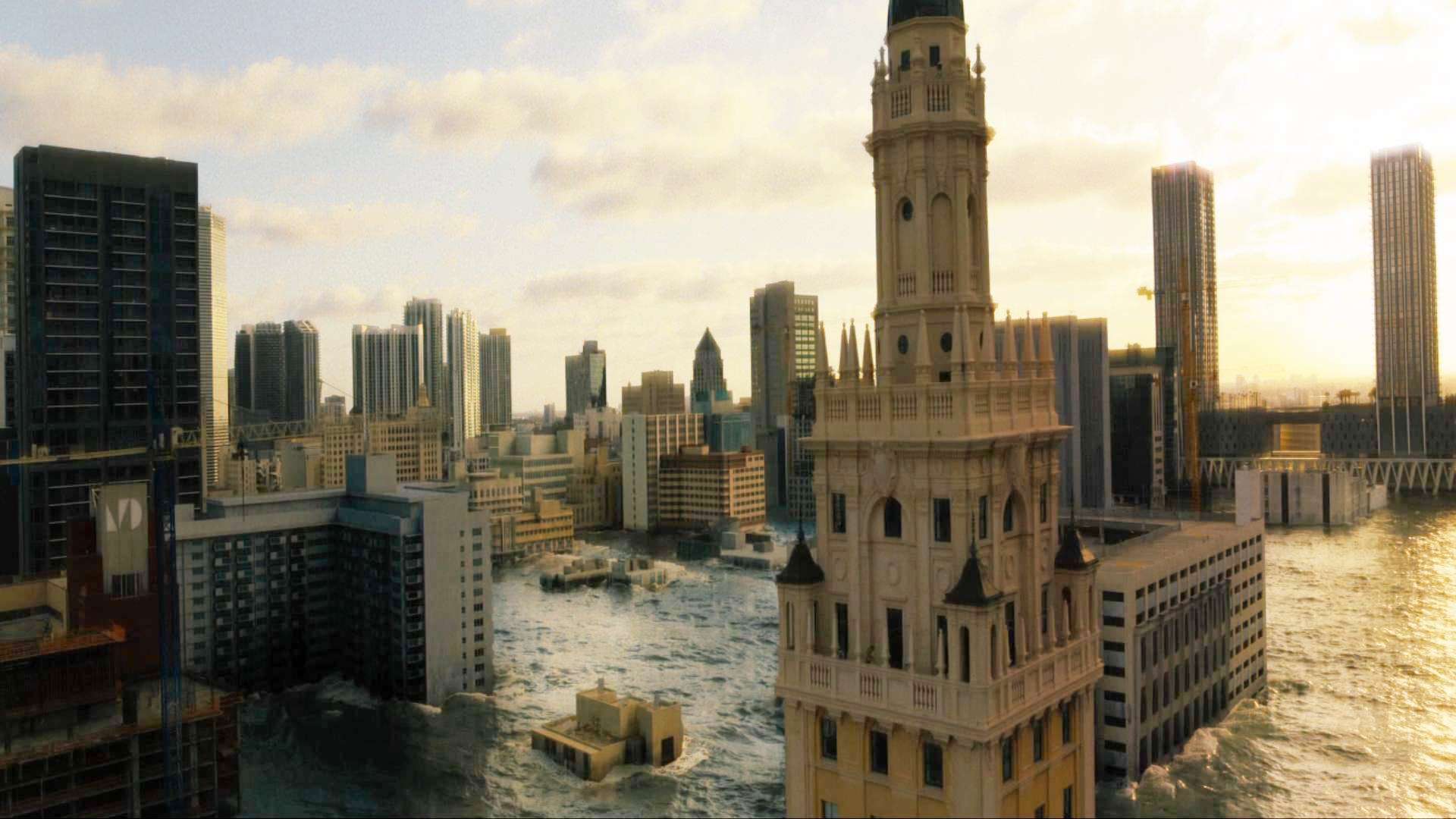 for strong violence, drug material throughout, sexual content and some strong language. 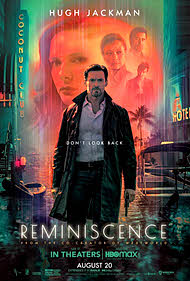 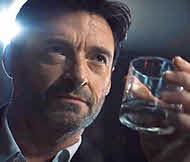 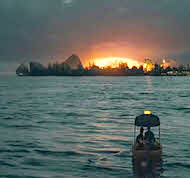 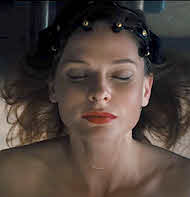 Offering clients the chance to relive any memory they desire

Obessing on the past instead of moving forward in the present 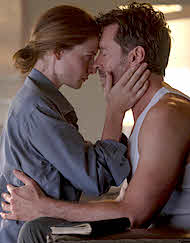 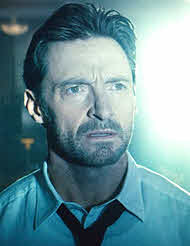 Somewhere in the future, a great war among the nations has somehow caused many coastal cities around the world to flood with seawater. Streets and buildings are mostly underwater, and those locals who remain now contend with the water. Wealthy citizens can afford to live in luxurious homes above the waterline in dryer parts of coastal cities. For most, the situation is dreary and hopeless; there is nothing to really look forward to—looking back to better times is the only pleasure. Speaking of which…

Clients are placed in a tube-shaped device called “the tank” and injected with a serum, inducing a hypnotic state with electrodes on their heads as their memories are projected onto a screen. Nicholas’ job is to help the person in the tank recall lost memories and not veer off in the wrong direction which would cause permanent brain damage.

It’s business as usual for Nicholas until one day a mysterious woman named Mae drops by (Rebecca Ferguson). She tells Nicholas she needs help finding her keys. Mae enters the tank, relives the memory and finds her keys. For a time, Nicholas and Mae get to know each other on a more personal level, eventually developing an intimate and passionate relationship over time.

And then, poof! Like magic, Mae just disappears. “No one just disappears without a good reason,” Nicholas says. After all, Nicholas and Mae were in love, they were even planning next steps together.

But what did Nicholas REALLY know about Mae? Who was she really? For that matter, who is the real Nicholas? Who are we really when our true nature is revealed?

Are you as confused about the synopsis as I was? If you are, that’s because “Reminiscence” IS confusing. It’s a puzzle within a puzzle.

In the beginning, everything starts off relatively simple. The main characters are established nicely, we understand a bit of the setting and the main task that lies ahead. All is relatively clear.

But then, “Reminiscence” loses its identity, or it tries to find it, I’m not sure exactly which scenario is correct. Between Hugh Jackman’s narration of the events as the story progresses (particularly when it has, honestly, NOTHING to do with the actual story) and the “side-stepping” (I like to call it) from the main story into side stories, things get so crazy. I struggled to keep notes on the sides of my review sheet as to what was going on. Then, when the film tries its very best to resolve everything at the very end, I am still left wondering, “Wait, how did we get to this in the first place?”

Please don’t misunderstand. The film tries so hard to fit into the neo-noir/thriller genre, and there are moments it does. There are also some fine performances from Hugh Jackman and Rebecca Ferguson; they truly do have excellent chemistry together on screen. (On a side note, there are so MANY sensual/sexual situations featuring these two together on screen that it made even me sweat uncomfortably).

Alas, the film is extremely disjointed and not even two superstars like Jackman and Ferguson can save a film moving in this many directions.

Violence: In one of the most disturbing scenes, a man is forced to go through his worst memory over and over again in the tank (which is the memory of how he got his scars, by being lit on fire)—causing searing physical torture. A syringe is slammed into man’s eye. A criminal punches two officers trying to get away, but the prisoner is tackled and taken away. There is shooting (some bloody). A man is beaten and is about to be shot (executed). Another man is beaten. A child is kidnapped. A guy is drowned for information. There is a shootout. We witness a man’s head bashed with a cue stick. Throughout, there is much hitting, kicking, fighting, stabbing—sometimes using weapons (hammer, blade, pipe, etc.). There is a scene with a fist-fight. Someone who is dying is given a “mercy killing.” A man is beaten in yet another scene. There is a fight involving all sorts of weapons. A guy is stabbed in the neck with a syringe without consent and forced into the tank. A woman is stabbed and choked. Someone is seen committing suicide. In the final scene we see massive rioting and looting in the streets.

Nudity: A few female characters wear cleavage bearing outfits. One female takes off her clothes completely to enter the tank (we see nothing). We see her put on a blanket while coming out of someone’s bed later. Another female is shown in the tank undressed to her bra and panties.

Alcohol: There are a few scenes where characters are seen drinking.

Drugs: One character is seen hoarding, dealing drugs and mentioned to be addicted to a certain drug. People have to be sedated before going into the tank.

Other: We see a drug dealer who has overdosed, on the verge of death, who is being used for interrogation purposes. We see blood on some glass.

The central lesson seems to be not to excessively dwell on the past. The past does not define who we can become. Always learn from past mistakes and move forward. Benjamin Franklin once stated, “Those who do not learn from history are doomed to repeat it.” Learn, change and move one; don’t obsess on the past.

When it comes to our life in Christ, we certainly do not want to live in the past. God doesn’t. He doesn’t dwell on our past mistakes. When we sin and come to Him in repentant confession, asking forgiveness, the past becomes the past. Repentance means turning away from the sin, the past evil, and moving toward Christ…

“My little children, I am writing these things to you so that you may not sin. But if anyone does sin, we have an advocate with the Father, Jesus Christ the righteous.” —1 John 2:1

“Repent therefore, and turn again, that your sins may be blotted out” —Act 3:19

“As far as the east is from the west, so far does he remove our transgressions from us.” —Psalm 103:12

If we are not careful, the past can consume us. It can blind us. It can keep us from moving forward and doing the work that He has predestined us to do.

At the end of the film, two characters say to each other,

“I just wish we had a little more time.”

I’m thinking about that when it comes to this film… I wish it had had a little more time… to develop. Even without the large amount of violence and sexual/sensual content, the plot moves in so many directions that not even great performances from Hugh Jackman and Rebecca Ferguson can save it from sinking (pun intended).

“Reminiscence” is not a film I recommend to anyone. Save your time and money.

Positive
Positive—If you enjoyed “Inception,” you’ll probably enjoy this movie. It was very well made, and the plot was interesting. To compare it to “Inception”: this movie was darker, it had fewer central characters, and it was not as mind-bending with plot twists. It was a little more predictable than I would expect, but there were still some surprises. The filth was rampant, but the story itself, aside from the sex/drugs/murder, was very enjoyable.
My Ratings: Moral rating: Offensive / Moviemaking quality:
Chrystal, age 44 (USA)