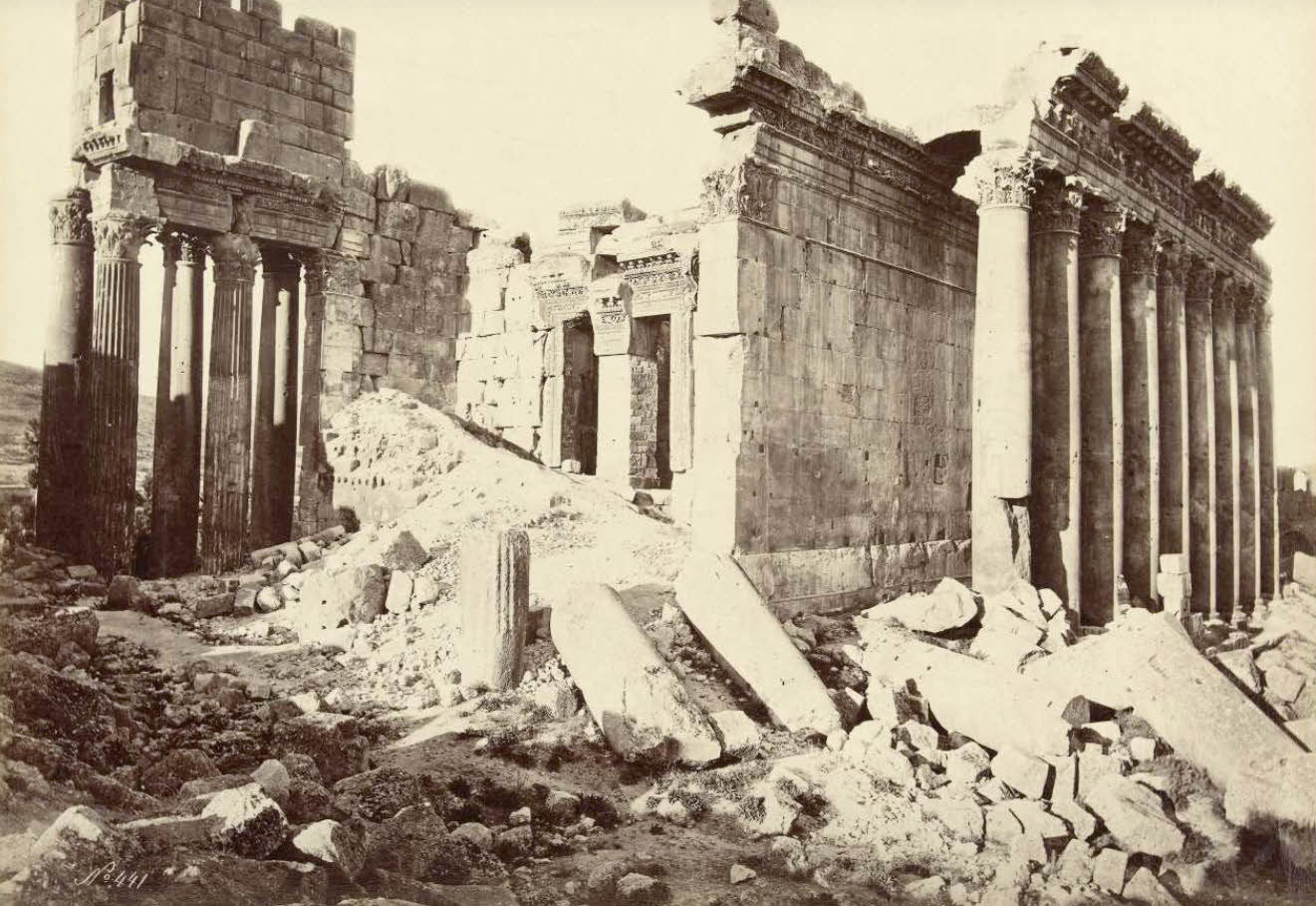 Temple of Jupiter in Baalbec in Syria as seen in 1800s

This ancient idolatrous city was called Heliopolis by the Greeks, i.e., “the city of the sun” or “sun city” because of its famous Temple of the Sun — a temple devoted to the heathen god Jupiter (Zeus). A Temple of Bacchus is also located here.

Baalbec was a city about 42 miles northwest of Damascus. It was one of the most splendid of Syrian cities, existing from a remote antiquity.

After sustaining several sieges under the Muslims and others, it was finally destroyed by an earthquake in 1759. Its ruins are very large.