What is בְּדֹלח (bedolach) often rendered as…
bdellium in Bible translations?

The word “bdellium” appears twice in the King James Bible, NASB, ESV and other translations. The original Hebrew word used in these verses is בְּדֹלח, transliterated as bedolach. The meaning of this very ancient Hebrew word is somewhat uncertain. We know that it designates a product of the land of Havilah; and in Numbers 11:7 it likened to manna in appearance.

Some believe bedolach was probably an aromatic gum/resin which exuded from a particular tree. Bdellium is a semi-transparent oleo-gum resin extracted from Commiphora wightii (False Myrrh) and Commiphora africana trees. Commiphora wightii is also known as guggul and is found today from northern Africa to central Asia. Its fragrant resin bears a resemblance in color to myrrh. Thus, most Bible translators have used the name “bdellium” to translate the word bedolach.

Others think the word bedolach denotes “pearls,” or some precious stone. 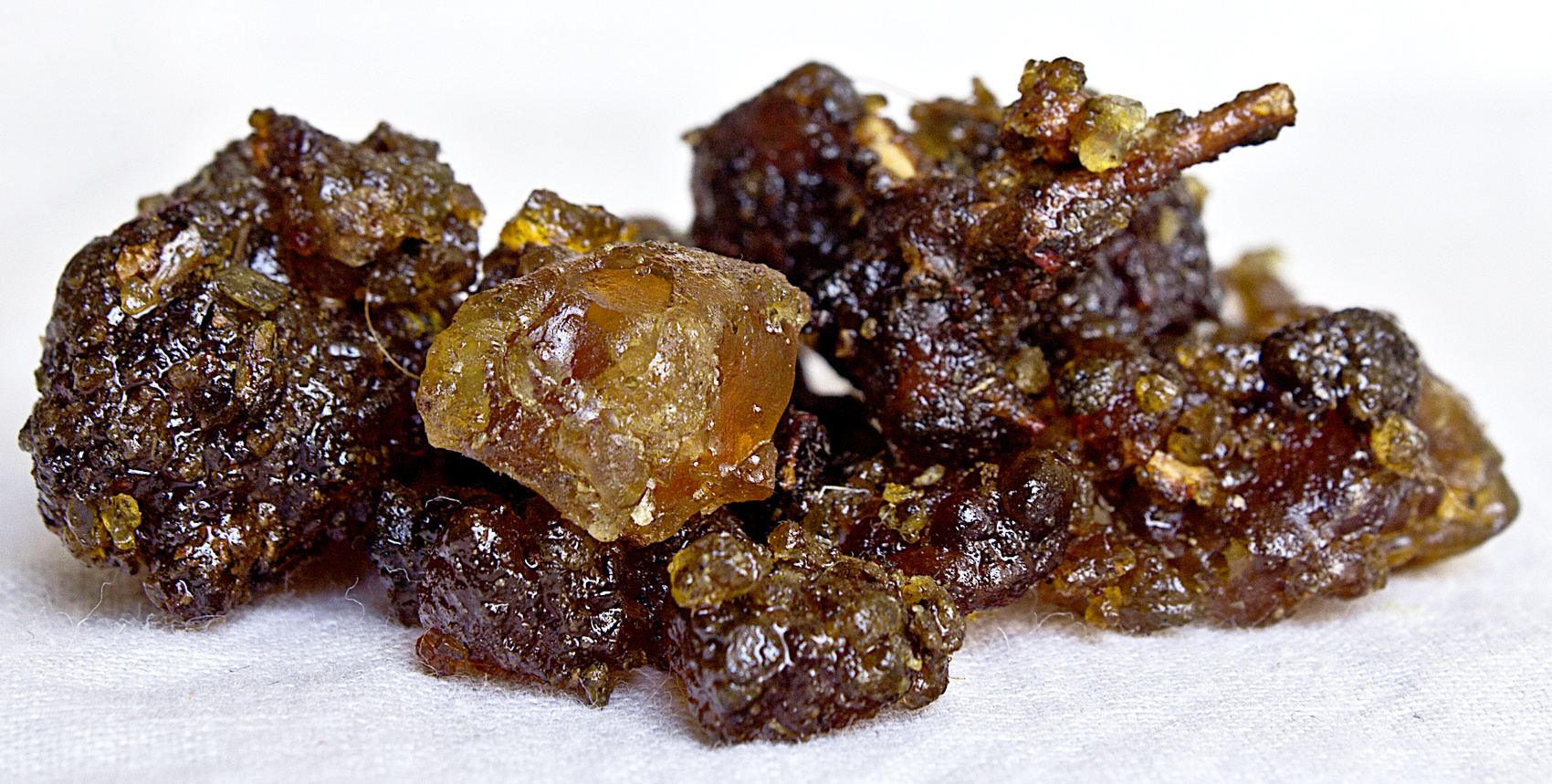 Bedolach in the Book of Genesis

And the gold of that land [Havilah, a land encircled by the Pison/Pishon river] is good: there is [bedolach] bdellium and the onyx stone. —Genesis 2:12 KJV

New International Version (NIV): “The gold of that land is good; [bedolach] aromatic resin and onyx are also there.” —Genesis 2:12 NIV

Bedolach in the Book of Numbers

And the manna was as coriander seed, and the colour thereof as the colour of [bedolach] bdellium. —Numbers 11:7 KJV, NKJV

NASB translation: “Now the manna was like coriander seed, and its appearance like that of bdellium.” —Numbers 11:7 NASB