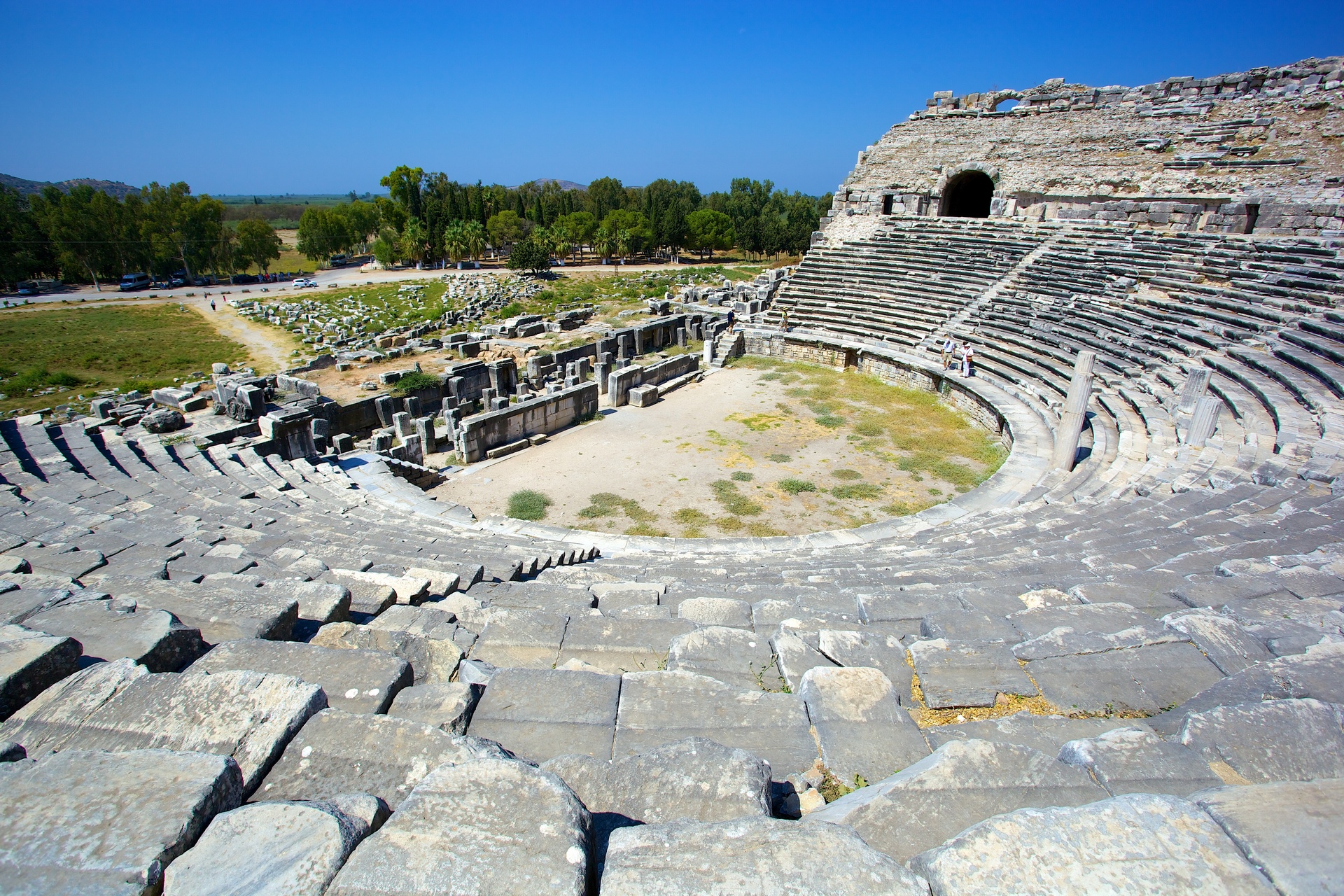 Miletus is an ancient biblical seaport city and the ancient capital of Caria and Ionia, about 36 miles south of Ephesus. It was located in southwest Asia Minor.

On his voyage from Greece to Syria, Paul touched at this port, and delivered a noble address to the elders (“presbyters,” verse 28) of Ephesus recorded in Acts 20:15-35.

Under the Greeks, Miletus flourished and was once considered the wealthiest and greatest of Greek cities.

The site of Miletus is now some 10 miles from the coast in Turkey. Its ruins are clearly visible and are visited by tourists. Its ancient theater is in relatively good condition.