Who is…
King Sihon 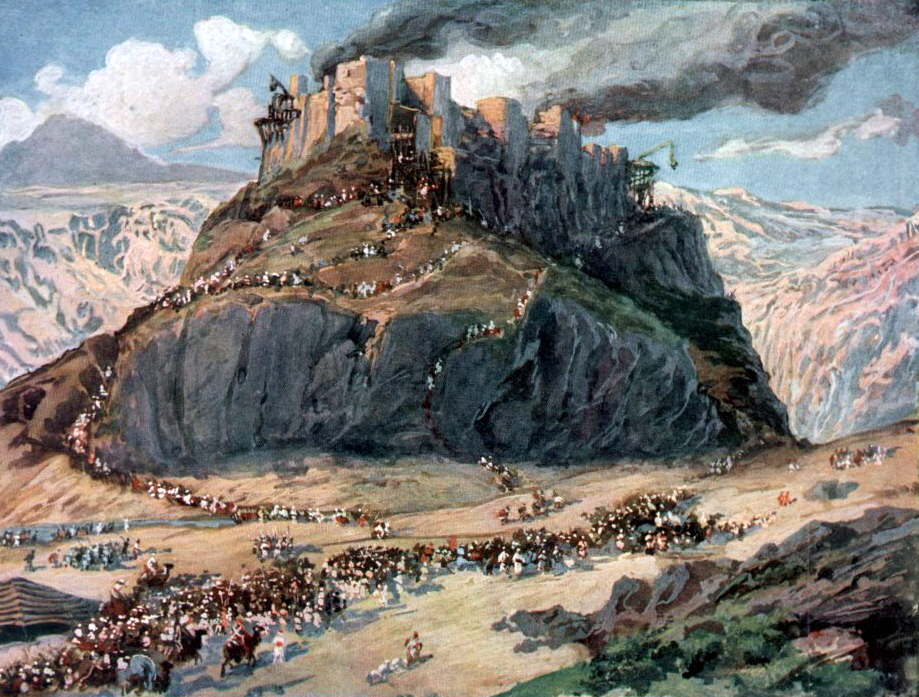 The Conquest of the Amorites by Israel as pictured by artist James Tissot.

Sihon was an Amorite king who opposed the Israelite Exodus to the promised land of Canaan.

The whole country on the east of Jordan, from the Arnon to the Jabbok, was possessed by the Amorites, whose king, Sihon, refused to permit the Israelites to pass through his territory, and arrayed his army against them.

The Israelites went forth against him to battle, and gained a complete victory. The Amorites were defeated; Sihon, his sons, and all his people were killed with the sword, his walled towns were captured, and the entire country of the Amorites was taken possession of by the Israelites (Numbers 21:21-30; Deuteronomy 2:24-37).

The country from the Jabbok to Hermon was at this time ruled by Og, the last of the Rephaim. He also tried to prevent the progress of the Israelites, but was utterly routed, and all his cities and territory fell into the hands of the Israelites (compare Numbers 21:33-35; Deuteronomy 3:1-14; Psalm 135:10-12; 136:17-22).

These two victories gave the Israelites possession of the country on the east of Jordan, from the Arnon to the foot of Hermon.