Did Adam have a belly-button?

See this page in: Dutch, Indonesian 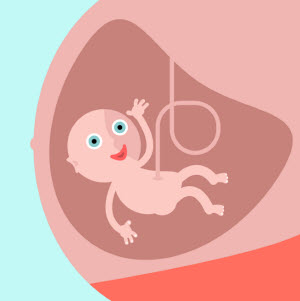 Belly-buttons (navels) are scars left where an umbilical cord once attached you to your mother. The cord gave you food and oxygen before you could eat and breathe. It broke off after you were born and left a cute little scar called a belly-button.

Did Adam have a belly-button? I believe we can say, “No—Adam didn’t. Neither did Eve.”

Why? Because your belly-button (navel), or tummy-button as it’s sometimes called, is a sign that you were once attached to your mother. You depended on that life-line—the umbilical cord—for your nourishment from her body as you developed inside her.

But our first parents, Adam and Eve, didn’t develop that way. I believe that God would not have planted on them a false indication that they had developed in a mother’s womb.

When God created Adam and Eve in mature form, the day they were created they might have appeared to be, say, 30 years old. But God wouldn’t want or need to create the appearance of a false history, any more than the mature trees created by God would have had growth rings initially. Those are things which would develop in their offspring as a result of processes later on.

What’s more, this would be a tremendous testimony to God’s creativity. Ken Ham once put it this way: Lack of a belly-button on Adam and Eve would be one of the biggest tourist attractions in the pre-Flood world, as the grandchildren and the great-grandchildren would come up and say, “Why don’t you have a belly-button?” And they could recount again and again, to generation after generation, how God had created them special by completed supernatural acts, and yet had designed them to multiply and fill the Earth in natural ways that are equally a part of God’s continuing care for what He created.

“…the LORD God formed man of the dust of the ground… And the LORD God caused a deep sleep to fall upon Adam, and he slept: and he took one of his ribs, and closed up the flesh instead thereof; And the rib, which the LORD God had taken from man, made he a woman, and brought her unto the man.”
-Genesis 2:7,21-22

What was Adam, the first man, really like? Learn more unique and fascinating facts about the man from whom we all descended!

Copyright © 1996, 1999, Answers in Genesis, All Rights Reserved—except as noted on attached “Usage and Copyright” page that grants ChristianAnswers.Net users generous rights for putting this page to work in their homes, personal witnessing, churches and schools.