What about the “Stone Age” people?

Archaeology shows that there have been people who lived in caves and used simple stone tools. There are still people who do the same. All people on Earth today are descended from Noah and his family. Before the flood, Genesis indicates there was at least enough technology to make musical instruments, farm, forge metal implements, build cities, and build a huge seaworthy vessel. After the dispersion from Babel, the hostilities induced by the new languages may have forced some groups to scatter rather rapidly, finding shelter where and when they could.

In some instances, the stone tools may have been used temporarily, until their settlements were fully established and they found and exploited metal deposits for example. In others, the original diverging group may not have taken the relevant knowledge with them. Ask an average family group today how many of them, if they had to start again, as it were, would know how to find, mine, and smelt metal-bearing deposits. Obviously, there has been technological (cultural) degeneration in many post-Babel groups. 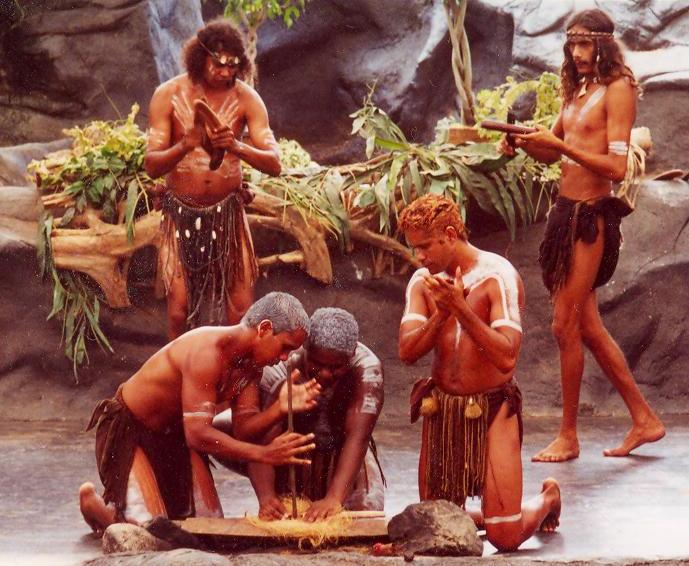 In some cases, harsh environments may have contributed. The Australian Aborigines have a technology and cultural knowledge which, in relation to their lifestyle and need to survive in the dry outback, is most appropriate. This includes the aerodynamic principles used in making boomerangs (some of which were designed to return to the thrower, while others were not).

Sometimes we see evidence of degeneration that is hard to explain, but is real, nonetheless. For instance, when Europeans arrived in Tasmania, the Aborigines there had the simplest technology known. They caught no fish, and did not usually make and wear clothes. Yet recent archaeological discoveries suggest that earlier generations had more knowledge and equipment.

For instance, archaeologist Rhys Jones believes that in the Tasmanian Aborigines’ distant past, these people had equipment to sew skins into complex clothes. This contrasts with the observations in the early 1800s that they just slung skins over their shoulders. It also appears that they were in fact catching and eating fish in the past, but when the Europeans arrived, they had not been doing this for a long time.1

From this we infer that technology is not always retained and built upon, but can be lost or abandoned.

Animist peoples live in fear of evil spirits and often have taboos against healthy practices like washing, and eating various nutritious foods. Again this illustrates how loss of knowledge of the true Creator-God leads to degradation (Romans 1:18-32).