Are black people the result of a curse on Ham? 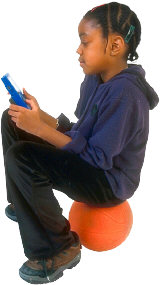 Discussions found in our other articles, such as "How did different skin colors come about?" show clearly that the blackness of, for example, black Africans, is merely one particular combination of inherited factors. This means that these factors themselves, though not in that combination, were originally present in Adam and Eve. The belief that the skin color of black people is a result of a curse on Ham and his descendants is nowhere taught in the Bible.

False teaching about Ham has been used to justify slavery and other non-biblical racist practices. It is traditionally believed that the African nations are largely Hamitic, because the Cushites (Cush was a son of Ham: Genesis 10:6) are thought to have lived where Ethiopia is today. Genesis suggests that the dispersion was probably along family lines, and it may be that Ham's descendants were on average darker than, say, Japheth's. However, it could just as easily have been the other way around.

Rahab, mentioned in the genealogy of Jesus in Matthew 1, was a Canaanite. A descendant of Ham, she must have married an Israelite. Since this was a union approved by God, it shows that the particular “race” she came from was not important. It mattered only that she trusted in the true God of Israel. Ruth, a Moabitess, also features in the genealogy of Christ. She expressed faith in the true God before her marriage to Boaz (Ruth 1:16). The only marriages God warns against are God's people marrying unbelievers.1

Copyright © 1996, 1999, 2000, 2001, Creation Ministries International, All Rights Reserved—except as noted on attached “Usage and Copyright” page that grants ChristianAnswers.Net users generous rights for putting this page to work in their homes, personal witnessing, churches and schools. Illustrations and layout copyright, 1999, Films for Christ