How much TV is too much TV? 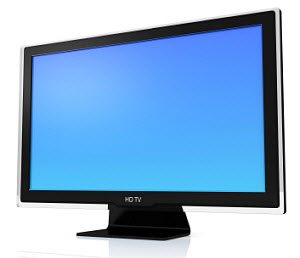 Many adults feel that since they freely watched television when they were young and don’t think that they were too negatively affected, TV doesn’t have a significant impact either on their children, or themselves as adults.

The difference, though, lies in the nature of the programs that were prevalent in the 50s, 60s and 70s, as compared to now. By and large, today’s parents were brought up on wholesome or family oriented programs that emphasized traditional, Judeo-Christian values. The most worrisome of the shows incorporated hard-to-explain “situation ethics,” or just simple (but fun) frivolity.

Many of today’s most popular youth and “family” programs, however, include varying degrees of sexual promiscuity, profanity, coarse joking, and anti-family/anti-Christian plots and sub-plots. Occultism, violence, and self-indulgent materialism are also found in a huge percentage of Hollywood’s offerings. Now more than ever, discretion is essential.

Although Hollywood has a lot to answer for, it’s important to remember that not everything that comes through TV is bad. It’s not our intent to alienate you from your TV. In fact, in our book How To Get the Best Out of TV, we present many refreshing, creative ideas of how you and your family can gain lasting control of, and benefit from, this valuable communication tool. A carefully programmed TV can be a beneficial ally!

However, because the average child between 2 and 11 years old watches over 27 hours of poorly supervised television per week; because the only thing that kids do more than watch television is sleep, and because we are convinced that most parents are unaware of the indecent liberties that modern media take with our children, we implore… “Your attention please!” 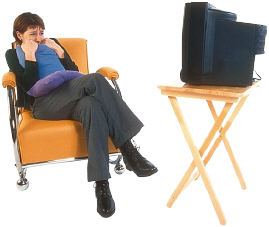 Dr. Jay Martin of the University of Southern California found that “in a multi-year study of 732 children, conflicts with parents, fighting with peers, and delinquency were correlated with the total number of hours of television viewing.”

It is troubling to note, especially for child care operators and parents who let their children watch moderate to large amounts of “only the good stuff,” that the “fundamental correlation is not between aggressive behavior and the viewing of violence on TV. Increases in aggression correlate with viewing television, not with viewing violent scenes.” 1 The process of viewing—the number of hours actually viewed—is the main factor correlated with negative behavior.

It appears that the best way to guard against over-aggressiveness and interpersonal conflicts is a two-pronged approach. First and most importantly, cut down on the total number of hours viewed. Second, eliminate all violent programs from your TV-viewing diet, so that a callousness to pain and suffering is not unnecessarily fostered in the hearts of your own children.

While attention grabbing headlines demand excellence in our nation’s classrooms, the evidence that too much television has an adverse effect on scholastic performance is overwhelming. The bottom-line is, the more television a child watches, the greater the negative impact on his learning and development. Our cries for educational reforms must be matched by reform on the home front—in our TV viewing habits.

Distorted view of sex and sexuality

In an effort to broaden and obtain a better selection of programs, the majority of American households now subscribe to cable TV services. Better control is not a benefit of the monthly service fee, though. In fact, in a study of 450 sixth-graders who watch cable, Oklahoma State University professor Godfrey Ellis found that a staggering 66% of the children watched at least one program a month that contained nudity or heavy sexual content.

Where do Christian children develop their weakened moral ideas? A substantial part of the blame can be laid to poorly managed television. A child may attend Sunday School for one hour a week, church for two more hours and never really hear about God’s prohibitions regarding premarital sex. But when a child has unlimited access to the world’s perspective at the rate of 25 to 30 hours per week, which ideas can we expect to have the most influence?

Dr. Robert Klesge’s, a researcher at Memphis State University, found that “children watching TV tend to burn fewer calories per minute—not only fewer than those engaged in active play, but also fewer than those who are reading or ‘doing nothing’—in fact, almost as few as children who are sleeping.”2 And the heavier a child is, the more grave the effect. For children of normal weight, “TV-watching triggered a 12 percent (metabolic) drop… The metabolic rates of obese children fell an average 16 percent.”3 Dr. Klesge’s suggested the obvious. “It seems prudent for people of all ages who have weight problems to curb their time in front of the tube and do something more demanding instead.”4

It is estimated that the average child sees 20,000 commercials per year. Unlike adults, who often mute out commercials, or who get up and make a mad dash for the bathroom during the 60 to 180 seconds that they are allotted, children like TV ads. They like to be told what to lobby for…and lobby they do. 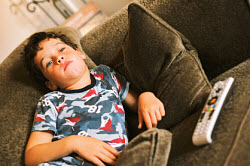 Youngsters who should be outdoors getting bruised, dirty, and exhausted, exercise only their blinking eyelids as they sit entranced, hour after hour, in front of the tube. Evidence indicates that television interferes with the capacity to entertain oneself and stifles the ability to express ideas logically and sensitively. Television viewing replaces essential play activities with passivity rather than activity. 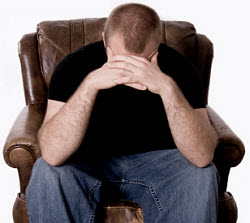 Parents often regret not spending more time with their children. However, “two-thirds …say they would probably accept a job that required more time away from home if it offered higher income or greater prestige.”6 Caught in time-binds that limit the number of hours available for family interaction, equally problematic is the average family’s misuse of the TV set.

Poorly managed television wastes opportunities for kids to learn how to relate to other people, including their parents and siblings, and relating with their families is a desire of today’s youth. In a nationwide, ethnically balanced survey of 750 ten to sixteen-year-olds, “three-quarters said that if they had a choice between watching TV or spending time with their families, they’d opt for family time.”7 Instead, in the strong words of one author,

“Parents have abused their children in order to benefit themselves, turning the TV set into a constant and convenient baby-sitter.”8

I’m convinced, however, that the family’s loss of control of its time is one of the most perplexing of the problems faced by parents today. We recognize the fact that values completely contrary to those that we want our children to absorb are being shot—rapid fire—through the TV set into the living room. We realize that, as the family supper table succumbs to the chatter of TV noise, hope for a daily period of sharing, caring, and interaction is almost zero. Yet we stay “tuned in” anyway. When one considers that the average household now spends almost 50 hours per week with the TV, yet mom and dad allot only 27 minutes during the same week to focus on and talk to each other, it’s little wonder that relationships suffer. And when families suffer, society itself feels the results. 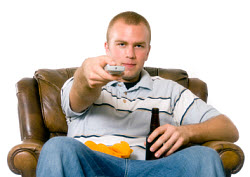 Children of all ages need adult contact. While a teenager’s vehement verbal attacks may suggest otherwise, they need adult/child relationships for reassurance that they are loved, and for instruction in the ways of adult society. Author/lecturer Josh McDowell has repeatedly stated that he often has teenagers come to him, convinced that their parents don’t love them. When asked why they feel this way, many respond that they just don’t feel important. Their parents don’t try to spend time with them anymore. In fact, poorly managed TV has become one of the primary impediments to relational richness in millions of American homes.

After a lively meeting where we had been invited to challenge a large group of Christian teens about their TV habits, a teen-aged girl shyly came to my wife, Karen. The girl was heartbroken by the way that television stood between her and her parents, and between them and God. She was convinced that she was not as important to her mom and dad as were their TV sets. This teen actually wanted to get closer to her parents. But the way that TV was used in her home made true closeness an all-but-impossible dream. Most disturbing of all, her parents would be surprised, even angry if anyone were to suggest that maybe TV rated too high a priority in their average Christian family.

If someone in your home wants some uninterrupted time to share some problems or feelings, do you sometimes respond with, “Shhh, I’m watching TV”? That phrase is a strong indication that television is the basic presence and all others are considered interruptive. When we put TV ahead of people, it reveals a lot about the value we place on others.

Remember, children learn from parental example—whether that example is lethargy or loving involvement, harsh words or gentle speech. Will you give prime time to your family, friends, church? Make a commitment for just one or two weeks to improve your viewing habits. Refer to our reproducible forms, TV-alternative activities, and helpful video evaluations to help you in the process. Its really true, you can get the best out of TV, without letting TV get the best out of you!

Copyright © 1996, Films for Christ, All Rights Reserved—except as noted on attached “Usage and Copyright” page that grants ChristianAnswers.Net users generous rights for putting this page to work in their homes, personal witnessing, churches and schools.