THE NEW TOLERANCE—It’s politically correct, but does it hold dangers for followers of Christ? Is love the same thing as tolerance? 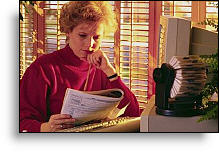 Not long ago, the word ‘tolerance’ meant 'bearing or putting up with someone or something not especially liked'. However, now the word has been redefined to 'all values, all beliefs, all lifestyles, all truth claims are equal'.1 Denying this makes a person 'intolerant', and thus worthy of contempt.

Where does this leave Christians? Jesus said,

'I am the way and the truth and the life. No one comes to the Father except through me' (John 14:6).

And the apostle Peter said,

It is by the name ofJesus Christ of Nazareth, whom you crucified but whom God raised from the dead Salvation is found in no one else, for there is no other name under heaven given to men by which we must be saved. —Acts 4:10-12

The new definition of ‘tolerance’ makes the Christian claims to exclusivity “intolerant,” which supposedly justifies much of the anti-Christianity in the media and the education system.

But this argument is glaringly illogical and self-refuting. That is, if these ‘tolerance’ advocates reject Christianity, then they are not treating this belief as 'equal'. So, in practice, to paraphrase George Orwell in Animal Farm, all beliefs are equal, but some beliefs are more equal than others. The result is extreme intolerance towards Christianity from people who talk so much about tolerating all views. In short, they are intolerant of intolerance, so logically they should be intolerant of themselves!

The hypocrisy of the new tolerance was shown recently at two universities. At Texas Tech University (Lubbock), Michael Dini, professor of biology, said he would not recommend any students for medical school if they did not believe in evolution. Dini's university rushed to defend him on the grounds of 'academic freedom'.2

Contrast that with what happened at Sydney University in Australia. A number of top academics signed the following statement in a full-page student newspaper advertisement:

'On any criteria, Jesus Christ is one of the great figures of history. More than that, his claims to be the Son of God, who has made God known and taken away the sins of the world, bear up under the closest scrutiny. This is our conviction, and we urge every student to thoroughly investigate this unique figure, Jesus'.

This evoked hysteria about religious intolerance and misuse of academic freedom. Some anti-Christian students even raised paranoid fears about discrimination.3 Yet the above statement said nothing of the kind, unlike Dini's overt intolerance and discriminationagainst biblical Christianswhich was happily tolerated.

Danger in the general philosophy of tolerance

There is a great danger lurking in the general philosophy of tolerance. In Australia, a group formed and called itself Toleration, which many Christians viewed as a harmless organization with a worthy cause. Toleration's goal was to promote a tolerance of all religious ways, beliefs and doctrines. Their major theme was “We've got to stop being intolerant of other people's beliefs. Everyone should have a right to his or her own opinion on any matter.”

Eventually the organization issued a promotional leaflet espousing this “tolerance” of all beliefs. What did the very first page contain but a detailed list of all the things they were against! They said they were for tolerance of all beliefs, yet they were in-tolerant of the teaching of Creation and the absolutes of Christianity.

People who teach a tolerance of all beliefs almost invariably oppose Christianity. They cannot tolerate Christians saying, “Here's what's right and here's what wrong. God says it. And so that is final.” They reply, Oh, no. We can't tolerate that. We've got to tolerate all beliefs.”

There is yet another sad aspect to the philosophy that all people have a right to their own opinions. Not only is this being emphasized in our public education system, but it is reaching out from there and permeating all parts of our society, even our churches.

What happens today when churches address issues like abortion, homosexuality, women's role in the church, and so on? All too often, Christians are simply offering lots of different opinions, eagerly expressing their own ideas and beliefs. Often their leaders participate by merely summarizing these differing viewpoints and stopping short of supplying a definite conclusion about what is right or wrong according to God's Word.

The wonderful truth is that, as Christians, we can base our lives on something much more substantial than mere personal opinions! We have foundational knowledge from an Infinite Being, our Creator, to guide us. The record of this basic knowledge begins in the most foundational of all books, Genesis. Our Creator has not left us to find our own way; he has provided directions and specific principles by which to live. Christian leaders should be reminding people that God owns us and therefore sets the rules. What he says must be the basis for all our thinking and behavior.

Our conclusions must be based on the foundation of God's Word, not on fallible human opinion!

The difference between tolerance and Christ's love

We must humbly pursue truth. It may be difficult to speak the truth in today's climate, but Jesus said,

“The truth will set you free.”

Pursuing truth in this context means countering the new doctrine of tolerance. It means teaching our children to embrace all people, but not all beliefs. It means showing them how to listen to and learn from all people without necessarily agreeing with them. It means helping them courageously but humbly speak the truth, even if it makes them the object of scorn or hatred.

We must always remember, however, that when the apostle Peter told us,

“Always be prepared to give an answer to everyone who asks you to give the reason for the hope that you have,” he added, “But do this with gentleness and respect” (1 Peter 3:15).

We must aggressively practice love. Everyone loves love, it seems, but few recognize how incompatible love is with the new tolerance. Tolerance simply avoids offending someone; we must help our children live in love, which actively seeks to promote the good of another person.

Tolerance says, “You must approve of what I do.”
Love responds, “I must do something harder; I will love you, even when your behavior offends me.”

Tolerance says, “You must agree with me.”
Love responds, “I must do something harder; I will tell you the truth, because I am convinced ‘the truth will set you free.’”

Tolerance says, “You must allow me to have my way.”
Love responds, “I must do something harder; I will plead with you to follow the right way, because I believe you are worth the risk.”

I believe the dreadful potential of the new tolerance can be averted, but only with a renewed commitment to truth, justice and love. And, as it happens, that powerful trio of virtues can do more than prevent disaster; it can bring about true community and culture in the midst of diversity and disagreement.


What does it mean to be tolerant? The dictionary defines tolerance as respect for opinions, beliefs, and practices that differ from your own. But in our polarized cultural climate, it has come to mean something else entirely.

See with Greg Koukl has to say…