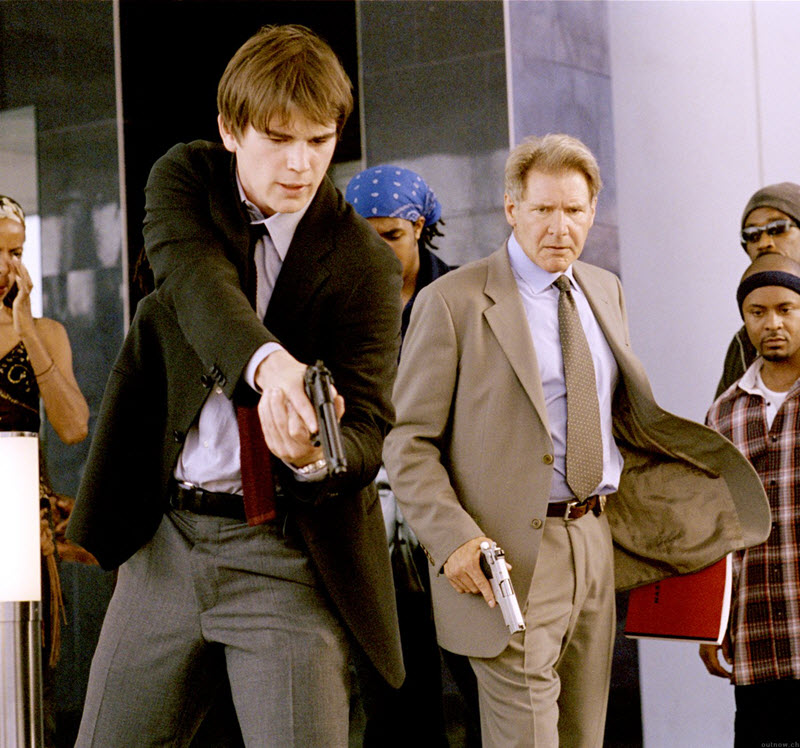 for violence, sexual situations and language. 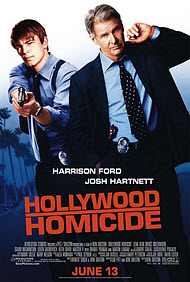 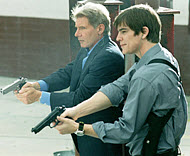 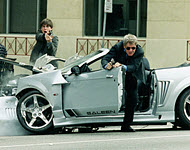 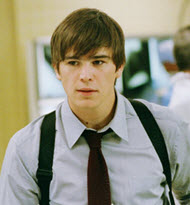 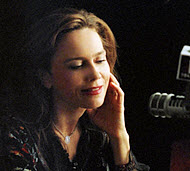 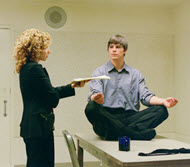 Who was the world’s FIRST MURDERER? 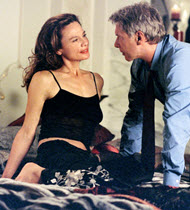 fornication and lust in the Bible 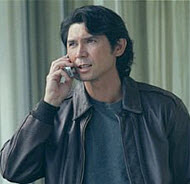 When a movie is ruined by unnecessary offensive content, it’s often because the bad is so strong it overcomes the good. But occasionally you’ll find a case where the offensive content isn’t very heavy, but there IS no good. And this is one of those films. Okay, the bad guys do get caught at the end, I guess that’s a good thing—but if something that’s in almost every movie is the only good thing in a movie full of profanity and sexual situations—oh, and “good guys” who steal cars—that’s not saying much, is it? The lack of any good morals to walk away with makes the offensive content stand out—when it would otherwise be not too worse than average—so that is all the movie leaves us with. There are a few lines to nod at in this film, but the point is that you don’t walk away with anything good.

I’ll briefly go over the plot as best I can; I just hope I remember it well enough. I got so bored, I probably zoned out some times. Two detectives, Gavilan (Harrison Ford) and Calden (Josh Hartnett), have to investigating the murders of a DJ’s rappers, while also trying to keep up with their jobs—real estate and acting, respectively. They also have to work against a crooked cop who is bitter toward Gavilan. But to catch the killers, they need to elicit paranormal help from Gavilan’s girlfriend.

There are thirteen misuses of “God,” four of “Christ,” two of “Jesus,” ten of “damn,” two of “hell.” (A few of those are combined in their traditional ways.) I heard one f-word in a song, but it’s hard to tell in many cases. Once again, I’m glad secular rap is hard to understand. There are several s-words, and an occasional use of other, milder language.

Most of the violence is just action—chases, dodging gunfire, and the like. The crime scene just shows bodies with some blood on them. There’s one scene that shows bullets hitting a villain, but it’s not bloody.

There are two scenes of sexual innuendo. Despite the fact that there’s no nudity, they’re still very sensual and show lots of skin. In both cases, the activity is between people who are not married.

Some of the offensive content is important to the plot. As I mentioned, Gavilan’s girlfriend uses mental witchcraft help to the detective. This is actually what leads them to where they need to go, so it is a very important step in the investigation. Also, Calden is involved with yoga, not just for the physical health, but for pagan spirituality.

The other main thing is the thing I am so sick of seeing in cop movies—cops stealing cars. I am indignant at how many movies have hot pursuit scenes where cops steal people’s cars to get away or chase someone. In this movie, both detectives hijack cars. In fact, Calden hijacks a car with two young children in it, and is using it to chase the villains—putting their lives in danger. This is meant to be funny, but should be angering.

Regardless of moral quality, this film is very poor. Even secular reviews, who may not be bothered by the offensive content, all agreed that it was terrible. The initial idea is clever, but the plot that was built on it just didn’t work out. The script was under par. It’s supposed to be a comedy but humiliates itself; I can think of about two scenes in this film that I thought were actually funny. The effects and some of the scenery were okay. The acting is very good, but this film is not worthy of Harrison Ford. There are some clever strategies, but nothing you wouldn’t find in Guy Ritchie’s Sherlock Holmes movies—or the old black and white Sherlock Holmes movies, for that matter.

Ironically, when Hollywood made this film, which is set in Hollywood, it showed us just how perverted they are. They depict themselves honestly, but the dirt is glamorized. For anyone who’s still even reading this, I don’t recommend “Hollywood Homicide.” It’s just one big disappointment.

Negative
Negative—This is a dreadful waste of time! It is supposed to be an action comedy, but the action is predicatble and on occasion boring while the comedy, although sometimes drawing a smile, is hardly side-splitting. The plot is thin and unsurprising and the characters are mostly shallow. Christian families will not appreciate the pervasive and often gratuitous coarse language or the sexual situations.
My Ratings: [Very Offensive/1]

Alan Wilson, age 44
Negative—How many times can a PG-13 film use God’s name in vain? The actors in this movie said it so often I lost count…
My Ratings: [ Extremely Offensive / 2]

Mark L., age 34
Negative—As a Christian that chooses not to watch R rated movies, I had to recheck the rating on this. The language alone—including (especially) the Lord’s name in vain should have put it in the R category.
My Ratings: [Very Offensive / 2]

Wendy, age 38
Comments from young people
Negative—This movie was the worst cop movie I have seen! It was poorly made, and was pointless to watch. In addition to this it was very offensive! They say God’s name in vain at least twenty times, swearing (including racial slurs), their is sexual situations (they get a lot of chicks), and violence. When my father watched this movie with me, we forwarded thru the last ten minutes just to see what happens in the end, it was so predictable too! If you want to watch a very stupid police movie with Harrison Ford, and Hartnett, watch this movie!
My Ratings: [Very Offensive/1]

Nick, age 13
Movie Critics
Beyond its artistic failings, Hollywood Homicide is loaded with offensive language, takes joy in violence, and asks families to cheer studs Ford and Hartnett as they ‘score’ more often than the Anaheim Angels.

Bob Smithouser, Plugged In (Focus on the Family)
…violence, a casual treatment of premarital sex, a few racial slurs, and some rough language

Alan Boyer, Preview Family Movie and TV Review
The result is jittery and distracted, a little like watching separate movies running at the same time.

Margaret A. McGurk, Cincinnati Enquirer
As one of the year’s worst movies, someone should be arrested for this.

William Arnold, Seattle Post-Intelligencer
…It’s definitely entertaining but nothing unusual or out of the ordinary. …stuck with a script that has them using harsh religious profanity, spewing needless crude language and uttering stupid dialogue, it demeans not only their characters but ruins their integrity. …‘too adult’ for the young teen PG-13 crowd…