for some sex-related humor 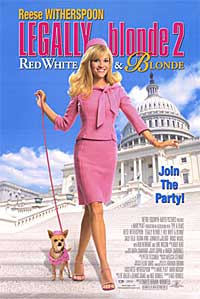 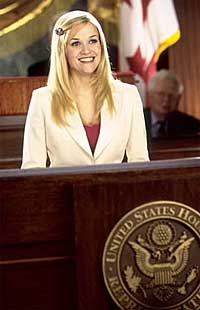 Political Correctness—How important is it? Answer

Read stories about those who have struggled with homosexuality—Go…

Elle’s initial motives for moving to D.C. seem selfish and laughable, her materialistic shopping and beauty habits are exaggerated, and her values are slightly skewed from what most would call “normal,” but beneath Elle’s designer outfits beats a heart of pure gold and an admirable determination to defend the powerless. (For information on biblical women of admirable character, click here.)

As Elle crusades for animal rights on Capitol Hill, she finds ways to hilariously serve her fellow congressional aides, presenting the idea of a “Snap Cup” full of compliments when their vicious bickering threatens her cheery office environs. In her quest to see a new bill (emblazoned inside a hot pink folder) passed through Congress, Elle persistently uses her expertise in beauty and calls on easily-made friends to gain the influence needed to achieve her goals.

Even when Elle is wronged and viciously attacked by her peers and mentor, she responds with grace and straightforward honesty. Though obsessive about her looks and others’, Elle is a great role model for young women, as she stands up for her beliefs and lovingly encourages others to set loose their potential. To learn more about becoming an encouraging influence among those around you, click here.

“Red, White, and Blonde” is also a positive call for young people to let their voices be heard in government. The point the filmmakers may be trying to make: “If a character this naive can make a difference, maybe I could, too.”

Reese Witherspoon plays Elle with the right notes of earnestness and bravado beauty queen. Her co-stars, Sally Field, Bob Newhart, and especially Bruce McGill and Dana Ivey fill what could have been stereotypical roles with charm and some fun surprises.

You can take your teens to Legally Blonde 2 and enjoy it with this warning: the film contains several references to homosexual behavior (mostly by dogs) that parents may need to answer questions about later. There is also a dance sequence inside the Capitol among a group of interns that is sexually suggestive.

FURTHER NOTES FROM THE PUBLISHER: This is a teens and adults film only. The expression “Oh my G-d” is used many times. There are various adult jokes, a few sexual innuendoes, and some crude language (including “H-ly cr-p” and “Give ’em h-ll”). In addition, although this movie is non-violent, relatively clean for a PG-13 film, and does make some good points, some parents may choose to have their teens skip this one because of their views about the following content.

Like many films these days, this one contains an unnecessary “gay” subplot. This was not the case in the first Legally Blonde. Various viewers have told us that it struck them as particularly inappropriate in this film. Not only does Elle have a stereotypically gay personal assistant, but Elle’s male dog is also portrayed as “gay” and having a sexually aroused relationship with the “gay” male dog of a congressman. This is a running gag in the movie.

According to the Los Angeles Times (June 29 issue), the director of this film (Charles Herman-Wurmfeld) is a “long-time liberal activist.” He campaigned for Howard Dean for U.S. President. His first movie was KISSING JESSICA STEIN (a lesbian comedy). We assume that he is responsible for including such content as this: A conservative congressman accepts his dogs homosexuality and bring him “out of the closet” in a legislative committee, saying: “My Rottweiler is of the homosexual persuasion. …I couldn’t be prouder of the little flamer.” The fictional “Gay Dogs of America” association receives Elle’s campaign help. One of the sorority girls is a guy in drag or a transsexual. A couple of Elle’s pals appear in S&M clothing on a Maxim magazine cover. The dogs are shown in S&M type garb. Herman-Wurmfeld is more than willing to promote the gay agenda in this way. Be warned that this movie is not recommended for pre-teens for good reason.

Neutral
Neutral—Let me strongly caution anyone from seeing the new movie by Reese Witherspoon—“Legally Blonde 2.” This movie is not what it appears and is not simply a sequel to the first one—“Legally Blonde.” What appears to be a funny, perhaps silly “date night” movie has, in reality, a heavy gay theme and some relatively shocking gay innuendo’s… I am usually not this passionate about blackballing a movie, but this one is not funny, poorly acted, insulting and down right disgusting.

This is probably one of the strongest gay-themed movies I have ever heard of, much less seen. I highly recommend you avoid it and tell others to do the same.
My Ratings: [Very Offensive / 1]

William Wilson, age 50
Negative
Negative—I was very disappointed in the sequel to “Legally Blonde.” It was evident that some “special interest groups” had a hand in the writing of the story line for the new movie and that’s unfortunate because with a little more thought, they could have come up with a story that was less offensive and would appeal to a broader audience.

The movie was based on an “Animal Rights” theme, and there was a reference to Elle Woods dog Bruiser being a “homosexual” dog. To me the most offensive element of the film was the taking of the name of GOD in vain. The phrase “Oh My G__” was used several times in this film, and I’m really starting to believe that the writers are doing this just to irritate those of us who are offended by it.

To anyone planning to see this movie, save your money, and go to a more entertaining family-friendly movie like “Finding Nemo.”
My Ratings: [Very Offensive / 3]

W. Seward, age 56
Negative—My friend and I went to see Legally Blonde 2 for a ladies night out. LB1 was a cute, fluffy movie that required no thought and was relatively tame, yet entertaining. LB2 was nothing but fluff and cheesecakes. Instead of getting a good value for our dollar and a night away from the kids, we watched a cheesy movie with some scenes that boarded on gross. The interns dancing around like dogs was really bad. I would NOT recommend it at all.
My Ratings: [Very Offensive / 1]

Jeannine, age 36
Negative—My husband and I were extremely disappointed in this movie. It reflected a very liberal “animals before humans” point of view, since the bill she was trying to get passed was and animal rights bill. Aside from the that, there was the very offensive plot of the homosexual animals. A total waste of our time.
My Ratings: [Very Offensive/1]

Janet Burkenpas, age 37
Comments from young people
Neutral—This sequel to the first “Legally Blonde” didn’t live up to what it was advertised as. The movie lacks excitement, and contains some questionable sex humor. Her dog turns out to be gay and has a physical relationship with a doberman. This movie could have been better if the producer would have applied more moral values instead of homosexuality. I saw this movie with my two older sisters and we felt the same. If a third LB is released, I will not see it.
My Ratings: [Average / 2]

Paul Hopkins, age 14
Positive—I felt like this movie did not meet up to my expectations both in the storyline and in the entertainment factor. The movie had some silly jokes, but was not very offensive in my opinion. It had hardly any curse words, but did take the Lord’s name in vain. If you are looking for an intellectual movie, this movie is not for you. It had some homosexual scenarios, but if you look past this it is not very bad. This movie is mostly geared towards teenage girls, so if you do not fit into that category, I would not recommend seeing this movie.
My Ratings: [Better than Average / 3]

Danielle Darby, age 14
Neutral—I was very excited when I learned there would be a sequal to Legally Blonde. I absolutely loved the first movie and figured the second would be even better. Boy, was I wrong. The second movie did have some cute parts, and you do have to love nReese Witherspoon. She’s a great actress. But I was extremely dissapointed. There were a few funny scenes, but not that many. The whole gay dog thing was uncalled for. It was funny, but uncalled for. Also the whole plot was lame. I mean who wants to sit and watch a two hour movie about saving some dog’s mother? It was hard to stay awake. I think they could have done such a better job.
My Ratings: [Average / 3]

Amanda, age 16
Negative—There was a lot of talk about homosexuality and how it is okay to be that way. This was very offensive to me. Although I enjoyed the first movie, the second was not as good. It was the normal Hollywood scenario, which is the fact that they needed this movie to have more questionable topics and situations then the first. The writing was also poor. All in all this movie was not worth seeing or renting.
My Ratings: [Very Offensive / 1]

Colbeigh Harris, age 16
Neutral—I thought that it was in some parts hilarious, but in others, not so much. I thought that the first one was a lot better and funnier, so did a lot of my friends that went with me, even though some might have found the first one as offensive.
My Ratings: [Better than Average / 4]

Layton, age 12
Negative—This (next to Croc Hunter) is the worst movie I’ve ever seen. It is a boring ripoff of the first one. There are unnecessary gay remarks and mild language. The first one was one of the funniest movies I’ve ever seen. But this… was a complete waste of time. Note: there are very few movies I don’t like.
My Ratings: [Average/1]

Rod Gustafson, Kids-In-Mind, One Voice Communications
…this cinematic “lecture” also includes not-so-subtle homosexual endorsements and misuses of God’s name. That may make Christian parents opt their teens out of this civics lesson…

Loren Eaton, Plugged In, Focus on the Family
…Abhorrent …Homosexual Kitsch… It is totally irresponsible for the filmmakers to allow this series to be hijacked by a member of the radical homosexual left…

Ted Baehr, Movieguide
…a faint carbon copy of the first, where the ink of originality fades but remains visible thanks to the irresistible charms of Reese Witherspoon.