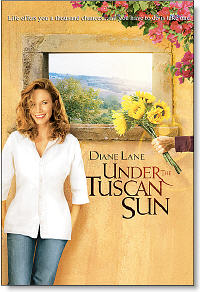 What about gays needs to change? (It may not be what you think.) Answer

Same sex marriages, what does the Bible say? Answer

Are you a woman who is caught up in a homosexual lifestyle? Read a woman’s personal story of deliverance from homosexuality—GO…

How can I gain victory over temptations? Answer

Learn how to make your love the best it can be. Christian answers to questions about sex, marriage, sexual addictions, and more. See our valuable resources for Christian couples, singles and pastors.

“Under the Tuscan Sun” reveals much more than miles of coastline with rolling hills. Though it is a lax adaptation from the bestseller Frances Mayes, the writer-director Audrey Wells adds a few questionable scenes. The kiss of two lesbian friends, lewd acts between Frances and a stranger with heavy petting, a nude portrait with only a feathery boa to hide the female’s private areas are among the offensive scenes. Promiscuity is explored throughout this movie, which includes two passionate young adults. Blasphemy of God is mentioned with a concentration on devotion to Saints and Mary, the Mother of Jesus. Though the first ten minutes of the movie was without offensive language, it was rare but present throughout the rest of the film.

Frances (Diane Lane), a literary professor and critic who is happily married and attending a former student’s book signing discovers by coincidence that life is not what she thought. Her life has been “fictional,” and unbeknownst to her, she had the lead role. A fellow author at the release party tips her off that her husband is living out his teenage fantasies—the very thing she criticized in his book.

A light-hearted Frances quickly turns to a brokenhearted who-done-me-wrong song. While settling for divorce in the lawyer’s office, she models black smudges under her eyes trying to get past the hurt. He reassures her that she will find happiness again. Meanwhile, he drops a “bomb” on her. The husband is demanding alimony but with a brighter side—the bargaining chip—he would like her to relinquish the home and buy her out of the property.

Frances’ world is crumbling and fast. Before breaking free and moving, she comes to grips with the notion that taking any of the household furniture or furnishings would only remind her that it was all a lie anyway. So, she settles on just three boxes of books and a small glass vase.

Her female friends, who are blatantly homosexual, decide to upgrade their coach tickets for Frances, a gay tour of romantic Tuscany, because they are expecting a child. Their fear is that she will make a permanent residence at “Camp Divorce,” her current domicile, and is in danger of never recovering. They further the enticement with wisdom as they encourage her to make a turn either left or right at the crossroads intersection.

After a mishap at her apartment building, a dysfunctional dwelling, she accepts the offer to the unknown of Italy through the “Gay and Away Tour.” While on tour she is enchanted by a free-spirited English woman in the market and follows her closely only to lose her in the ally. However, she does spot a posted real estate sign, “Villas for Sale.” Though the idea intrigues her, it is not until the continuation of the bus tour when she again passes the villa that she decides to further investigate the sign.

Without a walk-through, Frances decides to make an offer to the owner, an elderly Countess, but the offer is denied. However, the Countess receives a sign when bird droppings fall on Frances’ head and she shouts, “Graci Dio.” Frances had made a resolution that she could never go back. This three hundred-year-old villa with land in a foreign country are to be called home.

As Frances settles in this quaint European countryside, she finds herself connecting with many people. She hires a team of Polish men to remodel the villa, and they soon become her surrogate family. Her friendship with a sophisticated English woman has her dreamy-eyed about things she has never tried. The gentleman real estate broker becomes fond of Frances also. Still, there is no suitable companion. Yet, she is finding purpose by giving to others through her love of cooking.

On the run to escape some Italian onlookers, she takes the arm of a stranger, Marcello (Raoul Bova). They find themselves smitten with one another, and after a brief visit with Marcello’s family, she invites him to have intercourse. She’s overwhelmed with feelings the morning after and rejoices, but misconstrues it for the true love. They never do meet again until the end, with her heart broken in pieces in the aftermath. Frances comes away with a few hard-to-learn lessons. She realizes that divorce, though a painful process will not kill you, and neither will a broken heart. And, through her search for the real thing, though she has not yet attained it, she still believes it exists.

My advice to people who are tempted to give up on life: When active in fear, it is impossible to be in a realm of faith, nevertheless, both activate an outcome. Fear attacks desires and dreams, while faith allows the impossible to become a possibility. Having faith only requires that you believe the result without a prediction of the process. Putting faith into action is imperative in giving birth to dreams. Put down the tracks before the train ever arrives, believing it will come.

Fear, Anxiety and Worry… What does the Bible say? Answer]

Negative
Negative—In the breathtaking beauty of Italy as seen through the eyes of a creative writer, this setting is a real stunner. Reeling from a heartbreaking divorce, a writer receives a paid trip to Tuscany which was given to her by her two gay female friends (who inexplicably were with child). She travels there with a gays-only crew who attempt to cheer her up.

Her sources of strength are ecclectic, but include married gentlemen, other single women in similar plights, a rule-breaking mystery woman, and even the virgin Mary. The real beauty of the movie is Tuscany itself; first its physical beauty and then ultimately the people and culture of the land. There is a real sorrow felt for the struggling writer as her dreams continue to come up empty. She really appears ungrounded and lacking in any real compass. A real pity is fostered which comes from her life of little sacredness. Her language is quite shocking especially early on.

Each time she broke rules that God has placed for all of our protection, we collectively cringed knowing that in each case it would lead to yet another round of emptiness. Contrasted with the breathtaking beauty of the world around her, the shattered and shifting circumstances that she often put herself in only reinforce the need for the loving and caring God.
My Ratings: [Very Offensive / 4]

Ryan McWhorter, M.D., age 35
Negative—Very disappointed in this film. Read Frances Mayes’s book, “Under the Tuscan Sun” and loved the lyrical and vivid descriptions of her beloved villa—Bramsole, the food, the people, and the countryside. I felt the book was responsible for a small migration to see Tuscany. I wanted to see this story come to life! There were stories, but none that I read in her book.

The film focused on to many other relationships and distractions. Where were the stories of restoring the villa, the enjoyment of living at a slower pace, the pleasures of the fresh food and Tuscany’s markets? There was a running gay subplot throughout the film, (gay friends expecting a baby)underaged teenage lovers, and a strong suggestive sex sequence. This is an adults only film, it’s not for teens. But, I wouldn’t recommend this film for anyone.
My Ratings: [Extremely Offensive / 2]

ScreenIt!
…an attractive fairy tale of a film, with a likeable cast, beautiful scenery, and genuine, heartfelt sincerity. But… nothing more than a… chick-flick, movie-of-the-week on the big screen.

David Levine, FilmCritic.com
…a chick flick that deserves a good showing at the box office… It has romance, beautiful people, a magnificent backdrop in Tuscany, Rome and Florence, good characters and a nice arc of hope. I give it a B.

Robin Clifford, ReelingReviews
…the story is too slow for the average moviegoer. Positive treatment of casual sex and the homosexual lifestyle along with some offensive language…

Preview Family Movie and TV Review
…One use of the f-word and half-a-dozen uses of the s-word, along with about four other profanities. God’s name is abused about 15 times and Jesus’ once…