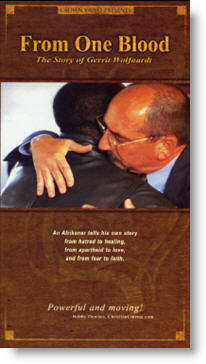 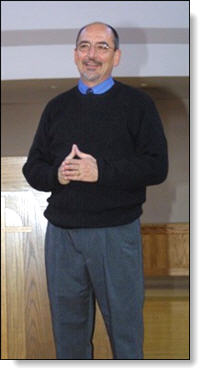 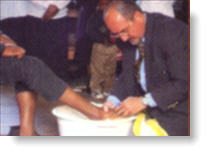 Read our review of the award-winning Christian dramatic movie on racial reconciliation in South Africa on which this documentary is based: FINAL SOLUTION

Are black people the result of a curse on Ham? Answer

Racism, Ethnicity Issues and Christianity—Get biblical answers to racial hot-topics. Where did the races come from? How did skin color come about? Why is it important to have a biblical foundation for such issues?

Here’s what the distributor says about their film: “An Afrikaner tells his own story—from hatred to healing, from apartheid to love, and from fear to faith. Afrikaner Gerrit Wolfaardt was born into prejudice. Everything he had been taught since childhood-from his family, his church and his culture-told him that apartheid, or separateness, was right and natural. He became a self-proclaimed disciple of Hitler, and hatched a diabolical plan to rid South Africa of “The Black Danger.”

His ideology was challenged by Celeste, who later became his wife, and by the book Cry the Beloved Country. His search for truth led him to question beliefs that had been passed down from the past. In this documentary, Gerrit shares the amazing journey that resulted in his radical transformation. Also included are scenes from “Final Solution,” a feature film based on his life.

Today, Gerrit takes the message of racial reconciliation to people in the United States and South Africa. He and Celeste live in Colorado; they have three children.”

See our review of FINAL SOLUTION.