The Perfect Holiday a.k.a. “Un nuovo marito per mamma”

for brief language and some suggestive humor 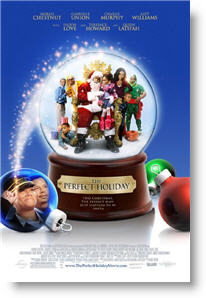 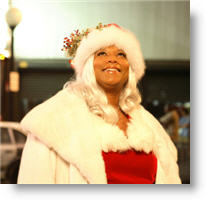 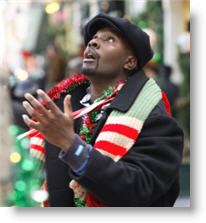 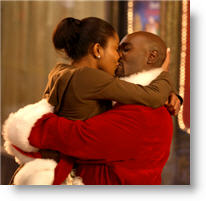 “This Christmas, the perfect man just happens to be Santa.”

Here’s what the distributor says about their film: “An African American take on the classic and beloved Christmas family film, ‘The Perfect Holiday’ tells the story of Nancy (Union), a divorced mother of three who is so busy raising her children that she’s forgotten to take care of herself as well. With Christmas fast approaching, she decides to take her kids to the mall to meet Santa Claus, not knowing that her youngest daughter Emily (Khail Bryant) has sensed her mother’s sadness and is determined to use her time with Santa to make her mom happy again. Just a few days prior, Emily heard her mom say that all she wanted for Christmas was a compliment from a man, so that’s exactly what she tells Santa. Ironically, Santa, as it turns out, is office supply salesman and struggling songwriter Benjamin (Chestnut), who ends up giving Nancy just what she wants for Christmas, and much, much more.”

A “perfect holiday” is described as one spent with the entire family happily wrapped up together. For our main characters Nancy and Benjamin, though, that sort of holiday doesn’t seem likely. Nancy (Gabrielle Union) is a divorced mother of three fighting for the custody of her kids over the Christmas holidays. Benjamin (Morris Chestnut) is an aspiring songwriter stuck in a job as a mall Santa when he dreams lie elsewhere. So, when Nancy’s daughter, while sitting on Santa’s lap, doesn’t ask for a toy, but for someone more worthy of her mother’s love to come into her life, Benjamin takes it on himself to fulfill that role personally. The only problem is he can’t admit that he is only a mall Santa with little hope of being more and she must learn to open herself up to another man after being hurt so recently by one.

The screenplay and cinematography may be cheesy, but the characters are certainly sincere, real-life people dealing with real-life problems. Benjamin is a fine example of a gentleman, father figure, friend and husband and although he initially lies to everyone about who he is, he eventually realizes the error of his deception and comes clean, making him an honest man with a conscience as well. He does everything he can to be a friend to Nancy’s oldest son, John-John, who can’t let go of his previous father. This relationship demonstrates strongly the importance of having a fully functional family and how a father’s influence is so important to a son’s life. Also, although the film is more about Santa then it is about Jesus, the lyrics of one of his songs include, “If it wasn’t for our Savior’s birth, then tell me what is Christmas worth?”

As for the rest of the cast of characters, I didn’t find them as developed as Benjamin, not even Nancy. Too her credit, she learns Benjamin for who he is and to realize the needs of her children. Although at one point she hints that she wants to sleep with Benjamin (he backs away), in general, their relationship is chaste and is limited to kissing and holding hands. Her ex-husband, J-Jizzy (Charles Murphy), is a rude, arrogant, and selfish man whose rapper life-style is the only model his sons have and whose suggestive music videos are one of the few negatives of the film, slightly revealing attire worn by Nancy not withstanding. Yet, even he has a hint of redemption by the end of the film.

Other content includes 1 s-word, and several misuses of the Lord’s name. The opening credits include slapstick violence between cartoon characters.

I found this movie to be generally clean and pleasantly surprising, with good morals and some strong characters. All of the actors do a great job with the material, except Queen Latifah and Terrence Howard, who are completely and totally wasted here (no, I haven’t even mentioned their roles—there wasn’t much to mention). Sure, the entire movie is cliched and sometimes overly sentimental, but its heart is in the right place, and although it may not be “perfect,” it’s good for a cold, snowy evening at home.

Movie Critics
…The overriding theme? The value of family—supported by the virtues of responsibility, sacrifice, commitment and affection. …

Michael Phillips, Chicago Tribune
…The technical credits and the direction are mediocre, the editing has no feel for comic timing, and despite the appealing supporting performers, I’d like to cap this movie. …

Frank Lovece, Film Journal International
…too melodramatic to be a comedy, and too unintentionally funny to be taken seriously…

Mack Bates, The Milwaukee Journal-Sentinel
…There’s a lot of sap in this Christmas tree. … Adding to the pic’s lack of seasonal cheer is the blandness of the cinematography and production design.