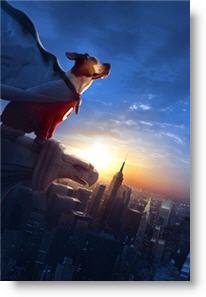 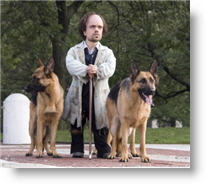 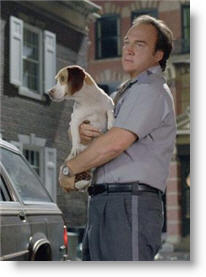 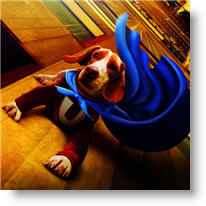 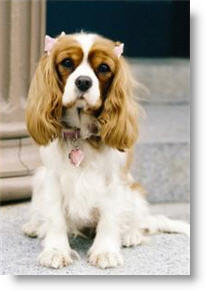 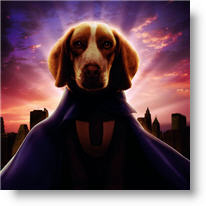 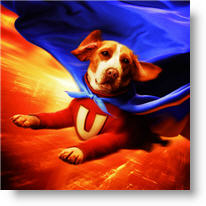 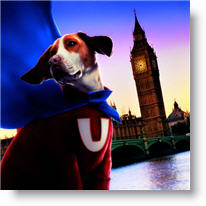 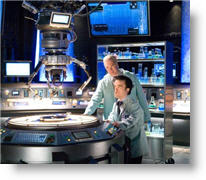 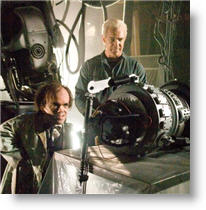 Fun and learning for kids! Adventures in the rainforest! Learn about the Creator of the universe by exploring His marvelous creation. Fun for the whole family with games, activities, stories, answers to children’s questions, color pages, and more! One of the Web’s first and most popular Christian Web sites for children. Nonprofit, evangelical, nondenominational.

“There’s no need to fear, Underdog is here.”

I remember watching Underdog as a child. I was young and don’t remember a lot. Watching this movie brought back memories of the mild mannered dog who transformed into Underdog.

This story of Underdog begins before he became Underdog. Dog (voice of Jason Lee—remember Syndrome from “The Incredibles”)—has no name. He is working for the police department. He sniffs out a box and everyone thinks it may be a bomb or drugs. The box turns out to be smoked ham. Dog is stripped of his duties. He is made fun of by the other police dogs (German Shepherds). As Dog is walking down the street feeling sorry for himself, he is captured. He is put in a cage and it looks like it is the dog pound. However, it turns out to be a lab that is overseen by the evil scientist, Simon Barsinister (Peter Dinklage).

So begins the tale of how Shoeshine Boy gets his name, becomes Underdog, meets Polly and saves the world. Many parts of this movie are taken from the cartoon. Underdog still goes into phone booths to transform. He still is in love with Polly. He still destroys an awful lot while he is saving people. But there are also some new twists on this storyline. Underdog comes to live with Jack (Alex Neuberger) and his dad, Dan Unger (Jim Belushi). Dan is a former police officer who now works as a security guard. Jack is friends with a reporter named Molly (Taylor Momsen), and she owns an adorable cocker spaniel named Polly (voice of Amy Adams).

VIOLENCE: This movie is rated PG. It is about a Super Hero. Expect violence. Underdog was a violent cartoon, and Underdog destroyed everything in his path. This movie does the same. Simon Barsinister, has a lab where he is conducting experiments on animals. His henchman, Cad, is played by Patrick Warburton. They use large needles to inject animals. The lab catches on fire and as parts of it are crashing to the ground, Barsinister is crushed. Barsinister is left with deforming scars on his face and he walks with a limp. There are dogs in an alley that are “thugs.” Shoeshine destroys the house he is living in. He crashes through an office building while he is flying. He destroys Capitol City Building in the line of duty. There is a jewelry store robbery. Dan Unger is kidnapped by Barsinister. He is shown tied up in an underground laboratory. Dr. Simon Barsinister and Cad try to blow up the Capitol City Building. Molly and Polly are chained to the top of a building.

Jack is disrespectful toward his dad, and makes comments about his dad’s job. He keeps secrets from his dad and this all leads to them being kidnapped. Jack also forges a note to get himself out of PE class and he has done it before.

LANGUAGE: There is an “Oh God” in this movie and a few other versions of the same. The other language is pretty mild and what I consider bathroom talk. There are several references to dogs sniffing body parts. The comment was made “You never see people sniffing each other’s butts”. A dog says “people eat that too?” in reference to poop.

Cad says his body is a “Buddhist temple”.

SEXUAL CONTENT: “Underdog” makes a few references about Polly. Polly says that “there is not a hose cold enough to break that up”, in reference to her and Underdog. After Underdog stays out all night with Polly, Jack asks him where he has been all night and he replies “I don’t sniff and tell”. Most of the off color humor came from the dogs and went right over my kids heads.

Underdog’s story can be compared to Jesus Christ. Shoeshine, the dog looks like an ordinary dog. He is mild mannered, meek and doesn’t appear to be anything special. No one recognizes him for who he really is. When Jesus walked the Earth, many people he came in contact with did not recognize him as the King of Kings. They expected far more than what they saw. Even today, people still do not recognize Jesus for who He is. As Jesus was lead to his death, and placed on the cross, He was the ultimate underdog (a participant in a fight, battle, or conflict not expected to win); even his own disciples thought he was defeated. But 3 days later, Jesus rose from the dead to defeat sin and death, so that we could have eternal life.

While this movie will probably disappoint true Underdog fans, I don’t think Disney even thought of that age range when making this movie. I watched this movie with a group of 11 people ranging from 45 to 2 years old. There were laughs and groans (some of this movie is just plain corny). I was sure my 2 year old would be scared at some parts, but he wasn’t. The consensus among the adults was it was cute, but they probably wouldn’t watch it again. However, I expect the little ones to ask for it when it comes out on DVD.

Bottom line: I don’t recommend this movie, but I would expect kids 5-11 to want to see it.

Editor’s Note: This film also used a tagline that some find offensive: “One Nation, Under Dog.”

Positive
Positive—Fun for the whole family! I took my 6 and 7 year old boys to see this, and we laughed together through the whole movie. Yes, it is pretty silly at times, but if you’re not expecting much of a plot, you are going to have a good time. The back story about the relationship between a boy (Jack) and his father (played by Jim Belushi) was very touching. I didn’t notice any inappropriate themes or words. Disney did a good job here.
My Ratings: Excellent! / 4

John Stack, age 37
Positive—This film was a refreshing “family movie.” It has been a long time that I have been able to sit through a movie with my children and not hear any curse words or be constantly bombarded with crude adult overtones. I would highley recommend this film.
My Ratings: Better than Average / 3

Denise, age 41
Positive—The one-liners MAKE this movie and redeem it from a corny, predictable, poor plot. Bravo to the writers for coming up with this stuff. I can’t remember when I laughed so often through a movie and walked away with that “feel good feeling.” “Hey, who’s on my cape” …lol! Great out takes. Truly, one of funniest movies I’ve seen in years.
My Ratings: Moral rating: Better than Average / Moviemaking quality: 3

LindieLee, age 55
Neutral
Neutral—Although the film was not objectionable or offensive, it was BORING. Definitely a little kids’ movie. Some movies that are aimed at younger audiences can be entertaining; a lot of them are amazing! This was not one of them. It went from being extremely dull and predictable to a crazy and unbelievable take-over-the-world-mad-scientist thing that ended up also being boring and predictable. It was fine for kids, but definitely not for adults.
My Ratings: Moral rating: Better than Average / Moviemaking quality: 3½

Maggie, age 21
Comments from young people
Positive—I went and enjoyed this movie very much. It was clean and funny. A few scenes at the beginning and end could be a little scary to younger children, but other than that it was overall good.
My Ratings: Good / 3½

Ashley, age 17
Neutral—This movie was a treat, nothing special, but a reason to get out of the house and hang out with a friend. We were watching and commenting during the film, and only minor, and I mean minor objections made me feel uneasy, but they had nothing to do with Barsinister. Bad guys are eventually thrown in jail by the good guys, and it’s all just a film, nothing serious. I recall the few times when they would exaggerate things, but it never really shocked me. I didn’t know what to expect from the movie but now I know what’s going on. I suggest that you could go, and have fun, but be prepared somewhere along the lines when something tragic happens that the crowd in the movie say 'Oh my G**'. Whenever you sense that there will be an uproar, just go cover your ears. Other than that the relationship with the boy and the dad improve, and the morale goes like this: never give up.
My Ratings: Better than Average / 3½

Person, age 15, Canada
Positive— This movie was the funniest movie of all time. Me and my sister laughed all the way thru. If it didn’t have the bathroom humor it would have been excellent. I can’t wait until it comes out on DVD. This movie was GREAT.
My Ratings: Good / 5

Joanna Childress, age 17
Positive—I thought it would be worse! It was okay for the bits and peices I saw. I got tired of it after a while and left the room. But, my little brothers loved it! I recommend it for younger kids! Teens, probably stick to “Pirates of the Caribben” and “National Treasure”!
My Ratings: Moral rating: Better than Average / Moviemaking quality: 3½