for strong violence including some torture, and for language throughout. 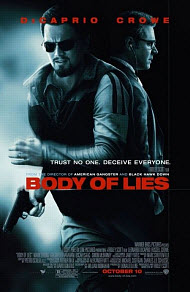 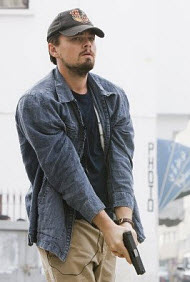 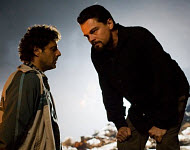 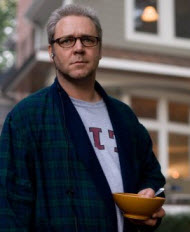 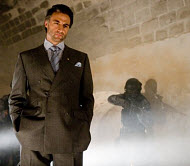 What is the significance of Iraq in the Bible? Answer

“Trust no one. Deceive everyone.”

Roger Ferris (Leonardo DiCaprio) is an undercover CIA agent who is stationed throughout the Middle East in attempt to track down an Osama bin Laden-like terrorist. Giving him ruthless commands is his superior Ed Hoffman (Russell Crowe). Ferris is dedicated to his job and tries to follow the orders of Hoffman. However, Hoffman has no qualms in not telling Ferris about his sideline missions that often put Ferris in direct danger in order to find the terrorist.

As the film progresses along, Ferris is beaten, attacked by rabid dogs, and threatened. All the while, Hoffman keeps stationing Ferris throughout the Middle East. As Ferris tries to win the trust of Jordanian leader, Hani, Hoffman does not have the patience and nearly jeopardizes Ferris’ life, all to find the leading terrorist and his followers.

There is not much to the film. Its agenda and motives are not entirely made clear, since the movie was edited to become an almost nonstop action flick. The audience is dragged through countless places and expected to keep up with all of the different names and locations. The only commendable thing about the film is the performance of DiCaprio and Crowe. They bring a convincing conviction to the film that save it from flat-lining. While this helps the film somewhat, a better storyline would have helped more. I found it almost impossible to connect with the characters and their struggles, since the journey is not with the characters but the geographical movements throughout the plot. The movie’s main agenda is not to show character development or growth, it is perhaps to show how hypocritical the U.S. government is in its counterterrorism missions.

While Hoffman and Ferris are perfectly able to communicate through cell phones and head devices, it is made known that Hoffman is a selfish superior. Living a comfortable suburban life in Virginia, he often directs orders halfway around the world to Ferris. The aftereffects of those orders are of no consequence to him, since he is not there to witness the travesties firsthand. This is perhaps a frequent frustration for militant soldiers stationed overseas. These dedicated officers live with the danger firsthand and have to follow orders from people who do not live and see what they endure on a daily basis.

Surprisingly, the movie has no sexual content. Near the middle of the film, Roger does express interest in an Iranian nurse. While this romance was underdeveloped and used only as a plot device, it was refreshing to see that they never kissed or even touched.

The ‘R’ rating is due to the frequent profanity and graphic violence. In all, I counted about 50 uses of profanity. The ‘f’ word was said about 20 times, and the Lord’s name in vain about 10 times. Although I do hesitate to stand certainly by these numbers, since I do not doubt there were more. These profanities would be streamed out in the intense scenes.

As for the violence, this is a counterterrorist movie. The audience is not spared much. Explosions and gunfire are common throughout the long film. In many scenes, terrorists are shown being shot and exploding themselves. After an explosion, Ferris is shown picking bone fragments from his skin. A doctor callously tells him, “Don’t worry, they are not yours.” In the beginning of the film, a male captive is shown being hit by a wooden stick. One man is shown being whipped severely as a form of punishment. When Ferris is captured, two of his fingers are slammed with a hammer. This is the most graphic violent scene in the entire movie; his almost-severed fingers are zoomed in on as he screams in pain. He is then beaten and has his head slammed against a desk.

While Ferris goes through agonizing tortures, explosions, and attacks, he seemingly rebounds without any problems. His main struggles come with his ability to trust. Hoffman makes it almost impossible for Ferris to completely trust him. On more than one occasion, Hoffman has different objectives that jeopardize Ferris’ own missions and even his life.

[How does viewing violence in movies affect the family? Answer]

Man can be quite selfish at times. Ferris proved himself to be no saint when he sets up an innocent Muslim man as part of a fictitious terrorist organization. He goes through great lengths to set up this man and his deception becomes even bigger, costing the Muslim man his life. People often attack the government for every wrong doing, but there are hypocrites in all areas of life. Some even try to deceive. God did issue a warning to those who plan horrible things in secret:

“Woe to those who go to great depths to hide their plans from the Lord, who do their work in darkness and think, “Who sees us? Who will know?” Isaiah 29:15.

While horrible and dangerous deceptions take place in the dark, I am glad that the awesome God of the Bible is full of light and not one hint of darkness is found in him. In 1 John, John wrote, “God is light and in Him is no darkness at all.”

Dicaprio and Crowe’s superb acting abilities are what carry the film throughout the underdeveloped characters and storyline. However, I still do not recommend the film. The War in Iraq is devastating, just as any other war would be. I do not doubt that “Body of Lies” is only a mere hint as to the violence and suffering in the Middle East. However, Christians should not subject themselves to grotesque violence on the big screen as a form of entertainment. Instead, we should pray for the safe return of our soldiers, and those Iraqi civilians who desperately need Jesus as their Savior.

Positive
Positive—I found “Body of Lies” to be one of the best thrillers I’ve seen in a while, but more than that an insightful and realistic perspective on America’s conflicts in the Middle East. DiCaprio’s character Roger Ferris offers sound advice on dealing with Arabs, much better advice than I’m afraid most Americans and probably our government would offer. Crowe’s character Hoffman is very stereotypical but, I’m afraid, also very true. The plot of the movie twists and turns in realistic yet gripping fashion. You will not get off the edge of your seat until the very end.

Overall, I found Ridley Scott’s latest to be nothing short of the genius films he has made in the past. Much good thought went into this movie, and we would be wise to learn from it. On a content note, the violence is not extreme but is realistic, with it ramping up toward brutal at the ending. The language was whatI found most offensive, as the f-word count approached the upper limits of what I consider acceptable. I wish the profanity had been largely left out of the movie, but this was not a “pervasive language” movie where the f-word is the most popular part of a lacking script.

Overall, I heartily enjoyed “Body of Lies,” as I have enjoyed most of Ridley Scott’s work. We need to learn as Americans to work together with the Middle East on terrorism, not make blanket statements and stereotypes and group all of “them” together. That is the worst thing we could do, and the most dishonoring to Christ in a land that badly needs Him.
My Ratings: Moral rating: Extremely Offensive / Moviemaking quality: 5

David, age 18 (USA)
Neutral
Neutral—The story line of this movie was very interesting and relevant to our times. The character development was very good, and both Crowe and Dicapprio were excellent in their roles, as were many of the other actors. The intrigue was quite captivating.

So much for entertaining the flesh. The movie’s subject was deception and untrustworthy relationships. The language was very offensive, though it did get swallowed up in the heat of intense drama and action many times. Some scenes, though few, were very graphic in the mutilation and violence against the body.
I would not consider this an uplifting movie, as a whole, but I did appreciate the ending.
My Ratings: Moral rating: Offensive / Moviemaking quality: 4