The Spirit a.k.a. “Will Eisner's The Spirit”

for intense sequences of stylized violence and action, some sexual content and brief nudity. 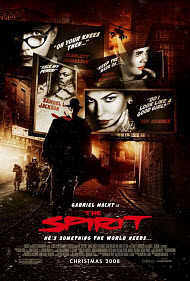 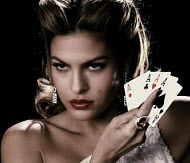 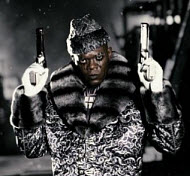 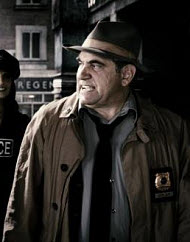 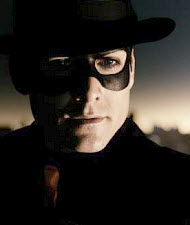 Resurrection of the dead

CHANGE THE WORLD—a single man or woman can help change the world. Read about some who did with faith and God's help…
Jesus Christ, Noah, Abraham, Joseph, Moses, and David

“He’s something the world needs…”

Frank Miller’s “The Spirit” is a complete failure. The story is uninteresting, and it features a never-ending stream of leaden dialogue that sounds like bad Raymond Chandler. Visually and tonally, it is a noir film, and its character structure is noir as well: there’s a detective, a villain, a femme fatale, the good woman, and the villain’s love interest. Unfortunately, it lacks the crisp dialogue and action of a noir film. Much happens, but it doesn’t mean anything, because the characters don’t mean anything, especially the clones who are produced and killed like cartoon figures.

In brief, the Spirit is a police officer killed in the line of action who is brought back to life by an unscrupulous morgue attendant (Samuel L. Jackson) who later becomes the Octopus. The Octopus is seeking the blood of Heracles (really) which will make him a “god,” an idea he repeats several times. Thus, his ruling principle is power. The Spirit’s childhood sweetheart, Sand Saref (Eva Mendez), becomes embittered after her policeman father is killed and turns to a life of crime. Her ruling principle is money, and she’ll do anything to get Jason’s Golden Fleece. The Octopus’s sidekick, Silken Floss (Scarlett Johansson), is a brilliant scientist, and her ruling principle is knowledge. The Spirit is driven by a desire for justice, and Miller tries to make sense of it all, but only succeeds in making a mish-mash of all these conflicting drives.

The movie showed a flicker of depth in its opening scenes, when the three clone henchmen appear. They were named Pathos, Logos, and Ethos. These are the three parts of rhetoric that comprise an argument: pathos is an appeal to emotion; logos is an appeal to reason; and ethos is an appeal to the authority of the character. It is ironic or, perhaps, self-parodying that the Octopus kills Pathos while saying something like “I don’t want to feel.” At that point, one can forgive the audience for thinking that there was a point to killing Pathos. The movie certainly lacked emotion thereafter. But when Logos and Ethos were killed for no apparent reason, then it became evident that the film was incoherent in the management of its ideas.

The Octopus and Silken Floss also dress in the costumes of Imperial Japan and Nazi Germany, reflecting the World War II origins of the comic strip. There is a lot of self-conscious blasphemy balanced by a character named Morgenstern (Stana Katic) who prominently wears a Star of David, while Silken Floss wears Iron Cross earrings. But aside from those references, the film’s ideological statements are so muddled it isn’t clear at all what Miller is trying to say. The Spirit bears a superficial resemblance to Batman and, at the risk of provoking indignant comments from Eisner’s fans, is perhaps a copycat enterprise. The Spirit wears a mask, a cape, is a crime fighter, runs along roof tops, and has a contentious relationship with the police. Batman came out in 1939 and the Spirit came out in 1940.

Although not obvious, one wonders whether Miller’s and/or Eisner’s intention was to portray the seven deadly sins. The Octopus is wrathful, Sand Seraf is greedy, Silken Floss is prideful, the Spirit is lustful, the clones are gluttons, and Detective Sussman is envious. The only one missing is sloth. Whether that is intentional or not, one clings to what meanings one can find in such fare, and viewers are advised to go elsewhere for their entertainment.

Positive
Positive—“The Spirit” was a breath of fresh air. Hollywood is making so many graphic novel movies geared toward small children, (Batman, Spiderman, Superman, etc.), that, as an adult, I was starting to feel cheated. But now, the movie industry has begun to see how my generation is yearning to see a good comic book movie that we don't have to bring our six year old children along to justify seeing it.

I did bring my 13 year old along. She enjoyed the movie, and said, “Dad, this movie wasn't cheesy, is this why you like graphic novel?” I said yes, and gave her my copy of the Watchmen and V for Vendetta to read. Which she enjoyed. She asked if she can read the Sandman next. I said why not, with a large smile on my face.

Biblically, this movie holds nothing offensive. It is just a strait Good vs. Evil movie that is very Noir in atmosphere. Not much is plausible in the plot, but then, we are watching a comic book movie, after all.

Bottom line: the movie is good, harmless escapist entertainment. It is intelligent enough to draw your attention, and fun enough to keep it.
My Ratings: Moral rating: Good / Moviemaking quality: 4

Ken, age 29 (England)
Negative
Negative—…By the way, this film isn't worth the oxygen you'd take in during the time it would take to watch it. NOT 4 stars, more like 1 and a half. There's just no reason to see junk like this.
My Ratings: Moral rating: Very Offensive / Moviemaking quality: 1½

Ethan, age 20 (USA)
Comments from non-viewers
“I will set no wicked thing before my eyes…” Psalms 101:3. All I saw was the commercials, but… Brothers and sisters, we should all know better, if we are honest with ourselves that paying $12 for the trash Hollywood is putting out is unbiblical, wasteful, and destructive to ourselves and our walk with God. God has way more exciting and rewarding things for our lives than watching the sewage leaking from Hollywood.