for grisly and disturbing content, some sexual images and language. 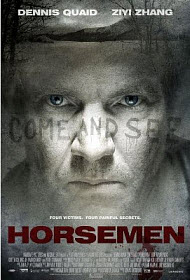 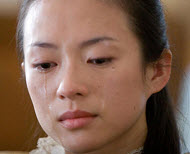 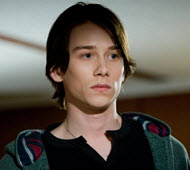 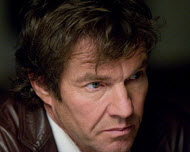 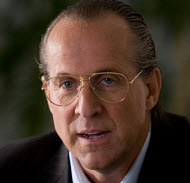 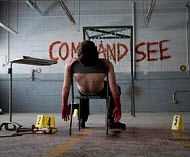 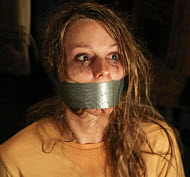 “Horsemen” plays like a story written over 4 months, filmed over 4 days and concluded in 4 minutes. It’s as though writer David Callaham got to page 170 of 190 and merely stopped working. The premise is intriguing, the story is laid out fairly well, and the process of coming upon the conclusion to the film is interesting, but the ending is horrific, and I don’t mean that in a “blood and gore” sense.

Dennis Quaid plays Aidan Breslin, a hard at work detective who is an expert in forensic odontology, doesn’t have enough time for his two sons, and lost his wife some years ago in a battle with cancer. Breslin is detached, uncaring, and emotionless unless it concerns his police work. His eldest son, Alex (Lou Taylor Pucci), takes care of the youngest son Cory, in an attempt to fill the void once occupied by their mother, while Breslin works late nights, trying to solve cases that seem to be more important than the well being of his family.

The lynchpin case obviously being the serial killers impersonating the four horsemen of the apocalypse (Revelation Chapter 6>), who are supposedly “opening the veil (direct translation of the word “Apocalypse”) to unleash hell on Earth.” The Four Horsemen in this story being Pestilence, War, Famine, and Death, although the actual story of Revelation plays no part in the film, only the symbols of said horsemen, as well as the idea of the coming of the apocalypse. The Bible and the Christian/Catholic faith were, as a bonus, treated with reverence.

When dealing with a piece of film that involves ritual serial killing and a Biblical theme (cough does “Seven” come to mind?) one must expect blood, gore, and screams. Disturbing images are the norm: humans strapped up by hooks, a video of a daughter torturing her mother, a brother cutting himself open in front of his brother with a medical operating tool, blah blah blah. Unfortunately, the desensitizing of oneself during the film is an unavoidable consequence of its viewing, unless, of course, one takes the route that I did by closing one’s eyes and cringing to avoid said images. Some of these are sexual in nature, as well, but are not graphic.

The language comes in waves. Like riding a roller coaster, there are segments of tranquility, followed by fits of frustration and anger that result in multiple F and s-words, and the Lord’s name was obviously used in vain. In one particular scene in a diner, every other word one character uses is four letters long and starts with an F. It was assuredly a moment where I would have enjoyed having access to my favorite “F” word: fast forward.

“Horsemen” should have realistically stuck to its proverbial guns and fed us a story of serial killers. What begins as a story about 4 twisted people impersonating symbols of death and destruction suddenly and unexpectedly turns into a sob story for victims of society and parental abandonment. One would expect a film in the thriller genre to be, at its core, a thriller. Unfortunately, director Jonas Akerlund instead repetitively spoon feeds violent images of torture to achieve a simple familial concern of his: “don’t neglect your children or loved ones,” but this message is quickly forgotten and muddled in bloodshed and camera work reaching for tension filled moments. For the first 80 minutes of the film, the questions are focused on the murders and why they were committed, as well as who committed them and for what end purpose. By minute 90, one will more likely be asking why such a simple, overblown underlying meaning is included in a film of this type, or why someone didn’t stand up in the production room and yell for a “time-out” when the writer floated the ending of the story by the board.

The reason that “Horsemen” truly fails as anything, whether it be a murder mystery, or a deeper story centered on social commentary, is because it simply tries to be both. The story formula of dead body leads to conversation with son—leads to talking with detectives about crimes—which leads to another dead body could have worked, had the story allowed for the completion of the formula: i.e., a competent ending. Although redundant, the tension leading up to the climax is enticing enough and Ziyi Zhang’s work was absolutely petrifying. Regrettably, one feels, however, as though one was teased with a story attempting to have a Dan Brown novel feel to it, while being tricked into watching portrayals of sick acts of violence stolen from the “Saw” series throw away bin, and forced into listening to filthy language, to only have an overly emotional message finger-wagged in one’s face.

The unfortunate truth of the matter is that sin is present in our world, whether we like it or not. People across the planet have difficult lives and are plagued by the realities of our society and sin natures on a continuous basis. Children and loved ones are neglected, ignored, and abused everyday, but that doesn’t mean I need nor want to watch a film such as this to understand that concept.

“Horsemen” parades as a thriller/drama that attempts to show us wrongs in our society, but deep down it’s an adolescent war cry for “I’ll show you! You’ll miss me when I’m gone!” which will echo without any response but the simple “click” of the remote signaling either the changing of the channel or the turning off of the DVD player, accompanied with confused looks, and followed by another mundane activity that will help one forget the whole ordeal, making Horsemen’s war cry an act of futility