for thematic material, language and a mild suggestive moment. 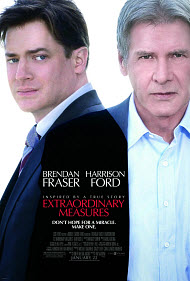 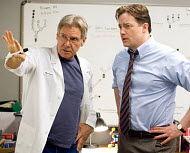 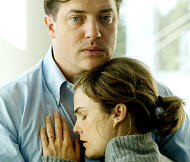 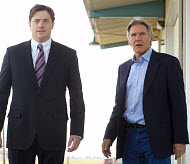 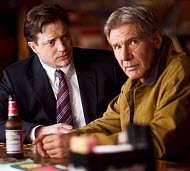 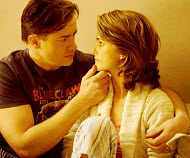 About the issue of suffering

About biblical prayer and hope

Discover God’s promise for all people—told beautifully and clearly from the beginning. Discover The HOPE! Watch it on-line, full-length motion picture.

“Don’t hope for a miracle. Make one.”

This film was inspired by the book The Cure by Pulitzer Prize-winning writer Geeta Anand.

“Extraordinary Measures” is the first major motion picture for CBS Films and Harrison Ford’s second screen credit as Executive Producer. It is a story based on the true story of John Crowley whose children suffered from a rare disease known as Pompe disease. He gives up a life as a well paid corporate executive to raise money to fund scientific research to find a cure for Pompe. Crowley meets an eccentric scientist names Dr. Stonehill who is working at a small lab in a college. Together they form their own bio-tech company to search for a cure.

As CBS Films’ first major motion picture, the producers wisely tempered the budget by focusing on a human story rather than a commercial action film. Certainly it is a film that wants to be much more than a commercial film. It wants to make a statement about life, science, medicine, and the politics behind the pharmaceutical companies. In this respect, it is relatively successful. The message is one that Christians will readily identify with.

The value of human life is extolled, as a man struggles to save the life of his children. In one scene, a doctor suggests that if their son dies it could be “a blessing” in disguise, because he will not have to suffer anymore. He even asks if they want to pull the plug. Later, when the child pulls through, Crowley sarcastically retorts, “it looks like we dodged that blessing, huh, doc?” In a generation where our society is rapidly moving towards euthanasia and “mercy killings,” it is refreshing to see the value of human life promoted in a Hollywood film. It is also refreshing to see one of the characters pray to God. As simple as this seems, it has become all too cliche in Hollywood films that the religious character is the villain. Here, prayer is shown as natural and good.

On the negative side, there is some foul language to be wary of. A--hole, s---, and a few other words are smattered around, especially by the eccentric Dr. Stonehill, who is deliberately supposed to lack bedside manner and people skills. There is also a sex scene, but there is no nudity, and the characters are man and wife. Nevertheless, the PG rating is warranted, so be aware of this when considering taking young children to the film.

On a cinematic level, “Extraordinary Measures” is above average, but not particularly impressive. It may be CBS’s first big theatrical movie, but it still feels like one of CBS' made for television films, but with a good cast. Harrison Ford does a great job as the crotchety old scientist, and Brendan Fraser does a fine job in one of his few straight up dramatic roles. Also featured in the cast is Keri Russell as Crowley’s wife. All lent credibility to the film and helped sustain the story.

If you like drama and want a movie with an important theme about human life and family, then this might be the film for you, but if you don’t want to pay inflated film ticket prices and buy $10 popcorn, you may want to wait for the DVD. “Extraordinary Measures” is a film to appreciate, but it is not a film that enthralled me or is likely to break any box office records. Nevertheless, I wish it the best, as I would like to see more Hollywood films dealing with family and life issues. This is a noble, if flawed, effort.

Comments below:
Positive
Positive—We need more films like “Extraordinary Measures.” I gave it a 3.5 for filmmaking quality, but I would give it a 4.5 for quality of movie. Too many films try hard to entertain with a lot of fluff. This movie has real substance that touches the heart.

From a Christian standpoint there were many values that were present; prayer, accepting God’s will, family, humanity over profit, caring about others, etc. It was wonderful to see a movie where the parents are married (I was not offended by the kissing and couch scene) and love their children to the degree that is shown. This movie was truly uplifting.
My Ratings: Moral rating: Better than Average / Moviemaking quality: 3½

Paul, age 63 (USA)
Positive—I thought this was a good film. I was impressed with Brendan Fraser; he does well in serious roles. It is easy to be very critical of filmmaking and such, but the story was well told, and the cast portrayed their characters well. As stated in other reviews, there is some language, but the film is not objectionable at all compared to others that are out today. I usually like movies that are based on true stories, and this was not an exception. I did not have any qualms, as a follower of Christ, in watching this movie and would recommend it to my friends.
My Ratings: Moral rating: Average / Moviemaking quality: 4

Scott Findley, age 35 (USA)
Neutral
Neutral—This movie has a great storyline and presents some thought-provoking issues. However, the amount of foul language, I believe, merited a PG-13 rating. We would not have allowed our older children (12 and 9) to watch had we known how much langauge there was.
My Ratings: Moral rating: Average / Moviemaking quality: 4

Comments from young people
Positive—Absolutely LOVED this movie. I would recommend it to everybody! There was a little bit of swearing, which is why I put this as “better than average,” as opposed to “good.” Really, though, it was awesome, and everybody should watch it. …
My Ratings: Moral rating: Better than Average / Moviemaking quality: 4

Melanie, age 17 (Canada)
Positive—Honestly, when I walked with my mom into the movie theatre, I was a little worried, since the majority of the people there were elderly. I was wrong. “Extraordinary Measures” was a REALLY GOOD movie, The objectionable content was in-between, since they seemingly enjoyed saying the “s” word about 10 times, a** about 7, and da** about 4 times. …there is a brief scene in which a husband and wife are on the couch passionately kissing. Overall, it was a great movie, and I would recommend it for ages 12+.
My Ratings: Moral rating: Better than Average / Moviemaking quality: 4