for mature thematic content, sexual material including dialogue, some nudity, drug use and language. 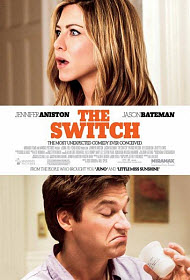 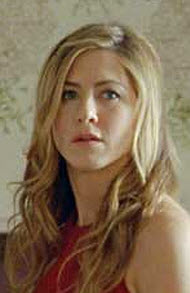 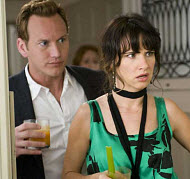 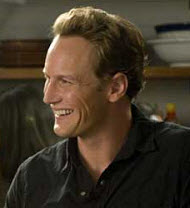 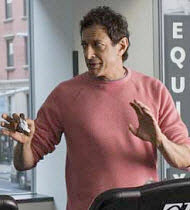 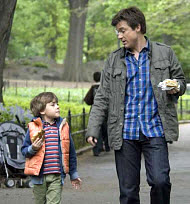 RIGHT AND WRONG—How can I decide whether a particular activity is right or wrong? Answer

ANXIETY AND WORRY—What does the Bible say? Answer

THANKFULNESS—What should we thank God for, and how should we praise Him? Answer

“The most unexpected comedy ever conceived.”

Sometimes certain movies just seem like a bad idea. You see the poster and hear the plot, and it immediately appears to be a film that should never been made. This is exactly what I thought about “The Switch,” a movie starring Jennifer Aniston about artificial insemination. Just hearing that, you’ve got to believe that the odds are against this movie being of any value. If you believe that, as I did, then you’ll be surprised at what you find in “The Switch.”

Wally (Jason Bateman) and Kassie (Jennifer Aniston) have a very interesting relationship. They dated a couple of times years ago, but now they’re the best of friends. It’s clear that Wally still has feelings for Kassie, but he has kept them to himself, so he won’t ruin their friendship. Kassie is almost forty, and has decided that after years of looking for “the one,” she wants a baby. She decides to be artificially inseminated by Roland (Patrick Wilson), who she met through a rigorous interview process. In spite of pleading from Wally, Kassie follows through with the insemination, becomes pregnant and then moves away.

Little do Kassie or Wally know, but the night of the insemination, Wally got blackout drunk and replaced the “seed” of Roland with his own. Six years later, Kassie returns to New York with son Sebastian, and Wally starts realizing the similarities between himself and the boy. After he remembers and realizes what he’s done, Wally begins the journey of building a relationship with his son, as well as finding a delicate way to tell Kassie the truth.

“The Switch” has all the markings of a generic, bland romantic comedy like “27 Dresses,” “Sweet Home Alabama,” or “The Back Up Plan.” It has a plot that could only take place in the movies, with problems that no real person would have. It has a script that sometimes veers into melodrama, then goes straight into the world of bad sitcoms. It has a crisis that, with a little honesty, could turn a 100 minute movie into a 20 minute feature.

Despite all that it has going against it, “The Switch” still manages to be a sweet, heartwarming, and enjoyable film. Most of the credit goes to the acting on display. Jason Bateman, star of the hilarious “Arrested Development,” lends dry wit and real emotion to his role. Jennifer Aniston is more than serviceable in a role that is tough, because it’s so farfetched. The supporting players are great as well, especially the manic Jeff Goldblum.

With a plot of this nature, it should be no surprise that there are some content issues. The first 35 minutes of the film are filled with sexual humor, mainly when referencing what all is involved in the act of insemination. Along with these sometimes uncomfortable moments, there is a scene set at a Broadway play where a stage actor is completely nude, and we see his bare backside and then again in the faded background.

After the first third of the film, “The Switch” takes an about face, and the last hour is mostly clean. The language isn’t heavy, aside from a couple of profanities, and there’s a great story about the importance of family. It’s one of the most positive, pro-family messages I’ve seen from a Hollywood film in a long time.

“The Switch” is a touching and well-made formula film. It won’t (and shouldn’t) win any awards, but it could’ve been a lot worse, considering some of the other movies of its kind that have come out this year. While it’s more of a drama, than a comedy, it has enough humor to keep it light, while still packing an emotional punch. Somehow, against all odds, “The Switch” works.

Comments below:
Positive
Positive—The review is pretty much how I felt about this movie. My wife and I saw this movie tonight, and we were cogniscent of the offensive material. We both laughed and weren’t that offended by the contents that were offensive. The male nudity was pretty quick, and the rest of the offensive content was pretty tame for a Hollywood movie these days.

Would I take kids or teens to it? No. But the theme and tone of the movie were well executed. Acting was great. Jason Bateman does a wonderful job; Jennifer Aniston did well; Jeff Goldblum was great comic relief; and the kid was wonderful, as well. I really did enjoy the movie and will probably watch it again when it comes out on DVD. If you’re seeking a good date movie, give “The Switch” a shot.
My Ratings: Moral rating: Offensive / Moviemaking quality: 4½

Henry, age 33 (USA)
Positive—The premise of this film, which involves “Kassie” (played by Jennifer Aniston), wanting to have a baby and be a parent without a husband is contradictory to what God wants for us. However, as the film goes on, she has a change of heart. “Wally” (played by Jason Bateman), also, has a change of heart, in that he eventually comes to understand that loving and being loved and having a family is what life is supposed to be about. I laughed and cried while watching this film. It has a wonderful ending.
My Ratings: Moral rating: Offensive / Moviemaking quality: 3½

Shawna, age 37 (USA)
Positive—I enjoyed this movie. It was done tastefully. I could of done without the male nudity. …Can’t movies be done without nudity anymore? I mean come on!
My Ratings: Moral rating: Extremely Offensive / Moviemaking quality: 5

Gregory Rodriguez, age 30 (USA)
Positive—I didn’t know what to expect with this because of the story line, but it was actually really cute. Sure the part where she is a single woman looking for a donor for her unwed child to be is odd, but the rest of it is pretty clean. I just shut my eyes when they showed the nude guy, just shut your eyes when the actor is on stage. I liked the part of the movie that the dad was bonding with the son, that was actually cool and cute; they focused on that quite a bit.
My Ratings: Moral rating: Better than Average / Moviemaking quality: 4

Samantha, age 36 (USA)
Positive—Despite its initial plot, this was a very sweet movie. I rented this movie thinking it was a comedy, and it didn’t really make me laugh that much, but I still enjoyed it. I don’t know if that was just a weird idea I had, or whether it’s being advertised as a comedy. And, of course, everybody has a different sense of humor… So, I would say don’t rent it, if you’re looking for big laughs, but if you’re in the mood for a lightly humorous flick, go for it. And you probably guessed this already, but you wouldn’t want your kids to watch it, unless you want to bring up a lot of awkward questions.
My Ratings: Moral rating: Average / Moviemaking quality: 4½

Trixie Spencer, age 18 (USA)
Positive—I loved this movie! I watched it with a Clearplay filter, so any offensive material was filtered out. That said, I don’t think a lot was filtered out. I love to laugh, but frankly, most comedies are just not that funny. This was an exception. Not only was the humor well placed, but it was an overall good movie. I was impressed. The basic theme, could be offensive to people, and it’s not for children.
My Ratings: Moral rating: Average / Moviemaking quality: 4½

Pam, age 43 (USA)
Positive—This film is definitely a sleeper. Jason Bateman is amazing! The story is thought-provoking and believable given today’s social standards. As a Christian, it’s often difficult to find a film that’s not smut-filled or full of foul language, so I was refreshingly surprised by how well the lives of these characters developed without the usual gratuitous sex scenes. There is male nudity (which I found quite amusing, in its context) as well as an insinuated scene (nothing is shown on camera) of a male pleasuring himself (but it also serves the story line). But if that sort of thing offends you, then it may be a good idea not to watch this film. Keeping in mind that “worldly people” act like “worldly people” (in other words, this is NOT a “Christian” film by any stretch of the imagination), I felt “The Switch” was well worth the time I invested in watching it.
My Ratings: Moral rating: Average / Moviemaking quality: 4½

Negative
Negative—The quality of filmmaking was definitely above average. The director did a great job of capturing the right moments. The editor pieced the events together in a way that flowed seamlessly from one scene to the next. However… there is no way I can recommend this film to others who are interested in living a Godly Christian life. The basic plot nearly dooms this film from the start. The film promotes the idea that if a woman has a desire to be a mother—and she is not yet married—she should follow her instincts and find a way to become pregnant anyway.

This logic is totally out of line with God’s plans for humanity and the family structure. God calls us to “think on things that are true, honest, just, pure, lovely, of a good report. Virtuous, and praiseworthy”. This film takes a wrong turn right out of the gate. The only voice of reason telling Jennifer Aniston’s character that she should not do this is tainted by the fact the he, also, wants to be her boyfriend/husband. Every other character in Jennifer’s life seems to have no problem with the idea of inseminated pregnancy before marriage… without a father-figure even in the picture. It is promoted as being completely normal.