for sexual content including nudity, and for language throughout. 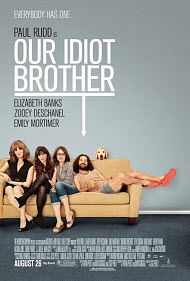 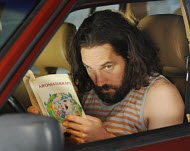 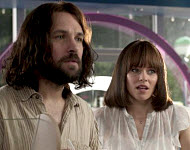 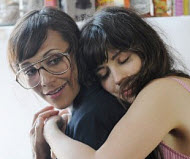 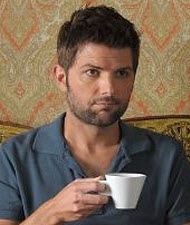 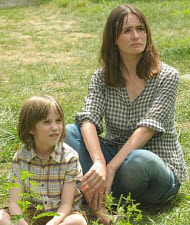 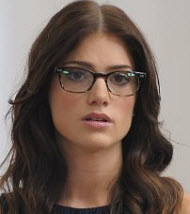 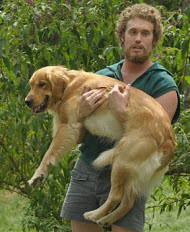 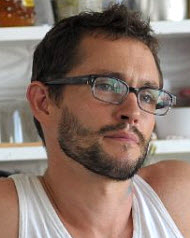 drug use and selling to others

“Our Idiot Brother” is a mishmash of several types of movies. It is an absurdist comedy, family drama, and an R-rated raunchy comedy rolled into one. This hybrid makes for a film that has some sweet and funny moments, but also content issues, as well as some serious jumps in logic.

Ned is just an easy-going guy. He loves life, particularly his dog and his garden. Both of those things get taken away from Ned when he idiotically agrees to sell marijuana to a police officer in uniform. After being released from prison, Ned discovers his ex girlfriend has taken his dog and his garden. Feeling sad, but still optimistic, Ned leans on his family for support. His mother and three sisters take turns passing him around, and at each stop he seems to be more trouble for his family than he is worth. Whether it’s uncovering infidelity or sharing secrets, Ned unknowingly forces his sisters to take a harder look at their own lives.

When “Our Idiot Brother” works, it does so because of the cast. Paul Rudd (“Anchorman”, “Role Models”) has impeccable comedic timing and brings the role of easy going Ned to life. Ned’s sisters played by Elizabeth Banks, Emily Mortimer, and Zooey Deschanel do an excellent job of portraying their individual lot in life. The film also makes it easy to love Ned, even when he messes up. It is nice, and almost calming, to watch a character that has no worries and just loves life.

When the film fails, it is because of a lack of consistent tone and content issues. Unfortunately for viewers, the makers of “Our Idiot Brother” decided to go for a more adult film, which will undoubtedly keep most Christian viewers away. There are over 50 f-words, plus many other instances of vulgar language. God’s names are misused many times. There are several instances of nudity and one completely inappropriate sex scene. One of Ned’s sisters is bisexual, and that plot line is explored in detail.

While most R rated comedies this summer like “Hangover Part II” and “Horrible Bosses” tried to push the boundaries, “Our Idiot Brother” was content to simply ruin a sweet story with standard R rated behavior. The film, and especially Ned himself, has the ability to make the viewer smile, but it unfortunately also has the ability to offend. While it is always nice to see something that makes you appreciate life, there are better options than “Our Idiot Brother”.

Negative
Negative—Good review. I didn’t walk out, because Paul Rudd’s character, Ned, was so engaging. But lots of offensive material in this movie. No need to squander your money on this one.
My Ratings: Moral rating: Extremely Offensive / Moviemaking quality: 3½

Halyna Barannik, age 65 (USA)
Negative—we made a huge mistake by selecting this movie last night; it showed women kissing that were in a lesbian relationship, as well as a woman who was bi-sexual who became pregnant and had to mend her relationship with her lesbian live-in; in another scene the main character is invited to join in on a 3-some, which it shows a completely naked woman and the main character kissing her male lover.

The language included obsessively-frequent F*** words, as well as our Lord’s name in vain; the story line also includes one sister whose husband is having an affair, and it shows her husband completely naked, covering his privates with his hand. In the end, the main character ends up in a homosexual relationship with his ex-girlfriends current lover… this movie was disgusting to the very end… it had been years since we had been out, and we just had no idea that this type of content was in R-rated movies. We picked it strictly based on the rave reviews from the Rotten Tomatoes Web site, and, WOW, are we nauseated that we did. DO NOT GO SEE THIS MOVIE!
My Ratings: Moral rating: Extremely Offensive / Moviemaking quality: 2

Luv2thdk, age 36 (USA)
Negative—I watched this with my 19 year old male cousin. I had to stand in front of the TV screen with my arms out wide saying “I’m not watching nude scenes with my cousin!” Awkward. I like Zoey Deschanel, so I was disappointed to find out her character was gay. Oh my, the f-words! Wow! A ton of them! The cheating husband of the main character’s sister is fully naked and worse off, turns around so his back side faces the camera and bends over to pick up his keys. Yuck! Ewww when the main character ends up in bed with a girl and her boyfriend. Just eww.

This movie was not funny. I don’t like coarse humor, such as this. I have seen coarse movies that have made me laugh at other moments in the film, but this wasn’t one of them. It didn’t have the humor to it. If you took out all the coarse humor, there would be nothing left to this movie.
My Ratings: Moral rating: Extremely Offensive / Moviemaking quality: 3