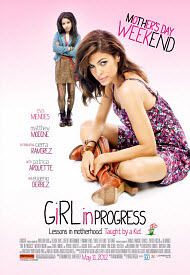 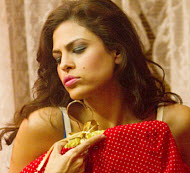 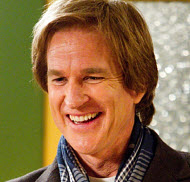 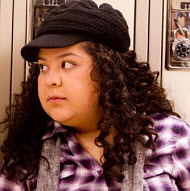 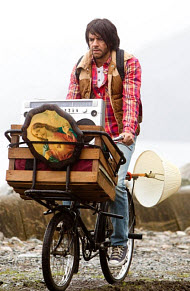 problems of being a single mom

“A tale of acting up, acting out, and acting your age.”

“Is growth limited to youth? Or are we constantly evolving?”

A sweet-spirited coming-of-age story, “Girl In Progress” follows a single mother and her teenage daughter as they grow to love one another as a family unit, together, and not just two people co-existing in the same house. Ansiedad is an artistic high school student who is constantly wrestling with the fact that her mother Grace is not fully taking on her role as mother, in various ways. Grace stays out deep into the night, dragging in late from dates with unsuitable suitors, while Ansiedad stays home and takes care of the laundry and the dishes. Sadly, not recognizing the way she is robbing Ansiedad of an appropriate childhood, Grace dresses provocatively and tries to attract men enough with her carefree attitude to make them forget that she is really a single parent hiding an awkward teen at home.

While that may paint Grace as an all-bad character, she does love her daughter, but honestly lacks the skills necessary to show it. Gratefully, the film weaves life lessons into both of their lives and teaches them how to live with each other in a loving way. God is not present in this secular tale, though redemption is a major theme. Half in imitation and half in rebellion to her mother’s affairs and glamorous nature, Ansiedad decides that she wants to grow up in order to rid herself of the responsibilities of childhood. She learns about “coming of age” stories in her English literature class and takes it upon herself to force the tried and true storyline to happen, hopefully, as she sees it, granting her independence from her mother.

Instead of seeing rites of passage as events that naturally unfold in one’s life, Ansiedad decides to force them to happen, thus bringing on the happily ever after she hopes for herself. She daydreams about taking the bus to “Adult-ville” where all her problems and childhood limitations vanish. Doing thorough research in books and movies about rites of passage throughout the ages, she decides that since she cannot get tribal tattoos or have a bar mitzvah, that the only way for her to come of age is by losing her virginity. She stoically explains to her one and only true friend, Tavita, “I’m coming of age.” When Tavita asks for elaboration, Ansiedad simply says that, “Being a kid is stupid, and I’m moving on.”

In this spirit, Ansiedad commences to reenact the coming of age story, piece by piece, as closely as she can. She actually has a graph on a bulletin board in her room to chart her progress through the usual progression of the coming of age tale, with her bus ticket to freedom tacked on the end, surrounded by glitter and stickers. This leads her into much rebellion… stealing, drinking, dressing provocatively, trying to calculate how to lose her virginity, attending wild parties, abandoning her true friend for the “bad girls” of her class, and the rest of the stereotypical teenage rebellion lot.

This film highlights how the selfishness of adults, in their worldly desires to lead “fun” lives, can easily lead to them to ruination of their children’s lives. Instead of the end result being a carefree existence, neglecting one’s children only leads to misery in the long run. Grace learns how to break the mold set for her by Grace’s own mother and make the conscious decision to put her love for Ansiedad into action. Both lead characters learn not to take the blessing of a family for granted and realize that they need each other to be completely happy. It is stressed that rites of passage are not just for adolescents, but that “Can’t someone argue that life is a succession of rites of passage, a long string of big and small moments…”

Though this film is overall an uplifting story, the questionable content is as follows:

Nudity: Low tops and high skirts of both mother and daughter / Ansiedad in a bra / Ansiedad in the tub, shown without explicit nudity / Ansiedad pulling up underwear / wild party scene / various images from magazines showing photos of half-naked men and pin-up type women in a couple of scenes / Grace in an adulterous relationship / kissing and an almost-sex scene

Other things to note: Disrespectful of elders in nursing home / teen runs away from home