for strong violence, language throughout and brief sexual content/nudity. 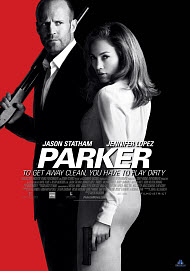 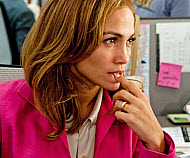 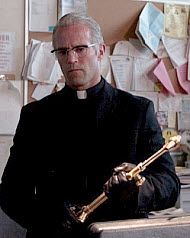 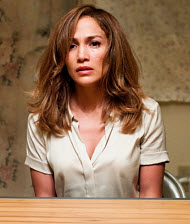 “To get away clean, you have to play dirty”

“Parker” is a modern hard-broiled crime drama that is based on Flashfire, the 19th book in a series written by Donald Westlake’s pseudonym Richard Stark. If you are looking for a film with a redeeming story or a villain turned hero, this is definitely not the film for you.

The story goes that Parker (Jason Statham—“War,” “Expendables”) gets connected to a gang of four criminals through a friend played by Nick Nolte (“Gangster Squad,” “Warrior”). They rob the Ohio State Fair and, against Parker’s wishes, an accidental explosion causes harm to innocent bystanders who are incidentally part of an ill-timed distraction. The gang wants Parker to give up his share and join them on a diamond heist, but Parker, who wants nothing more to do with them, turns them down. They shoot him and leave him, thinking him dead. He is not, and he comes back, ready to take his share and enact bloody vengeance.

His only clue is that he knows they are headed to West Palm Springs. He heads there in disguise, but is found out by a real estate agent named Leslie (Jennifer Lopez—“Sabrina,” “The Wedding Planner”). She helps him gather intel and helps after he is attacked by a Mafia assassin (Daniel Bernhardt—“The Cutter,” “Bloodsport 2”).

This is not a movie for children. There is some nudity and mild sensuality in the film. There is a lot of bloody action violence, including stabbings, shootings, and lacerations. There is a ton of foul language, including taking our Savior’s name in vain. The idea of thievery is glorified, to the point where Parker lives by a set of “principles.” He rationalizes his career as thief by saying everyone steals, they just make up excuses for themselves. Even if this is true, it is still wrong to steal. Whether from the rich or poor, stealing is wrong.

Parker desire is not redemption, but vengeance, just as Leslie’s desire is fueled by greed. Vengeance is not justice, especially when thieves steal from other thieves. No compassion is given to the victims, not even the ones from the Ohio State Fair. This film is strictly about Parker’s quest for revenge and him taking what he is owed. He needs new principles. He should turn to the Word of God and the teachings of Jesus to find how to live an abundant life.

All in all, the movie is great esthetically. The cast is an all-star cast and do an a great job keeping your attention. I was glad to see a film without the annoying shakiness of the camera, except, of course, in intense action scenes. The story kept me interested, and I paid attention throughout. So I did slightly enjoy this film that is all about the action.

Editor’s Note: Bottomline—Christian Spotlight recommends viewers avoid this very violent movie with its frequent and unnecessary obscenities and profanity, in a story that normalizes stealing, revenge and greed.

Negative
Negative—First and foremost, “Do not let children see this movie“!!! There were so many “F” bombs in this movie, beginning to end. Jason Stathan with his movie girlfriend in a shower scene, waist up both nude. Another waist up nude scene with them, also. Jennifer Lopez takes off her dress and is in her bra and panties, front/back scene. Jason Stathan is a bad guy in this movie, who tries to be loyal and good, while the rest of this movie is as vile as it gets. Had I known what was in this movie, I would of have never seen it. Christians everywhere should not see this movie, and let Jason Stathan and the movie studio know we will not support this filth.
My Ratings: Moral rating: Extremely Offensive / Moviemaking quality: 4