Black or White also known as “Black and White”

for brief strong language, thematic material involving drug use and drinking, and for a fight. 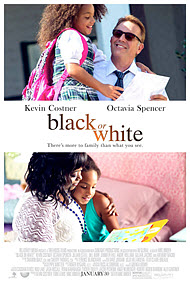 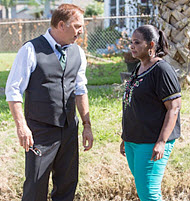 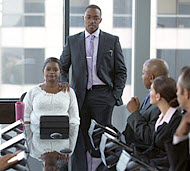 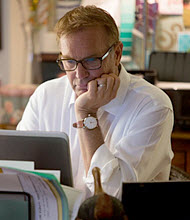 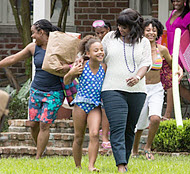 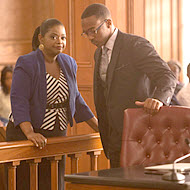 death of a young child’s parent

difficulties of a grieving widower and father

adoption and orphans in the Bible 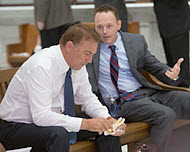 fathers who are bad (or absent) parents—involved with drugs, crack houses, robbery, and violence

importance of having good family values

What is involved in being a truly good and righteous parent?

teenage pregnancy, out of wedlock

overcoming animosity toward others 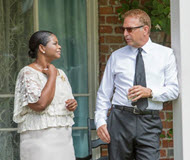 What things should be considered in raising a mixed race child?

RACISM—What are the consequences of racial prejudice? Answer 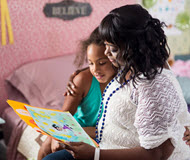 Movies are powerful; that’s why we’re drawn to them. They can make us laugh, can make us cry, can make us think… and sometimes think very hard. “Black or White” will make you think about some very big things. What is a family? What is a home? What is Black? What is White? What is human? What is love? Especially in this season of ramped up racial tensions, and this era of shattered homes and families, these are questions that we need to think about and think about deeply.

“Black or White” is a compelling story for our day, a deeply sorrowful tale of loss and brokenness, that we see from two sides. Elliot Anderson (Kevin Costner) is a man acquainted with much grief. He has lost his daughter, and now he has lost his wife. He is left alone to continue raising his biracial granddaughter, little Eloise. Or is he? Her father’s side of the family is African-American with a very different view on how little Eloise should be raised. The African-American grandmother, Rowena (Octavia Spencer) takes Elliot to court; they are going to fight for custody of Eloise.

We gather from the title that this film examines racial prejudice, what it is, and what it is not, according to the writer. I would like to warn you that the n-word is mentioned several times. It is used in anger and later is acknowledged as an ugly and hateful word. Elliot uses it several times while on the stand in court, one on the most powerful scenes in this film—although marred by an inappropriate reference. He gives a very insightful picture of what racism really is—and what it is not. I’d like to hear it again, maybe several agains. That point alone is worth the price of admission.

There are a lot of stereotypes in this movie, some of them confirmed and some of them shattered. There’s a bit of irony, as well. Elliot condemns Eloise’s father, Reggie, for being a man under addiction, but he cannot see his own addiction to alcohol.

The acting in this film is tremendous. Kevin Costner does a fantastic job of portraying the broken, grieving, and alcoholic grandfather. Octavia Spencer always makes me laugh; she’s a terrific grandmother.

One of the more powerful points made in this movie, is the fact that children need good and stable families. God made children precious; they’re worth the fight. They need homes that are healthy, not centers of addiction, if they are going to succeed in this world. Children need good examples to follow. This starts in our homes.

Then there is the substance abuse throughout. Elliot drinks almost constantly. Eloise’s father, Reggie is a known “druggie”. He is also shown smoking several times. There are multiple references to crack and drugs in general. There is immodesty; Elliot is seen several times in boxer shorts. There are short skirts on women, girls in bathing suits, tight and revealing clothing. There is reference to a woman’s breasts. One of Rowena’s daughters is Gay. Eloise’s parents were not married, when they had Eloise. There is a scary scene with a knife.

Overall, I would say that this is a good story to watch, but it is NOT for little ones or people who want mindless entertainment. In the words of my very wise father, don’t get the answers from the movie, that’s what the Bible’s for. This is a good story that could be the start of some important conversations.

Comments below:
Positive
Positive—I liked this movie, and it was better than I expected. Costner did an excellent job, and little Jillian is destinef to being a star. The movie dealt with some very serious issues of life, but yet it had its humorous moments. The Christian Answers critic nails this one and gives a good review.

The supporting cast was great. Not for little kids; this is a grown folks’ movie. The language is strong, and I hate hearing God’s name taken in vain. The “N” word is used, but, in my opinion, not out of order and corrected in the court room. Not out of order in the sense it fit the scene and the context of what was happening.

What an ending to the movie, that I will not reveal, but it did surprise me. This is a movie to see and something different than all the other stuff and mess that is out there.

As a Christian and an African American, this movie has strong family values and is big on love. God is all about families and love. In today’s society, we have begun to except everything and anything as family, and we shouldn’t. Family, you know—man, woman, mothers, fathers, grandfather and grandmothers—that love and care. While there were certainly some things out of order in this family, at the core it is Biblically based. See the movie.
My Ratings: Moral rating: Average / Moviemaking quality: 4

DwaynePip, age 57 (USA)
Positive—This is a movie about a grandfather who very much loves his little granddaughter, who happens to be black. Her parents were inter-racial. The movie does deal with the subject of racism. However, Kevin Costner truly focuses on the family values of who is best able to bring up this precious little girl.

The actress who plays the granddaughter, Jillian Estelle, is simply a born actress, so it seems.

The screenplay is interesting, the story is engaging. I did not read any synopses of the plot, so I let the movie unfold the story for me. There was deep emotional drama, sprinkled with some ironic humor. It was a good movie. I know Costner believed in it so much he decided to produce it after studios did not express interest in making this film.

Octavia Spencer is entertaining as the colorful and opinionated other grandparent.
My Ratings: Moral rating: Offensive / Moviemaking quality: 4

Halyna Barannik, age 68 (USA)
Negative
Negative—We all like to make believe and the let’s pretend conclusion of working out of black AND white relationships was not only not helped but seriously hurt. Yes, the story was good and the acting great, but that is not how these black and white relationships work out. There is no question in my mind that there are serious prejudiced issues on both sides of this color line, and this will not be worked out by clever lawyers, or judges or psychologists, drunks or addicts or ex-drunks or ex-addicts or dominating mothers. It can only be worked out one situation at a time with PRAYER and GOD’s GRACE and treatment and forgiveness inspired by the belief that God can and will provide it, if He is but asked.

Sometimes it only works one day at a time, and sometimes there are slips and recoveries. I think Costner did both sides of the racial question a dis-service, BUT I could be wrong!!!
My Ratings: Moral rating: Offensive / Moviemaking quality: 2½