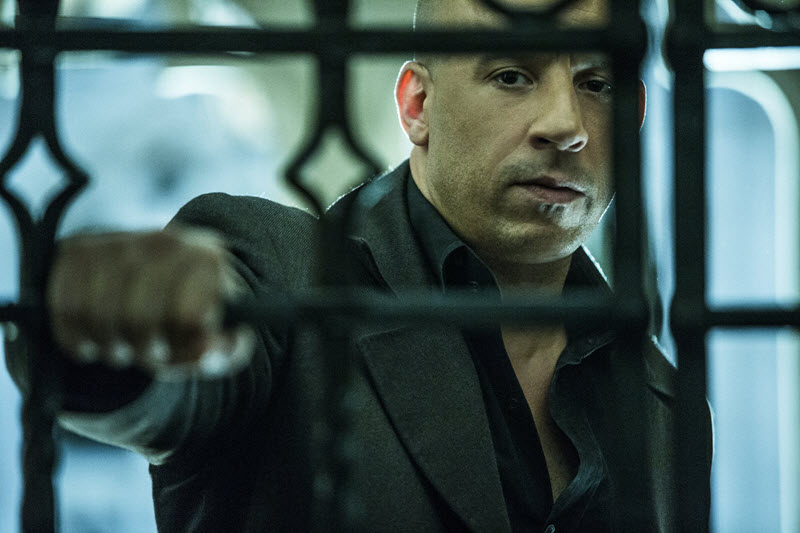 for sequences of fantasy violence and frightening images. 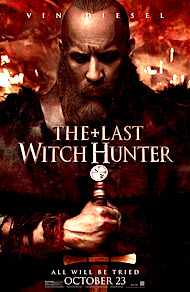 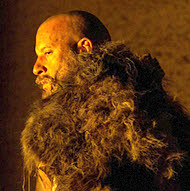 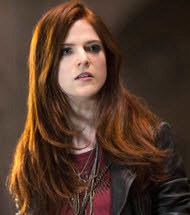 death of spouse and child

battle between good and evil in this world 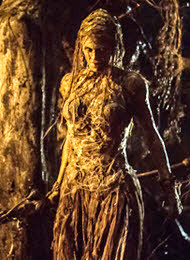 witches and witchcraft in the Bible

Is there really such a thing as “good” witches? 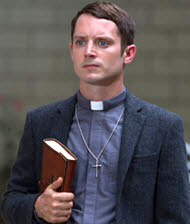 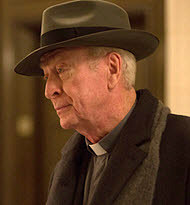 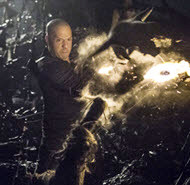 “The Last Witch Hunter” opens with warriors about to enter the Witch Queen lair. We see Kaulder (Vin Diesel), fight the Queen, and, upon her death, she curses Kaulder with immortality. 800 years later, we find Kaulder has earned the title of The Witch Hunter, and the Queen gears up to rear her head again.

Let’s start with the acting, poor to mediocre. Diesel is a dismal leading man, and his fellow cast appear to have phoned their performances in. The plot is anemic and underdeveloped, with shoddy execution. There are a few eye-catching images, but, overall, the film is subpar, at best.

The film in, its entirety, is objectionable. It deals with witchcraft and the occult paganism. Spells, chants, and magic are drench the film; it is offensive and dark. There are several cases of foul language and blasphemy. There is a one night stand implied, and there is heavy to extreme violence.

There is no biblical aspect to this film; God is not mentioned in any meaningful way. We, as Christians, must guard against any power that is not of Christ. Any practice that dabbles in a power source other than the Lord Jesus Christ is dangerous and deceptive, whether it be witchcraft, horoscopes, Yoga, and even some video games. They may seem harmless, but have no place in a Christian walk. Revelation 22:15 includes witches in a list of those types of persons who will not inherit eternal life.

I cannot recommend this film, and I suggest all avoid it. It offers nothing and has no redemptive qualities.

Positive
Positive—I can’t believe your reviewers comments. This was a very well done movie. They used all the latest effects. The acting was great. Your reviewer was correct in saying that this was not a Christian film. …Witch films are just that, Witch films. Now that we’ve established that I want to say this is not a Horror movie. It will not scare anyone to the point of bad dreams. It’s just an action film that uses witches as the bad guys. It has almost non-stop action, very limited curse words, and no sex scenes. I am a Pastor of a Christian Church, and I thought it was great. It may be too much for young children that don’t understand the difference between Movies and Reality, but any else should be fine. Grab a big bag of popcorn with extra butter and go enjoy the movie.
My Ratings: Moral rating: Offensive / Moviemaking quality: 5

John Neal, age 55 (USA)
Positive—This was a great movie! I’m actually quite surprised that the viewer rated it Extremely Offensive. I am quite a prude when it comes to impurity, and was very pleased when I could watch this movie without my thoughts being provoked. My boyfriend and I are turned off by movies with impurity, but found none in this movie and were both happy with our choice for movie night! There was witchcraft, as expected, but it wasn’t sacrilegious either. Great Choice! Very clean! Awesome flick for Halloween! God bless!
My Ratings: Moral rating: Better than Average / Moviemaking quality: 3½

Paulina, age 21 (USA)
Negative
Negative—I started this movie because the wiccan/witches do not like it. But at this point, I can not understand why. This movie is not just about the Catholic church hunting witches, which is what I thought it would be. I had to stop watching the movie at the point the witches were the ones judging their own people, and with tarot cards as the means of doing so. Too many times before this, I really should have turned the movie off, due to all the statements of how magic was neither good or bad at its basics, but there is bad magic called black magic, then the movie went on to there are good witches and bad witches, ones keeping the peace and ones who are not.

I read later that even Vin Diesel uses it and, of course, is kept alive by it. DT 18:14 “For those nations, which you shall dispossess, LISTEN TO those who practice witchcraft and to diviners, but as for you, the LORD your God has not allowed you to do so. GAL 5:19-23 Now the deeds of the flesh are evident, which are: immorality, impurity, sensuality, idolatry, SORCERY, enmities, strife, jealousy, outbursts of anger, disputes, dissensions, factions, envying, drunkenness, carousing, and things like these, of which I forewarn you, just as I have forewarned you, that those who practice such things will not inherit the kingdom of God. But the fruit of the Spirit is love, joy, peace, patience, kindness, goodness, faithfulness, GAL 5:23 gentleness, self-control; against such things there is no law.

The above verses should limit a Christian from watching this movie or any other like it. The Lord does not distinguish between good, bad, or black magic. It is all bad and not to be even listened to. Should have thought about this before I started this movie for my “entertainment.”

Peter Bradshaw, The Guardian (UK)
…Not for all the flaming swords in Dungeons & Dragons can “The Last Witch Hunter” be saved… [1/4]

Kyle Smith, New York Post
“The Last Witch Hunter” should really be called “Another Franchise Hunter,” as it’s a loud, convoluted, digitally messy stab at a fourth movie series for Vin Diesel… and the one most likely to earn that “Last.” …

Robert Abele, Los Angeles Times
…The one truly impressive thing about Diesel’s acting skills is how he has achieved so much with so little. All smirk and bicep, he was once earmarked as the natural successor to Bruce Willis. But more recently he seems to have settled comfortably into Steven Segal mode, a walking bag of boiled ham whose expressive range barely extends beyond sleepy-eyed, guttural grunts. …

Stephen Dalton, The Hollywood Reporter
…The title should prove prophetic for this dreary, CGI-infested occult thriller …limp, lame-brained… Too drab to succeed even as defiantly unvirtuous trash…

Guy Lodge, Variety
…even his rumbling charms can’t save this, nor justify its sequel-bait sign off…