for intense fantasy violence and action throughout, frightening images and brief strong language. 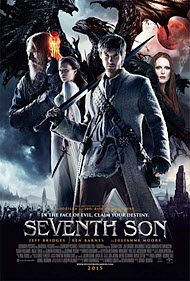 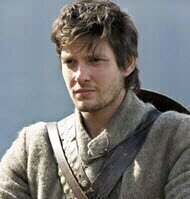 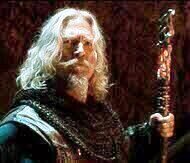 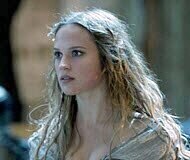 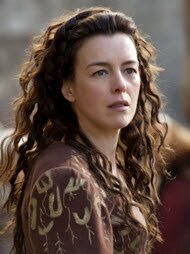 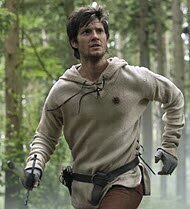 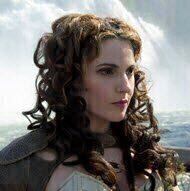 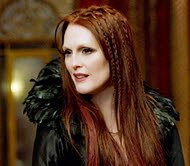 fantasy witches compared to witches in the Bible

good versus evil in the real world

What do you think of the film’s comment, “When you deal with darkness, darkness gets inside you”?

Biblical comments about magic and enchantments 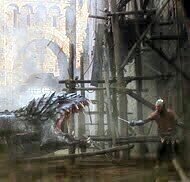 dragons and dinosaurs—discover how they are connected 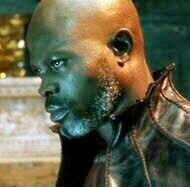 There are some things about the fantasy-adventure genre which command a lot of ridicule. It is apparently very difficult to portray medieval characters without stiff speech, overly dramatic dialog, and general unrealism, not losing sight of the heart of the story, if it has one. Let’s be fair now. Magic spells, exorcisms, ghosts, dragons, charmed amulets and lots of iron weapons are the thing of this swords-and-sorcery genre. This movie is no exception. Making them work together is an unlikely job, but someone’s got to do it. “Seventh Son” does this better than many fantasy genre films I’ve seen, but certainly not as well as the best.

This film has an obvious audience; namely the fans of the book it is based on and the lovers of D&D, magic games, medieval and ancient lore and the like. For them, I echo, “it’s better than most” in its genre. It is, however, highly forgettable.

Why young hero actors are so plastic these days, I do not understand. Why great talents like Jeff Bridges can’t shake a repetitive old-man caricature may be obvious, but it’s no less disappointing. And why directors of this genre don’t spend more time learning from the one man who got it right, Peter Jackson, is just kind of absurd. My criticism of this film follows most of what’s been done in this genre; I am a fan many of the concepts but not most of the products.

A few spots of decent humor and some very good visuals (coupled with some questionable ones) are the most redeemable aspects of this film for the average movie-goer. The drama, particularly the interactive side of drama, deserves very little accolade. The storyline is typical, including the modern, all-too-familiar “evil and good fall in love to make a more reasonable world,” and the “some witches are good, some bad” paradigm.

The violence in “Seventh Son” is high, also typical of the genre. There is lots of slashing, stabbing and choking, along with some burning alive which generally ends in witches vanishing in a crumble of sparkly dust.

With regard to sexuality, there are a lot of busts and busty medieval dresses. There is no other nudity, just a lot of cleavage and ornate, conforming dresses. The female attire got a lot of attention. There is some kissing, it is implied that a woman is nude in a lake, but we do not see below her neck. Two main characters end up in bed together, casually visiting—the implication being a ‘moment after intimacy’ scene. They are fully clothed.

This film contains a handful of profanity, including one or two instances of the f-word and a few less overt terms.

In retrospect, I would not go out of my way to see this film unless I were particularly enamored with the genre. In that case, I suppose I would like it enough.

Positive
Positive—Awesome graphics. Almost constant action. I exceptionally liked the fact that it was lighthearted and yet still serious. If you freak out if someone is a witch, then stay away. If you can enjoy a movie about the battles between good and evil, then I think you’ll love this one. The acting was superb. There was some profanity, but that’s just Hollywood, it wasn’t excessive like many films these days. A little scary for the young kids, but nothing that would give anyone nightmares.
My Ratings: Moral rating: Better than Average / Moviemaking quality: 5

John Neal, age 54 (USA)
Neutral
Neutral—I’m a 60 year old mom of 2 grown sons. I enjoy action adventure stories as much as they. While most movies recycle similar ideas, they can still be entertaining if done in a fresh and clever way. “Seventh Son,” however, wastes good special effects and production values on a tired old story that’s been done better many times before. It’s not the worst of this type. Everything just falls flat.

Jeff Bridges looks much too old for this role. Ben Barnes and Alicia Vikander don’t appear very interested in what they’re doing, and Julianne Moore just must’ve thought it was time to do an action picture. Of course, there’s the good witches versus bad angle, and the power to succeed is inside of you line, but surely we know better than to get our theology from Hollywood. If you’ve seen the trailer, you’ve seen the best of “Seventh Son.”
My Ratings: Moral rating: Average / Moviemaking quality: 4

Kathy Cicotte, age 60 (USA)
Comments from young people
Negative—This movie was dreadful to sit through! I felt as if I were watching a low-budget TV film. The fact that Master Gregory used the f-word really bothered me. I wish I had gotten my money back.
My Ratings: Moral rating: Offensive / Moviemaking quality: 2½

EM, age 17 (USA)
Comments from non-viewers
Negative—I have not, and do not plan to, see this movie. My sister watched it with a friend and came home quiet. She explained her disapproval of the unnecessary love relationship between the main character and one of the witches in the movie. This definitely dulls the distinction between good and evil, and is completely uncalled for. She also expressed her disappointment of the heavy violence and language.

Our family is a fan of fantasy films like “The Lord of the Rings,” Hobbit, and Narnia, but this film most certainly did not make that list. It is a complete flop. I strongly disapprove seeing this film.