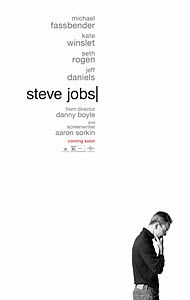 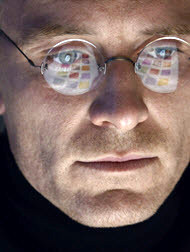 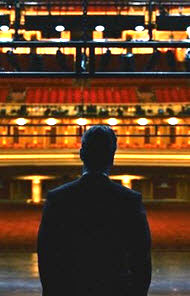 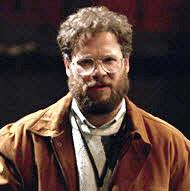 sacrificing family life and health to your work life

“Steve Jobs” takes place behind the scenes, minutes before the launch of the Macintosh. We see Steve Jobs (Michael Fassbender) passionately debating the importance of the personal computer saying “Hello,” and the somewhat tyrannical whirlwind that ensues when his ex and their daughter (which Jobs denies paternity) are seeking more money for the support of her and the mother. That’s just the opening of act 1.

This film is depicted in three acts, showing what happens minutes up to the launch of the Macintosh, the NeXT cube, and the iMac. The style is perfect for telling the story of one man, summing up the legend that has become Steve Jobs in three simple acts. Brilliant!

Let’s start with the acting. Michael Fassbender is flawless as Steve Jobs. I was blown away, as a fan of Fassbender, but I was concerned, because he didn’t look exactly like Jobs. It didn’t matter. Another truly amazing performance is given by Jeff Daniels as John Sculley. There is a scene between these two actors that is marvelous. Kate Winslet is good as Joanna Hoffman, however her accent is inconsistent. Seth Rogen as Steve Wozniak is forgettable, in comparison.

Now to biblical aspects. At one point, Job is confronted about the demanding way he treats people. His reply: “God sent His son on a suicide mission, but we still love Him because he made trees.” There is another line in the film that stuck out. Jobs (Fassbender) states that God created the universe in seven days. Whether he believed that or not, I found it refreshing. We live in a society where God has been taken out of everything and not given credit for His Creation. Children are taught that life arose by random chance and natural processes with no intelligence behind it. How can we look at things, like computers, and know that they had an intelligent designer, but miss the complexities of the human eye, brain and all the intricate systems within our bodies (that surpass that of any computer) and say that there was no intelligence behind it. In the beginning, God created the heavens and Earth in 6 literal days. He CREATED everything and everyone. To God alone be the glory.

I was not too familiar with Steve Jobs before viewing this film; I watched clips of the iMac launch and skimmed a couple of articles about him. From that I got a the view of an antagonized computer nerd with grand ideas. As that’s is how he is portrayed in the film. However, my perception of him expanded by the film’s end; I felt as if I knew him better—knew him as a very flawed man, who felt rejected since childhood and fought that rejection his entire life—using a way of communication that was harsh and cold due to a longing for eternal peace, which couldn’t be found anywhere, but in Christ. When he died, I immediately wanted to know if he was a Christian. Apparently, he traded the truth of Christ for lies of Buddhism.

As for a recommendation, I would be mindful of the swearing and blasphemous language, but this film has such a dynamic cast and story; it is a movie that may be worth watching for some.

When you die, are you going to Heaven? Are you SURE you know the answer this extremely important question? Or have you made some common wrong assumptions? Find out now!…

Positive
Positive—This was better then I expected, since some said it was a flop in the box office. Maybe because the Apple fanatics don’t want to see him as that jerk. And, yes, to watch it you do need to have some awareness of his story or it may be boring trying to figure out what is going on. The filming was done very well, and it kept you interested. I was surprised how much of the drama with the daughter they showed, I didn’t realize that was such a big part of his story. Yes, there were about 20 f-bombs and those were totally not needed, as usual. I usually never watch R movies for that reason, but without those 20 f-bombs, there is no reason it would have been rated R, there is no sex or drugs.

I looked at it like a documentary of someone that did help put something together that highly impacted this world, good and bad. I did think the first Jobs movie was better with Ashton, and he played an even more believable Jobs, but this was still a good movie. Although sad to see a man who had no reference or concern for God and, in the end, died of cancer, although they show nothing of that in the movie (his battle with cancer).
My Ratings: Moral rating: Average / Moviemaking quality: 5

Stephanie, age 41 (USA)
Negative
Negative—I so disgree with this review. I am not privy to the Steve Jobs life story, nor the story of the Mac and Apple computer companies, so I was lost. I really could not understand what was going on. I watched people on the screen talk, sometimes yell at each other, but there was no story to the story. There were bits of thematic material, like the relationship between a woman who claims that her daughter is Steve’s child. That I could understand. But anything to do with company matters confused me completely. And that is uinpleasant and boring, and a couple of times I had to keep myself from falling asleep.

I have seen footage of Jobs, so I was aware of his visage and manner and affect. Michael Fassbender captured him perfectly, embodying him completely. His acting and that of Kate Winslet as Joanna were excellent. But the screenplay was so poor, that I cannot give this movie a thumbs up. The only thing it did for me is want to research the life of Jobs and figure out who the characters in the movie were, and how closely did the movie come to the biography of this talented inventor and entrepreneur.
My Ratings: Moral rating: Offensive / Moviemaking quality: 3½

Halyna, age 69 (USA)
Movie Critics
…the film about the co-founder of Apple, has all of the elements to be one of the year’s best movies. …consistently riveting and surprisingly moral. …so superbly crafted that it's hard to dwell on any slight deficiencies…

Christian Hamaker, Crosswalk
…Compelling look at a flawed genius… and gracelessness. …“Steve Jobs” does exactly what it set out to do, allowing us to regard an almost godlike figure—immortal still, thanks to iPods and iPhones—with a mix of awe and sympathy. [3½/4]

Rafer Guzmán, Long Island Newsday
…Fassbender excels but iWorship required if you’re to care… Danny Boyle’s talky look at the Apple icon boasts an assured leading turn but the dominance of Aaron Sorkin’s script and focus on business wrangles mean this will mostly appeal to the Apple geek… [3/5]

Benjamin Lee, The Guardian
…“Steve Jobs” plays like a secret sequel to “Going Clear”… Both Scientology and Apple were founded by now-dead gurus who commanded devotion. Both are corporations that claim to stand for something purer than greed. Neither pays fair taxes. And neither functions openly, speaks freely, or tolerates critics. …

Amy Nicholson, The Village Voice
…a dispiriting study of capitalistic self-aggrandisement—one that leaves a sense of unease despite its ironically upbeat ending. …

Rex Reed, The New York Observer
…An enthralling performance by Michael Fassbender fuels this brilliant, infuriating and richly unconventional take on the life of an American visionary. …

Justin Chang, Variety
…The fact that Jobs… in the course of his rise, has betrayed his friends, alienated his allies and mistreated his loved ones challenges some deeply cherished myths about the correlation between virtue and success. Jobs’s behavior also confirms equally deep assumptions about the ultimate virtue of ruthlessness in the capitalist economy. He’s heroic and despicable. …