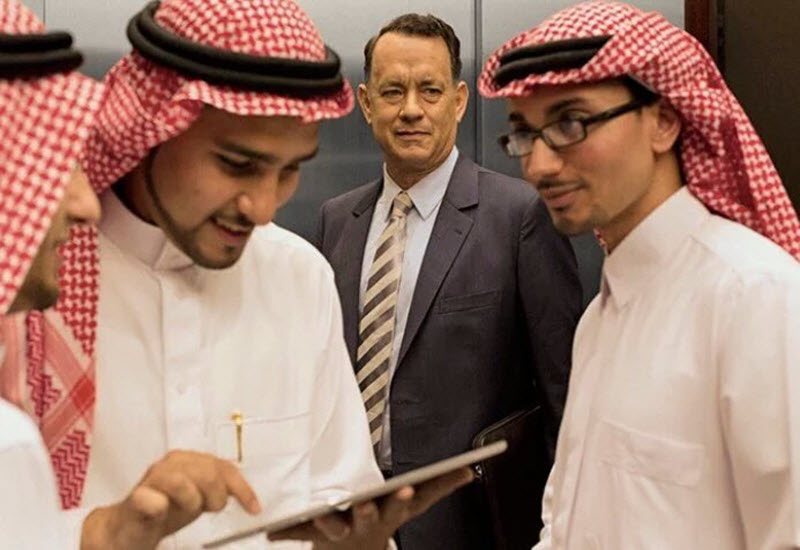 A Hologram for the King

for some sexuality/nudity, language and brief drug use. 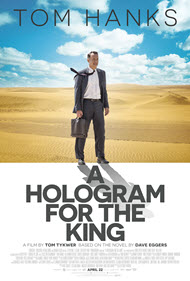 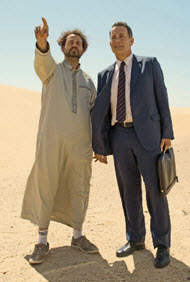 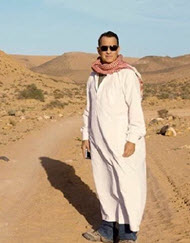 How does the Qur’an compare to the Book of Genesis on the great events of history (Creation, Fall, Flood and confusion of languages)? Answer

Learn how to make your love the best it can be. Discover biblical answers to questions about sex, marriage, sexual addictions, and more.
Divorce

Two time Academy Award wining actor Tom Hanks is universally recognized as one of the greatest actors of his generation, having starred in numerous critically acclaimed films for over 40 years. In his latest film, he plays Alan Clay, a washed up, depressed, divorced and currently unsuccessful sales person who desperately needs to close an important deal selling cutting edge teleconferencing technology to a king in Saudi Arabia that would help resolve some serious financial problems in his personal life.

We quickly find out that this will not be an easy task to accomplish. Various obstacles hinder his efforts to set up a meeting to demonstrate his company’s product. Some of these are an inadequate workplace for Alan and his IT team, an uncooperative receptionist, a Saudi king who never shows and Alan’s own lack of motivation. A growth on his back that is increasing in size also contributes to his growing sense of gloom, in that he is convinced it will ultimately kill him.

Due to his daily habit of oversleeping, which causes him to miss the hotel shuttle bus to the workplace, Alan is forced to call for car service. This enables him to meet Yousef, a car driver who has a great understanding of American culture and a greater sense of humor. When Alan injures himself trying to remove the growth on his back, it’s Yousef who brings Alan to the hospital where he meets Dr. Zahra, a Saudi doctor who not only helps Alan with his back growth, but, as the movie progresses, might be the person who helps Alan get out of his funk and regain his sense of purpose. The rest of the movie deals with Alan’s attempt to arrange the meeting with the King and to make sense of his life.

Despite having different backgrounds, Yousef and Alan develop a warm friendship and both try to help the other out of difficult situations. This can be used to discuss the Scripture Philippians 2:4:

“Let each of you look not only to his own interests but also to the interests of others.”

Alan’s problems and despair can be used as a talking point regarding God’s promise in Psalms 46:1, “God is our refuge and strength, a very present help in trouble.”

Tom Hanks will not be winning any awards for this role. He seemed to be mailing in his performance, which was disappointing. I found this a very difficult movie to sit through, on many levels. Its language, drug and alcohol use, nudity and improper sexual relations set a very dark tone. The only mention of God is from a Muslin point of view; Jesus and Christianity are totally absent. Everyone is miserable for one reason or another. As a final insult, when the screen went black and the credits started, I was left dumbfounded. My exact words were, “Is that it?” There is absolutely no reason to see this film, and I recommend avoiding it, either in the theater or when it’s released on DVD, as if it was one of the plagues.

Movie Critics
…Film is a riot of missed opportunities…

Cary Darling, Fort Worth Star-Telegram
…A graceful but nonetheless redundant addition to the “depressed white guy going through a midlife crisis” genre…

Tim Grierson, Screen Daily
…it downplays the evils of Islam and shows the businessman having an illicit affair… unacceptable viewing.

Ted Baehr, Movieguide
…a meandering mess of half-baked storylines that amount to little. Hanks’s affable presence keeps it all afloat. … [2/5]

Common Sense Media
…Tom Hanks keeps “A Hologram for the King” from being royal disappointment… But after a first act that seems to promise a biting comedy, the film gets lost in the desert—literally and figuratively. …[3/5]

Ethan Sacks,·New York Daily News
…broadens the story’s humorous and romantic elements at the expense of its deeper, more existential qualities… the subtleties that Eggers achieved on the page haven’t been especially well translated…

Justin Chang, Variety
…a delightfully reflective comedy-drama… Tom Hanks is in top form… It’s true that not much happens—except cinema at its finest. [3½/4]

Moira Macdonald, The Seattle Times
…this film is surprisingly sweet. …“A Hologram for the King” could do without that comic chauffeur, and a few of its ideas are too often repeated. …Yet there’s something gentle here, something warm and definitely something grown-up.

Stephen Whitty, New York Daily News
…At its best, an affecting fusion of midlife crisis and globalization blues. …With so much right about the film’s present-tense drama, it’s unfortunate that Tykwer keeps interrupting with repetitive bits of backstory and fumbled flashbacks…