How does the Qur’an compare to the Book of Genesis on the great events of history? 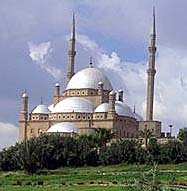 The differences between the Qur’an and the Bible are massive, beginning with the foundational history of Genesis, upon which the Gospel is squarely based.

The Bible teaches of a God of love for whom death and suffering were not a part of His original creation; sin caused the world to fall from original perfection.

By contrast, and in common with theistic evolutionary corruptions of Bible doctrine, the Qur’anic view of death and suffering has them as intrinsic to creation, a natural part of the way things are.

Not surprisingly, therefore, the worldview of Islam leads to a radically different understanding of the nature of God, humanity, salvation and the world in general. This must affect not merely the stance of individuals, but entire cultures.

“My name is Muhammad,” the young man said to a fellow student at university in Australia. “Muhammad?”, she replied, “Where have I heard that before?”

After he, a Muslim, explained that Muhammad[1] is the name of the “Great Prophet” of Islam, the young lady, raised in a church-going family, asked about the differences between Islam and Christianity.

The Muslim man explained that probably the most fundamental differences is that the Qur’an [2] speaks of Jesus as a prophet-definitely not the Son of God.

That evening, the Australian-born student told her father of the encounter, and asked, “Dad, I’ve been thinking… our bodies are unclean! Why would God, who is pure, sully himself by coming down to Earth in human form?”

[Learn why God greatly humbled himself]

After her father failed to give a reasoned answer, she turned her back on the church, converted to Islam and later married a Muslim. [3]

Such a question requires only a basic understanding of the Atonement to answer. Salvation required a sacrificial “last Adam” (I Cor. 15:45) to shed His blood in death, one who was a descendant of the first, yet sinless. This could be fulfilled only through God incarnate, Jesus Christ (Hebrews 9:12, 22).

Notice, though, how all this is built upon the foundational Genesis truths of the first Adam bringing in sin and death, and the first shedding of blood as a covering for sin (Genesis 3:21). The increasing confusion caused in the church by long-age compromises (which, by putting suffering, death and bloodshed before Adam, undermines these truths) is a major reason why so many today cannot give reasoned answers to basic Gospel-related questions (contravening 1 Peter 3:15). This leaves young people in the church vulnerable to being tossed by winds of false doctrine (Ephesians 4:14).

Following September 11, the increased prominence of Islam in the media, and public declarations by government (and many church) leaders that Islam is a “great” religion, will likely raise further questions in the minds of many young people in the churches (e.g., “Do Jews, Christians and Muslims worship the same God?” / “What does the Qur’an say about the Bible?” / For Christians: What does Islam teach about the crucifixion of Jesus? / For Muslims: What does the Qur’an say about Isa al Masih (Jesus)?).

Many Christian commentators have sought to raise awareness of fundamental doctrinal differences between the Qur’an and the Bible (see charts below), but few people are aware of how the Muslim’s holy book starkly contradicts the Bible’s account of our origins.

Creation, The Fall, Flood and Babel

Genesis provides a unified description of Creation; the Qur’an does not. Instead, fragmented passages are scattered across many of its 114 chapters (“Sura”). The tables below attempt to assimilate these fragments for a clearer picture of what the Qur’an says, compared to the Bible.

The many contradictions highlighted in these tables surely demolish any claims that the “revelation” given to Muhammad is not a corruption of, but reliably builds upon, Judeo-Christian history.

For instance, the Qur’anic account prohibits Adam from going anywhere near the Forbidden Tree, while Genesis says that God only commanded Adam not to eat its fruit. (Man had been placed in the garden to tend it (Genesis 2:15), which seems to require physical access to each tree for e.g. pruning.)

Interestingly, the Bible relates that Eve, who was deceived (I Timothy 2:14), had misconstrued God’s instruction to not eat of the fruit from the tree to instead also mean not to touch it (Genesis 3:3). Yet Eve’s distorted view, obviously wrong, is portrayed as truth in the Qur’an.

The Biblical account of origins also makes more sense of today’s world than does the Qur’an—e.g. the presence of sin, violence, death and the origin of languages (and concomitant minor “racial” differences). The Bible explains why the whole creation is so obviously groaning, in bondage to decay (Romans 8:19-22). In contrast, the Qur’an makes God responsible for death and suffering, in common with long-age and evolutionary Christian views, and Eastern religions.

CREATION
Key differences between the Bible and the Qur’an

[Also see: Age of the Earth and Days of Creation]

The Qur’an and Evolution

With the increased adoption of evolutionary-based curricula, some Muslim leaders and scholars began to recognize the threat to Islam from a rising tide of evolutionary thinking. Their response had been either to attack evolution, or, more commonly, to blend it with Islam.

The creationist Muslims claim that “The theory [of evolution] and the holy Qur’an are in direct conflict with each other and no compatibility is possible anywhere.”4 New Scientist reported that Islamic creationist books city and copy Christian creationists, but with Biblical references deleted.[ 5]

Evolution-believing Muslims seem to be far more numerous, and vocal, than creationist Muslims.

They have a substantial strategic advantage precisely because the Qur’an is so vague, nebulous and seemingly open to various interpretations.[6] They delight in pointing out that, in contrast, “There is absolutely no ambiguity whatsoever in the Biblical description of the Creation in six days followed by a day of rest, the sabbath, analogous with the days of the week.”[7] These evolution-accommodating Muslims are adamant that the “days” of Creation in the Qur’an “mean in reality 'very long Periods, or Ages, or Aeons.'”7]

Muslim apologists gleefully point out that the Qur’an is compatible with evolution where the Bible is not, e.g.: “Neither here nor anywhere else in the Holy Qur’an is it affirmed that Adam was the first man, or that there was no creation by God before Adam, nor that Adam lived or man was created, or the Earth made, only six thousand years ago.”[8,9]

Long-age Muslims exploit the Bible’s explicit detail of the Flood, too. They say that because the Bible clearly says there was a recent global Flood, while “science” says there was not, the Bible is wrong and the Qur’an is thus confirmed to be right![10] Some of the Muslim literature even claims that the Qur’an shows that Allah revealed to Muhammad details about the “big bang”, ancient universe and evolution long before scientists began to “discover” such “facts”.[11]

[Also see: The Flood and the Bible]

In the same way that being aware of evolutionary challenges to our faith helps us to be ready with answers,12 so, too, we need to be aware of what religions, including Islam, actually say, in order to be better prepared to answer our children’s questions.[13] When men teach things that are contrary to the Bible, we are commanded to actively oppose such ideas (2 Corinthians 10:5). Christians need to be ready to help guide young people through the kinds of “intellectual crisis of faith” that many confront in their teenage years--whether because of exposure to evolutionary teaching, or to other religions.

Knowing that the Word of God accurately explains our world ahead of all opposing ideas not only strengthens our own faith, but gives us the confidence to reach out in love to challenges--including Muslims.

Just as the Apostle Paul used Athenian beliefs to draw his Greek listeners to the truth of the Gospel (Acts 17:22-23, 28), Christians could use a similar approach when talking with Muslims. One could start by reminding the Muslim that the Qur’an says that the Scriptures of Jews and Christians were given by God, e.g. Qur’an 2:87--“We gave Moses the Book and followed him up with a succession of Apostles; We gave Jesus the son of Mary clear (signs) and strengthened him with the Holy Spirit.” Similarly, in Qur’an 6:91, the Book given to Moses is described as “a light and guidance to man…”

So why so many irreconcilable differences between Genesis 1-11 and the Qur’an? A Muslim might say that today’s copies of the Bible have been corrupted. But the earliest Biblical manuscripts (e.g. in the British Museum[14]) date from before Muhammad, demonstrating the reliability of our current copies.

A further challenge for the Muslim would concern the presence of death, suffering, grief, etc. in the world. Consider the following exchange between American TV host Larry King and Georgetown University’s Islamic professor of theology, Maysam Al-Faruqe: 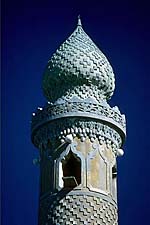 KING: Maysam, if you believe in heaven and paradise, then dying is good?
AL-FARUQI: Absolutely. And dying is perfectly natural, it’s the end of things.
KING: Why do we treat it tragically?…
AL-FARUQI: Well, there is the pain…[15]

So in this Muslim (also theistic evolutionary) view of death as “perfectly natural,” why grieve and wail at the death of a loved one? The Islamic professor’s answer, “Well, there is the pain…” begs the question: “So pain and suffering are a “natural” par of God’s good (Qur’an 32:7) creation, too?” Clearly, Muslims have no satisfactory answer.

[Also see: Is there archaeological evidence of the Tower of Babel?]

Muslims claim to respect Jesus and other Biblical figures, which has caused many to think Islam may be an “additional” revelation from the Creator, building upon a Biblical foundation. However, the differences between the Qur’an and the Bible are massive, beginning with the foundational history of Genesis, upon which the Gospel is squarely based. This evidence is consistent with the Christian claim that the Bible is the Creator’s truthful, sole revelation, and that the Qur’an, despite some superficial resemblances, is a radical departure from its teaching.

The Bible teaches of a God of love for whom death and suffering were not a part of His original creation; sin caused the world to fall from original perfection. By contrast, and in common with theistic evolutionary corruptions of Bible doctrine, the Qur’anic view of death and suffering has them as intrinsic to creation, a natural part of the way things are. Not surprisingly, therefore, the worldview of Islam leads to a radically different understanding of the nature of God, humanity, salvation and the world in general. This must affect not merely the stance of individuals, but entire cultures.

Learn more about Islam and Christianity

Copyright © 2002, 2003, Creation Ministries International, All Rights Reserved—except as noted on attached “Usage and Copyright” page that grants ChristianAnswers.Net users generous rights for putting this page to work in their homes, personal witnessing, churches and schools.