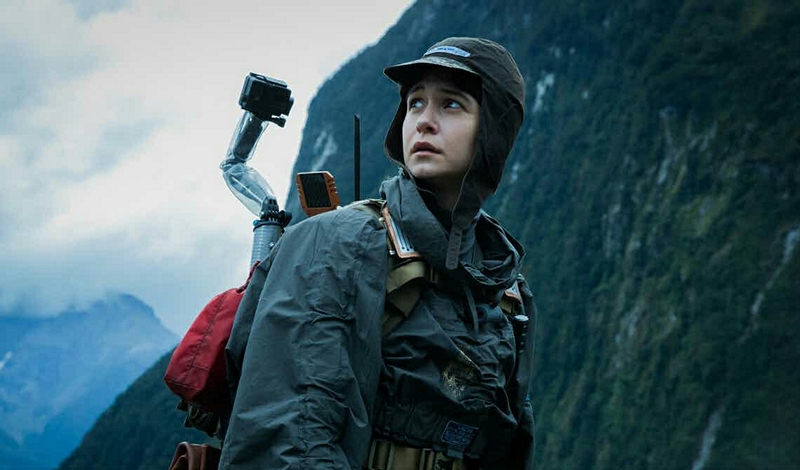 for sci-fi violence, bloody images, language and some sexuality/nudity. 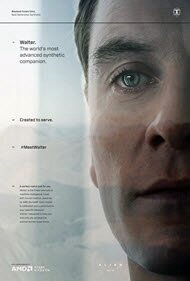 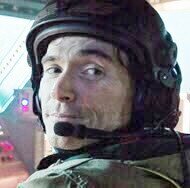 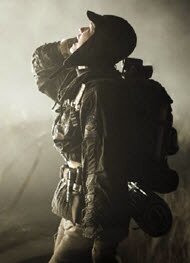 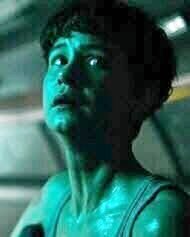 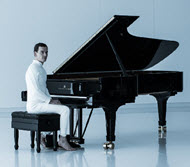 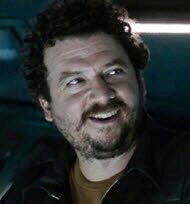 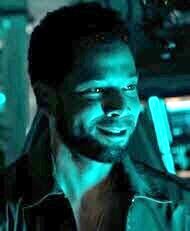 This line kept reverberating through my mind as I watched “Alien: Covenant,” Ridley Scott’s sequel to his underrated gem “Prometheus” and a prequel to his sci-fi horror classic “Alien.” While this is obviously a continuation of the story-line from “Prometheus,” “Alien: Covenant” lets viewers know right away, with the familiar opening score and the slow, deep-space title reveal, than we are in for a much more “Alien”-like movie than “Prometheus” ever was. Where “Prometheus” leaned heavily on the sci-fi drama, “Alien” apologetically leaned on sci-fi suspense and horror. With “Alien: Covenant,” we get a movie that finds a pretty solid balance of both.

The crew of the spaceship Covenant are in hyper-sleep, seven years from the target planet they plan on colonizing, when a malfunction aboard the ship awakens them. While repairing the damage, one of the crew members receives a radio transmission that appears to come from a human source. The crew, with the help of Mother (the ship’s AI mainframe) and the on-board android (played by Michael Fassbender), track the source of the transmission to a planet that appears to be perfectly habitable for humans and is only a few weeks away.

The captain of the ship (Billy Crudup) has a tough decision to make: Have everyone re-enter hyper-sleep for another seven years and go to the planet that has already been tested and thoroughly vetted, or take a short diversion and investigate a new planet that could possibly become their new colony and hopefully make contact with the source of the transmission. Against the wishes of his second-in-command (Katherine Waterston), the captain charts a course for the new planet. Once they reach the planet’s atmosphere, most of the crew is dispatched to investigate, while three of the crew members remain on board the ship to be their eyes and ears.

Can someone see this movie who hasn’t seen “Prometheus” or the “Alien” movies? Sure, if they really wanted to. But, anyone who has seen “Prometheus” will immediately recognize the new planet that the Covenant crew has discovered, and will get chills knowing what awaits them. As things quickly begin to go from very bad to a whole lot worse, thanks to the first Xenomorph (“Alien”) appearance of the movie, a mysterious figure emerges to rescue what’s left of the crew and lead them to relative safety in the walls of a large city. The city, we learn, was the former home of the Engineers (the ones responsible for “engineering” the human race) from the “Prometheus” movie.

From there, things spiral even further out of control as the crew on the ground and the crew still aboard the Covenant race to set up a rescue mission before all of the crew members are lost to the creatures roaming the planet.

“Alien: Covenant” starts with a bang and never really lets up, with action and gore pretty much from start to finish (minus the movie’s fascinating opening scene). “Prometheus” spent a lot of time developing character and back-story and slow-burned its way to a more action-oriented climax. That’s not the case in this movie.

What they sacrifice in the way of character-development, they more than make up for in Alien-induced bloodshed. While there isn’t a scene in “Alien: Covenant” that is quite as intense or gruesome as Noomi Rapace’s self-induced C-section in “Prometheus,” this movie is plenty gruesome nonetheless, and the gore is sustained throughout.

Afore-mentioned lack of character development aside, “Alien: Covenant” has a few minor problems. The film is not particularly inventive when it comes to arranging situations where characters are killed off. Just like in most other horror films, you get scenes where characters foolishly wander off for no other reason than to let the audience know that they are the ones about to meet our Xenomorph friend face to face.

I call this a minor problem simply because, let’s face it, no one is going to see “Alien: Covenant” hoping for clever new deaths. The acting is good-ish, but not memorable (with the exception of Michael Fassbender, who should at least be considered for a supporting actor nod). And the ending, while equally exciting and chilling, is seen coming from a few light-years away. Chances are that none of these things will bother fans of the “Alien” franchise, but they are worth noting anyway.

Parents should exercise extreme caution if they are thinking about taking children or teens to this one. At the screening I attended last night, a mother walked in with her 7 year old boy, and I couldn’t help but be saddened at how desensitized people have become. The violence is extreme and will be unsettling to some. The language is strong throughout, much more along the lines of the language in “Aliens.” And there is a brief sex scene in a shower where female nudity is quickly shown. And one character is a self-described “person of faith” who is paranoid about how others view him and is prone to consistently making the wrong choices.

The idea of Creation and a Creator are prevalent throughout “Alien: Covenant,” as it was in “Prometheus.” In the thought-provoking opening scene of this movie (which will likely only make complete sense to anyone who has seen “Prometheus”), a character we know as a creator is speaking with his creation. The creator is explaining to the created being that he is desperately seeking answers as to who HIS creator is, because everything has a creator, and he simply cannot believe that biological anomalies were responsible for the universe and for humankind.

The theme continues throughout the movie, and takes a darker turn later in the film as the created being (who is the film’s more subtle antagonist) says that creation wasn’t meant to serve their creator, and instead is meant to revel in the act of creating something even greater. There is a definite, chilling sense of Lucifer in this moment: A created being selfishly, jealously, wickedly wanting to steal glory from the Creator. In his attempt to destroy the creator, the created being ended up creating something far more destructive to everyone else.

Satan and devil in the Bible

As Christians, we know there is one, true Creator—God the Father. Much like the creator in the movie, we know that everything around us has a creator. Someone designed and created the buttons on your shirt, the chair you are sitting in, the keys I’m typing on at this very second. If literally everything we see has someone who created it, how can we look at the universe around us and the complexity of the human body and say they just happened by chance?

Where did life come from? Is evolution really the best scientific answer? Answer

Can Evolution be the source of life in all its complexity? Answer

Positive
Positive—As for the story, I enjoyed, when it wasn’t a cup of tea for others. My opinion is more a rebuttal to the sole, negative review, but, in only one sense. I don’t see the role of the believer as that of a weak, indecisive person. I see this in life when secular employers and companies who feel like Christians are not good for business or even staff morale. This character literally states this early in the movie. I thought that this was a nod to how difficult it can be for people of faith in the secular workplace.

What’s very strange to me, though, is that Ridley Scott being an atheist, or at best, an agnostic, certainly thinks about GOD quite a lot. Maybe, somehow… someway… there is hope for him to realize that he needs Jesus. Let’s keep him in our prayers.
My Ratings: Moral rating: Very Offensive / Moviemaking quality: 4

Sherman, age 52 (USA)
Negative
Negative—I was hesitant to see this movie, given the mixed reviews, but, having enjoyed the first two movies in the series, I decided to see it anyways… I wish I hadn’t. The movie was a bit drawn out and clunky. While I remember the first two movies as very suspenseful, this one seemed to focus on the violence for its own sake. It left me disturbed.

The language is over the limit and offensive to the ears. There is an underlying darkness to the film and seems to draw a parallel between the android David and Satan. The one “believer” on the crew of the covenant is shown as uncertain of himself and indecisive once he assumes command of the crew, implying that his faith is superficial and a point of weakness.

There is also a subtle nod to homosexuality through the relationship between the two male androids in which David acknowledges his love for a Walter (just before he attacks him), giving him a kiss, which is an affront to God’s desire for us.

It was a waste of time and money, and offensive to the Holy Spirit. Next time I will yield to the voice of the Holy Spirit.
My Ratings: Moral rating: Very Offensive / Moviemaking quality: 3½

Lonnie, age 62 (USA)
Negative—I watched this film recently and there were so many things wrong with it! This film depicts aliens (which I do not believe are real, i.e., not in the Bible) as living murdering machines. The film also depicts several scenes with direct reference to Christianity and compares it to Nazi Germany. How a film writer would ever make this I have no idea! I am personally very offended while watching this (not even going to mention things like same sex couples featured in the film).

This film also features nudity, violence and an abundance of special effects as well as being extremely anti-religious (i.e., references to “Darwinism” and the theory of Evolution).

I would not recommend this movie to anyone! But especially children or even teenagers! Far too blasphemous for adults, and inappropriate for everyone. I do not recommend!
My Ratings: Moral rating: Extremely Offensive / Moviemaking quality: ½

Movie Critics
…While there are cool new alien effects and a solid cast, everything is just too familiar to be satisfying. …repeats a number of the sins committed in Prometheus. First off, the humans make epically bad decisions…

Scott Chitwood, ComingSoon
…little more than an unpalatable pile of poop jokes behind. …the clownish antics on display here aren't admirable ones—especially when the onscreen adults lead the charge. And the obnoxious, deceptive kids are, well, obnoxious and deceptive. …
Bob Hoose, Plugged In
Comments from non-viewers
Negative—I’m so glad I read the reviews. I, for one, won’t go see it. I’m not going to waste my money on this movie.
My Ratings: Moral rating: Extremely Offensive / Moviemaking quality: 1