Can Evolution be the source of life in all its complexity? 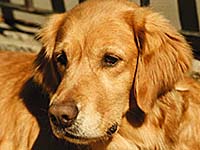 One need only look carefully at any living creature to gain some concept of their enormous complexity. If you have a pet, consider the complexities that must be involved enabling that “package of matter” to move about, play, remember, show signs of affection, eat, and reproduce!

If that is not enough to boggle your mind, imagine being given the task of constructing a similar living pet from carbon, calcium, hydrogen, oxygen, etc. the animal's basic constituent parts.

If you have ever held a beloved pet in your hands, completely limp and dead, you may have some comprehension of the helplessness of even the most intelligent and sophisticated scientist when it comes to the overwhelming problem of trying to create life.

In contrast, the natural world does not have the advantages people bring to the problem. In nature, there are only matter, energy, time, chance and the physical laws no guiding force, no purpose, and no goal.

Yet, even with all of modern man's accumulated knowledge, advanced tools, and experience, we are still absolutely overwhelmed at the complexities. This is despite the fact that we are certainly not starting from absolute zero in this problem, for there are millions of actual living examples of life to scrutinize.

All living things are extremely complex. Even “the simplest organism capable of independent life, the prokaryote bacterial cell, is a masterpiece of miniaturized complexity which makes a spaceship seem rather low-tech.” [152]

The design of the human brain is truly awesome. (Photo from the video series, ORIGINS.)

It has been said that man's 3 pound brain is the most complex and orderly arrangement of matter in the entire universe! [154] Far more complicated than any computer, the human brain is capable of storing and creatively manipulating seemingly infinite amounts of information. Its capabilities and potential stagger the imagination. The more we use it, the better it becomes.

The brain capabilities of even the smallest insects are mind-boggling. The tiny speck of a brain found in a little ant, butterfly or bee enable them not only to see, smell, taste and move, but even to fly with great precision. Butterflies routinely navigate enormous distances. Bees and ants carry on complex social organizations, building projects, and communications. These miniature brains put our computers and avionics to shame, in comparison.

The marvels of the bodies of both animals and man are evidently endless. Dr. A.E. Wilder-Smith makes this thought-provoking and humbling statement:

Imagine being given the task of constructing any living animal from scratch, using carbon, calcium, water, etc. It boggles the mind. Now imagine miniaturizing the program to grow it and run it. All the chemical information needed to construct an elephant is contained in a tiny speck (the fertilized egg cell).

“When one considers that the entire chemical information to construct a man, elephant, frog, or an orchid was compressed into two minuscule reproductive cells [sperm and egg nuclei], one can only be astounded.

In addition to this, all the information is available on the genes to repair the body (not only to construct it) when it is injured. If one were to request an engineer to accomplish this feat of information miniaturization, one would be considered fit for the psychiatric clinic.”

It is certainly true that a machine carefully made by a craftsman reflects the existence of its creator. It would be foolish to suggest that time and chance could make a computer or a microwave oven, or that the individual parts could form themselves into these complex mechanisms due to the physical properties of matter. Yet, life is far, far more complex than any man-made machine.

The more scientists study life, the more they become deeply impressed. Nature is full of intricate design and beauty. In contrast to man-made objects, which look increasingly crude in finish and detail the closer they are viewed (i.e., through powerful microscopes), the closer life is examined the more complex and wondrous it appears. [155] Biologists are continuing to make exciting discoveries of ever greater levels of design and complexity.

Planet Earth is filled with a myriad of lifeforms, each with enormous levels of complexity. Materialists believe life in all its amazing forms consists merely of atoms and molecules. They believe these atoms and molecules formed themselves into millions of intricate animals and plants. [156] This view was born out of an earlier, more naive period in science when the extreme complexity of living systems was not understood.

Even if nature could have originally built the proteins and enzymes used by living things, the job would not have been done. It takes more than this to produce life. There is an enormous difference between producing building blocks and producing a fully operating and serviced 100-story skyscraper from those building blocks. Buildings require builders; programs require programmers.

Today, most scientists are convinced that life could never have come into being without some form of highly intelligent designer.

152
The Incredible Complexity of Living Things

153
Complexity of the Human Brain

For further information on Wilder-smith's views on teleonomy, see:

Copyright © 1999, Films for Christ, All Rights Reserved—except as noted on attached “Usage and Copyright” page that grants ChristianAnswers.Net users generous rights for putting this page to work in their homes, personal witnessing, churches and schools.