for sequences of gun violence, action, destruction, language and some suggestive material.

The film suggests that climate change is making hurricanes worse 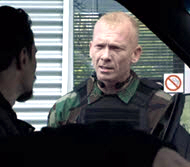 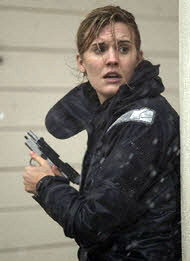 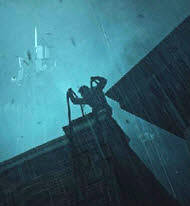 “Hurricane Heist” is directed by Rob Cohen and often mirrors the frantic pace of his 2001 film “The Fast and Furious.” This is a guy flick, and three 30-something men in front of me frequently cheered, laughed loudly and clapped during the showing (and later apologized for their outbursts, though I and others didn’t think that necessary).

The story takes place in an Alabama town on the Gulf Coast. It begins in 1992 on a disturbing note as two little boys witness a parent’s death by means of Hurricane Andrew, one of the few hurricanes to hit the U. S. as a Category 5 storm. This scene is very similar to the opening scene of the 1996 film “Twister.” Though the film is rated PG-13, I think this opening scene of hurricane mayhem and parental death would be too intense for younger children. The story then fast forwards to present day when the boys are adults, one a Ph.D. meteorologist, the other an ex-Marine and electrical repairman with his own shop. Hurricane Tammy is now threatening and no one thinks she’s going to amount to more than a Category 2, but the meteorologist, Will, warns everyone, including his fellow meteorologists, not to underestimate this storm.

As the storm intensifies, Maggie Grace, the teen girl from the 2008 film “Taken,” is treasury agent Casey, guarding $600 million in cash at a Federal facility. Unbeknownst to Casey, there is also a large gang of thieves who have concocted a well-designed plot to truck it away under the perfect cover of the hurricane. Desperate outlaws stealing three truckloads of cash, amidst 150-mile-per-hour winds and a deluge of rain and storm surge, debris soaring all over the place, and failing equipment—what could possibly go wrong?

The movie is fast paced, often intense (too much so for younger kids), with realistic hurricane effects. There are many fist fights, high-adrenaline car chases accompanied by crashes and several shoot-outs, though the sight of graphic blood is kept to a minimum. There are two fantasy-like scenes when a frightening skull image appears in the clouds. Younger children would be fearful of those images, which may affect how they withstand future thunderstorms. Some of the situations in the film are quite perilous during the storm, as cars and debris fly about, buildings collapse near people, and one alarming scene where the brutal thieves try to put a helpless screaming man through a giant shredder.

There is no on-screen sex, moderate nudity, but plenty of crude language. I counted about 20 mentions of the word “sh*t,” 3 times “hell” was referenced, “bit*h” was said in some form 4 times, “a*s” came out several times, one f-word, “d*ck,” and “p*ss.” The Name of Jesus was profaned twice, and several God-da*n’s. Along with that, several crass phrases were mentioned, such as “grow a pair,” ”I’m gonna cattle-prod her privates” and “cash stuffed into too many g-strings”. There is one scene of implied illicit sex when a man finds a pair of lady’s underwear in a bachelor’s apartment.

Alcohol use appears a couple of times.

As a Christian, I saw the film as an assortment of how greed will drive some people to risk everything, including their souls. One character even says desperately about his life, “The money is all I have.” They are willing to put their very lives on the line, during a horrendous hurricane, so that they can commit a crime. How much is a soul worth? Seeing the cash piled on pallets in the vault, I pondered,

“Hurricane Heist” will remind folks that, even with $600 million on the line, the old adage is true—“Crime doesn’t pay.”

Neutral—With our wives away, we were looking for a clean movie on a Friday evening. Manly men might not choose “Peter Rabbit” or even a vigilante bloody revenge Bruce Willis movie so the only real choice was a hurricane heist action flick on its opening night. I knew it would probably be lame, but entertaining, and I was right. Very fast ham action, so much CGI, it was almost unbelievable, a mission impossible with a fast and furious raging hurricane not capable of killing thieves, murderers, a gutsy woman or two fun brothers. What’s wrong with hurricanes these days?!!

The bad guys consistently overacted and the story unfolded in such a way that I wanted it to be over, but in a satisfying way. Spoiler Alert: No guy gets the girl, but bad guys and gals do get their eternal reward. Some sexual hints, but nothing blatant, between the British hacker and his bit of fluff.
My Ratings: Moral rating: Average / Moviemaking quality: 3½