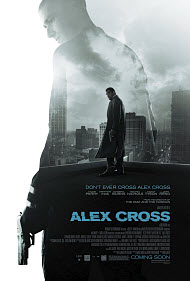 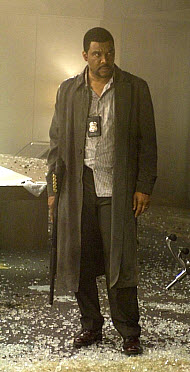 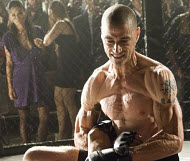 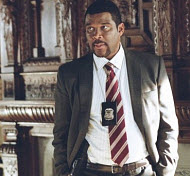 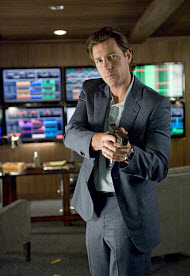 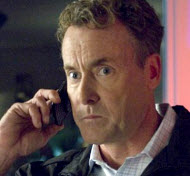 He’s made a name for himself as a prolific writer and director of stage, screen, and television; he has starred in nearly all of his creations, either as the principal or in cameo roles. His most famous character, Madea, has catapulted him to the national spotlight, earning him legions of loyal fans. But the question on many people’s minds is “Does Tyler Perry have what it takes to star in a film that he did not write?” That is the question that will be answered in director Rob Cohen’s “Alex Cross.”

Perry stars as the title character, a detective with a special gift for profiling the criminal mind. Cross’s predictions are never wrong, and his success in solving the most heinous crimes has earned him accolades and an offer to join the FBI. Cross, his wife Maria (Carmen Ejogo), their two children, and his mother, affectionately known as Nana Mama (played by critically acclaimed actress, Cicely Tyson), are preparing to move to Washington, D.C. Their moving plans are interrupted by an unnamed psychopathic killer with a penchant for pain who thrives on torturing his victims; Matthew Fox of “Lost” fame plays. Edward Burns rounds out the cast as Cross’s loyal partner, Tommy Kane.

The film is chock full of positive messages, especially on the importance of family. Cross is willing to go to any lengths to ensure the safety of his family, perhaps at the risk of his own soul. Regrettably, Alex falls victim to a vengeful spirit to the point where he is willing to walk outside the lines of the law in order to bring the killer down. Nana Mama serves as a voice of reason as she cautions Cross to maintain his composure and not risk becoming a different person because of rage; she urges him to think about his children and how to keep their respect.

The film walks a fine line—attempting to walk close enough to the lines of morality without going over. There is some sexual content; early in the film, Kane and his female partner, Monica, are having sexual intercourse; no nudity is present, but suggestive sounds make it clear what the characters are up to. The killer exercises in the nude, and there are side shots of his naked frame, but thankfully the camera stops before frontal nudity is shown. The first victim wears skimpy lingerie and has invited her killer into her bedroom with the goal of sex.

There is also some alcohol and drug content, and just enough coarse language to hold the rating at PG-13. The violence is pretty extreme, as the idea of torture plays a heavy role throughout the film.

Overall, I give the film a B-/C+ as it holds the interest of the viewer, but the grade diminishes because the characters are not fully developed. There’s no real back story here; we get no real understanding of who these characters were before the action of the story—the characters are just flat. Fox gives a great performance that is far from his usual body of work, but still, his character is rather flat. Perry holds his own, but there is still something unbelievable or inauthentic about his presentation of the tough-as-nails homicide detective. (It is still interesting to see Perry doing something different than his usual shtick.)

Negative
Negative—This movie was filled with things that have already been done before. That, however, could have been made up for by adding fresh, exciting action sequences. Tyler Perry surprised me with his acting, but, aside from that, the whole movie story was blah.
My Ratings: Moral rating: Very Offensive / Moviemaking quality: ½

Jason, age 33 (USA)
Negative—“Alex Cross” centers upon an African-American police detective and how he both pursues, falls victim to, and clashes with an insane murderer called “Picasso” for the drawings he makes of his victims. The movie is based upon James Patterson’s gritty crime novels and features the same levels of violence, gore, language, and sexual content—only trimmed down to meet a PG-13 rating for cinemas.

Personally, I find the rating a bit unfitting due to the film’s mature content, including a drug addict who has an awkward scene with the protagonists, and inferences that the murderer himself may even be taking some hard drugs. The violence is also top-notch, involving ***SPOILERS*** a pregnant woman meeting a premature end by the villain’s hand, which is about as low as cinema villains can stoop. Alex Cross’s partner has a gratuitous intimate scene with a woman he loves but does not intend to marry. She is later killed by the villain, but with no real character from her, and no contributions she had to give to the story, I was greatly unaffected.

Cross is a “righteous” detective who is driven to the edge and beyond by Picasso, and at the end becomes a rage-filled monster. He is told by his mother to not go through with his decision to take down Picasso his own special way, but still proceeds with it. At the end, the film falls victim to the cliché of a revenge story in which the avenger has accomplished what he has set out to do and seems unsure of what to do next. If the story was focused on Alex Cross fighting more for the family he had to lose instead of what was lost, this story woulk have been far more beneficial, in my opinion.
My Ratings: Moral rating: Very Offensive / Moviemaking quality: 3

Patrick, age 21 (USA)
Movie Critics
“…Tyler Perry is good in the poorly executed movie ‘Alex Cross.’ …The film, however, directed by Rob Cohen of ‘The Fast and the Furious’ fame, is a mess. …”

James Verniere, The Boston Herald
“…Tyler Perry… steps so far out of his in-drag Madea comfort zone that it feels, at times, like we’re watching a Saturday Night Live parody of a Patterson pastiche. … watching him display the gamut of emotions called for in Marc Moss and Kerry Williamson’s script is like watching the Hulk attempt Swan Lake. … [1½/5]”

Marc Savlov, The Austin Chronicle
“…The filmmakers in charge do just about everything wrong that they can, beginning with the hand-held herky-jerky camera. … For example: we get a strong dose of the wavering camera while pointed at a person sitting, having a genial conversation. It serves no purpose. It’s just annoying. Yet it happens over and over. …”

Phil Boatwright, Preview Family Movie and TV Review
“…it's far grittier fare than anything he's [Tyler Perry] done up to this point. ‘Alex Cross’ is about a sadistic lunatic who takes immense pleasure in his victims' writhing pain as he tortures and kills them. Despite the film's PG-13 rating, it's thematically closer to something like the Saw franchise than anything in Tyler Perry's previous credits. …In the end, it's all pretty predictable and persistently ugly. …”

Bob Hoose, Plugged In
“…If I had to describe Alex Cross in one word, it would be ‘emotional.’ There’s a roller coaster of feelings, from suppressed joy to palpable fear to excruciating pain and overwhelming grief. …A story about a killer who enjoys hurting people could have been seriously repulsive, but the camera never lingers on gore for gore’s sake. …”

Susan Ellingburg, Crosswalk
“…Strong humanist worldview of revenge and protagonist losing himself to hate… ALEX CROSS isn’t a well-told story. The characters aren’t believable, and the emotion they try to invoke feels forced. …”

Peter Debruge, Variety
“…A grim, dispiritingly stupid waste of time, energy, money and talent… That ‘Alex Cross’ would present a challenge for any actor is evident from its clumsy opener, a chase sequence with Detroit cops and some disposable bad guy that is so visually nonsensical, so maladroit in its staging and editing (it’s a fair guess that the editor didn’t have many good choices to work with), that it looks as if the cops were shooting at one another. …”

Manohla Dargis, The New York Times
“…a disjointed thriller with too many characters rattling around… The direction by Rob Cohen is so careless…”

Roger Ebert, Chicago Sun-Times
“…Tyler Perry can’t elevate this lackluster thriller. … An unpleasant film from the sadistic behavior of its loathsome villain to the grubbiness of its visual palette…”