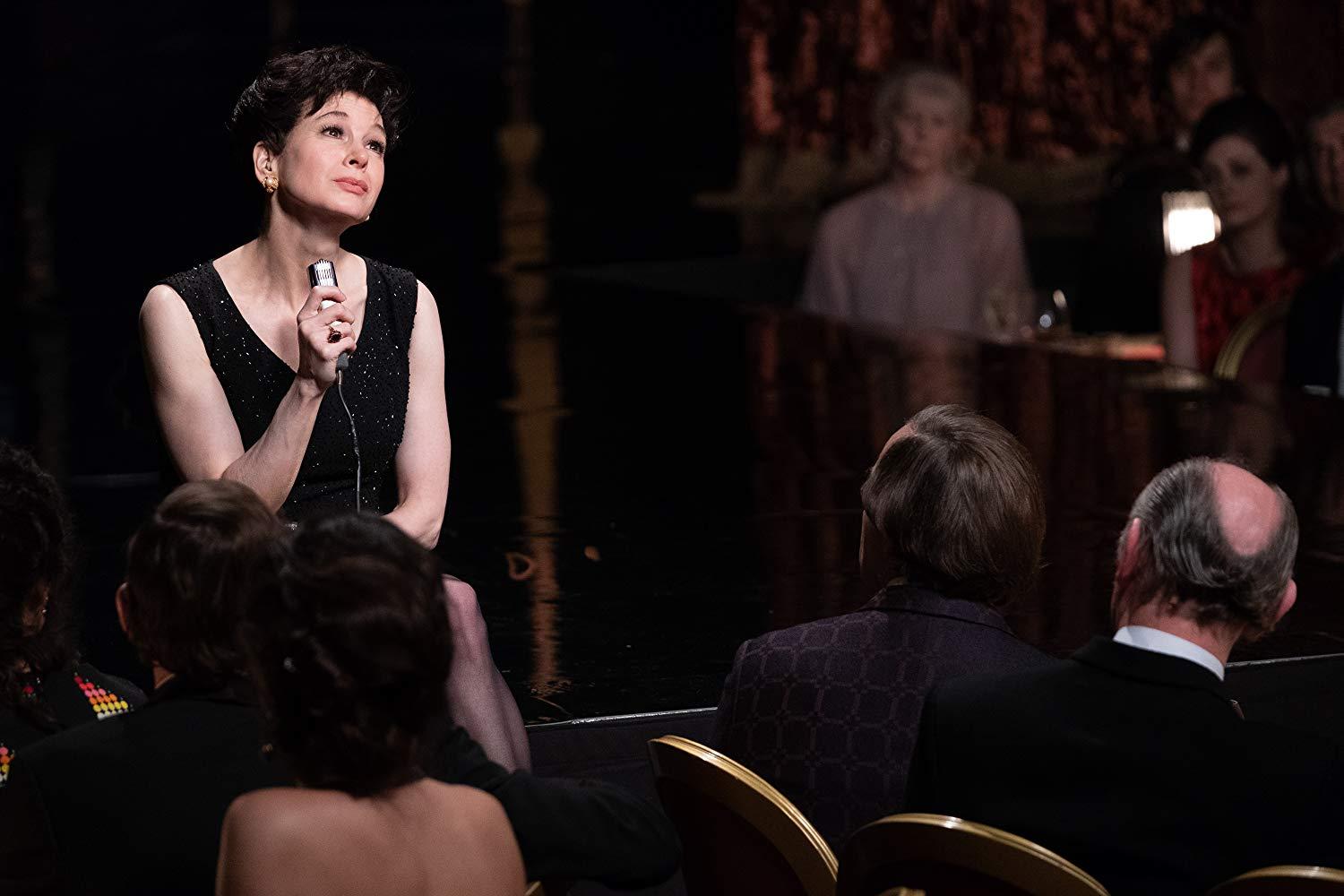 for substance abuse, thematic content, some strong language, and smoking. 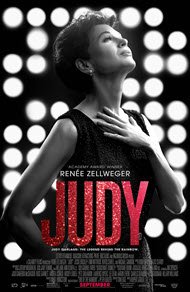 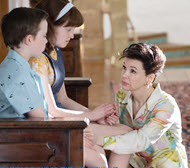 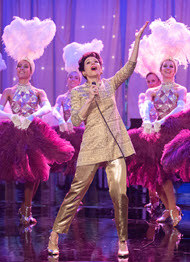 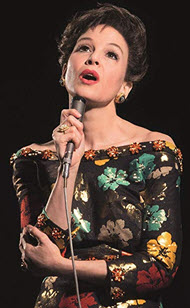 The life of American singer and actress Judy Garland 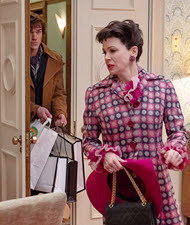 Negative self-image / insecurity, self-conscious and anxious about her appearance 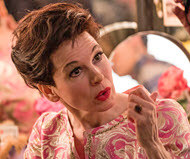 A life-long slave to sin, as well as a victim of the sins of others

Have questions about life before birth, or a woman’s choice about pregnancy and abortion? Discover reliable answers. 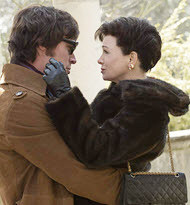 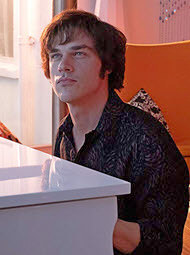 “Somewhere over the rainbow
Way up high
There’s a land that I heard of
Once in a lullaby.” —lyrics by Yip Harburg, music by Harold Arlen

“Jesus answered him, ‘What I am doing, you do not understand now, but afterward you will understand.’” —John 13:7 ESV

“In My Father’s house there are many mansions; if it were not so, I would have told you. I go to prepare a place for you.” —John 14:2 NKJV

Robert Goold’s biopic “Judy,” written for the screen by Tom Edge and based on Peter Quitter’s 2010 West End play “End of the Rainbow” (transplanted to Broadway in 2012) is a tabloid-style mix of high octane razzle-dazzle and smoldering wreckage. “Judy” shimmers in spots, but for a movie awash in stage lights, glitter, and sequins, it has almost no illuminating moments. Rene Zellweger’s impassioned impersonation of Judy Garland sometimes lights a fuse (her rendition of “Somewhere Over the Rainbow” is tender and stirring, and she proves proficient at acting most of Garland’s classic songs if not at singing them), but the camera’s (Ole Bratt Birkeland did the cinematography) fixation on the star’s face, highlighting the running mascara and the oozing lipstick, does little to evoke pathos or sympathy.

The facial close-ups are as garish as they are relentless, forcing the viewer to watch every aspect of the singer’s downfall from a front row seat. The spectator is force-fed the unpleasant details of what goes into stagecraft: the greasepaint, the tears, and the sweat under the spotlights. In doing so, the film often slips from docudrama to Grand Guignol, more “Whatever Happened to Baby Jane” or “Mommie Dearest” than “Sunset Boulevard,” “Coal Miner’s Daughter,” or “Amadeus.”

Judy Garland died in in London in 1969. She was 47 years old. The film takes place one year earlier when Judy left the United States broke, in debt, unable to find work, and fighting a legal battle for the custody of her children. She was booked for a five week series of concerts at Talk of the Town, a London nightclub.

During that engagement, Judy struggled with demons that plagued her throughout her life: stage fright, alcohol and drug addiction, financial ruin, and attachments to men who tended to fuel those weaknesses. Interspersed with scenes of Judy’s club performances (clumsily staged numbers that fail to generate the immediacy and the electricity that Garland’s live shows were known to do) are interludes with husband number four Sid Luft (Rufus Sewell), husband number five, Mickey Deans (Finn Wittrock), personal assistant and fixer Rosalyn Wilder (Jessie Buckley), and daughter Liza Minnelli (Gemma-Leah Devereux) that add little to the drama of Judy’s “all the world’s a stage” life. Instead, they only block the view.

The most out-of-place sequence takes place between Judy and two homosexual men (played by Andy Nyman and Daniel Cergueira). Surely apocryphal, the scene is awash in sentimentality, and surprisingly devoid of insight into how these three troubled souls could come together and forge a common bond. The episode lacks the irony, and the bite, one would expect from a made-up encounter between Judy and two Gay men. The sparkle and sting that outsider humor can evoke (“Birdcage,” “Dallas Buyers Club,” the Johnny character in the “Airplane” movies) is sadly missing. So is any insight into why Judy became an icon to homosexuals. Gay men adored her persona and flocked to her concerts, attracted as much to her mayhem as to her artistry. To them she became a kind of totem for a quasi-religion which, like most such cults, was based not on truth, but on emotion, sentimentality, and even frenzy. The Stonewall riots which started the Gay Rights movement occurred one week after Garland’s death, and some claim the passion surrounding her tragic passing to be a contributing factor to the ensuing unrest.

The filmmakers attempt to attribute Judy’s adult troubles to her early life as a child star, implying that the Hollywood system, as embodied by MGM and especially Louis B. Mayer, was the root cause of Judy’s struggles. There is, no doubt, some truth to that, but Garland had other issues that plagued her, including a relentless stage door mother and a probably homosexual father. Her second husband, Vincente Minnelli, was reported to be bisexual, as was her first son-in-law, Peter Allen.

She did have a habit of developing patterns early in life, and repeating them. Garland may have had great instincts as an artist—she is certainly one of the premier voices of the twentieth century—but she had few, if any, survival skills. She lived her life on the edge, always reaching for the extremes. She took unceasingly and often harshly from those around her, leaving behind a wake of destruction, desperation, and unpaid bills, in order to give her audience a taste of those extremes in her performance, a tour-de-force that only someone with great talent, fortitude, and charisma can provide. Yet even her considerable gifts could not overcome the might of a tenacious self-destructive bent.

About the FALL of mankind to spiritual darkness

The Apostle Paul speaks about a thorn that is constantly with him. We are familiar with that thorn because we each have one. It is essential to acknowledge the thorn, but it is also essential not to dwell on it. The problem with defining ourselves, or anyone else, by our problems, our inadequacies and our anxieties is that the sum of those minuses never add up to a whole. Only by acknowledging the thorn, and accepting it as a cross, can fractured pieces come together again. We can attain wholeness only when we surrender to Christ and give Him permission to help us carry that cross.

Do you understand God’s Story? Read our summary

“Judy” attempts to reveal, and to explain, each of Garland’s flaws without giving us a sense of Garland, the whole person. As a result, the movie never gels; a lot of booze gets pored and swirled, but none of it blends to form a cocktail. Zellweger may be a standout in this bland muddle, but even her exhaustive, and often exhausting, efforts cannot save a movie that could have been a sad torch song, but, instead, comes across as a mean Tweet or a catty piece of hate mail.

Oops. While I was writing that last sentence, I was watching Ms. Zellweger being interviewed on television, and when asked to describe her movie, she called it a “love letter” to Ms. Garland. Oh.

Judy Garland lived most of her life under a celebrity spotlight. The glow from that beam can be intoxicating, but like any light that does not come from within, it fades or it shifts to someone else. Rene Zellweger understands that as well as Garland did, and this film is certainly an effort on Zellweger’s part to move that spotlight back in her own direction. There is an inner light somewhere in Garland’s story, but the filmmakers don’t seek it. Nothing shines forth that might reveal a truth about the human condition. That deficiency is sadly a feature of many current day biopics. Recent films about Laurel and Hardy, and about Elton John were uninspired and unmoored. Documentaries about entertainers have fared much better; those about Joan Rivers, Amy Winehouse, and Fred Rogers reveal life lessons in ways that only truths, and not sentimental bromides, can.

“If happy little bluebirds fly beyond the rainbow, why, oh why, can’t I?”

The lullaby land that Judy sings as Dorothy in “The Wizard of Oz” is a place of dreams, but it is also a metaphor for a real city that is not as far away as the song suggests. It is not far away at all. It is here, and it has walked among us.

What is The Kingdom of God?

Our mansion waits, and we may not understand what is happening to us now, but we don’t have to “wish upon a star” to believe that some day we will know. And our joy will be fulfilled.

Comments from non-viewers
Negative—After reading this about her story in the movie I, for one, will not go see it