for language throughout, some drug use and sexual content. 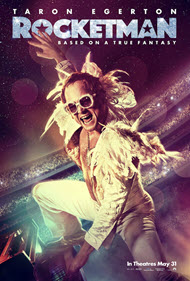 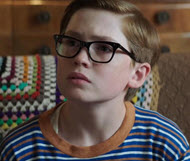 How can I deal with TEMPTATIONS? Answer

What are the CONSEQUENCES of sexual immorality? Answer 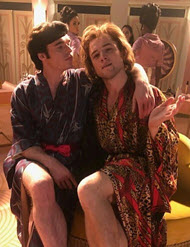 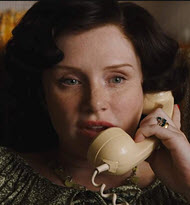 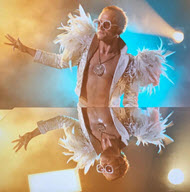 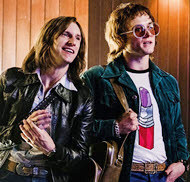 “My name is Elton Hercules John, and I am an alcoholic. And a cocaine addict. And a sex addict. And a bulimic. And shopaholic. With anger issues. Oh, and I use weed and prescription drugs.”

NOTE: I’m too young to naturally know much about Elton John, but I decided that the best preparation for this review would be to not research or ask around about him: rather to just plunge straight in and assess the film on its own merits. I’m not here to judge a person’s life or the historical accuracy of the content. If others can add valuable insights, feel free to do so by commenting at the bottom of this page.

“Rocketman” is a Hollywood-type take on Elton John’s rise to fame, up until when he was able to face his addictions and honestly deal with his family issues, various traumas, loneliness, self-abuse and his bruised ‘inner child.’

My expectations based on the advertising were actually met: the movie is mainly about music, relationships and personal development. What I didn’t expect, however, was that it is partially presented like a Broadway show, giving narrative context and meaning to each song before—or during—its performance. There are also many “surreal fantasy” flashes as a creative child prodigy seeks escape from his miseries. You would think that it’d get confusing, but the approach seems to work well, not even puzzling a woman who prior to this could only name two of Elton’s songs.

At face value, you could call it a heart-rending and warm movie experience which celebrates the joy of good friendship, but also serves to warn against the trappings of the rock star life and the long-reaching consequences of parental mistreatment. Its songs are, of course, very catchy and emotional, while the carefully recreated settings, colorful costumes and energetic dance numbers also add to its appeal for the public. The lead actor, Taron Egerton, is a very talented man who has given his all to the role. Those who play younger versions of Elton John also give flawless performances.

There are several strong warnings to give, though. The alcohol, drugs, smoking and rough language border on extreme. These are not only because of those around Elton, such as in a “free love” party when he was first coming to fame, but also by his own consistent choice throughout a lifetime.

There are small mentions of God, Heaven and Hell, none of which fit with a Christian worldview, and God’s name is used as a curse word several times. F-words (17), sh-words (7) and worse (e.g., C*nt) are unmissable, along with a sprinkling of varied milder oaths. Several child actors are required to curse—the youngest one singing an entire song centered around the word “b*tch” for a reason I can’t fathom.

Apart from this, there are 3 sex scenes, plus several strongly inferred. The Gay sex scenes primarily emphasize the intimacy aspect, with nude hugging, and another scene involves professional misconduct as a boss receives a sexual favor from his male secretary. Clever angling and effects keep such scenes brief and non-explicit. Nudity never involves the most private areas, though it comes close.

A few of the moments of crude language refer to sex acts. Skimpy swimwear and dance-wear are common, and one woman’s revealing top has a V to her waistline. Leaving a pub, we see prostitutes lean in an alley, one trying to fight off a man with wandering hands.

Another key part of Elton’s story is his brief marriage to a woman, an unpleasant time for both, it would seem.

Yet perhaps the most difficult aspect of “Rocketman” to watch—as the makers seem to want—is the emotional shock and disappointment when certain important people in his life hurt him—or he hurts them. It will strike a chord with many viewers who have had similar hurts in their own stories, especially the cruel sting of rejection from an important loved one, and the roller coaster ride of the ‘coming out’ process.

Neglect, adultery, abandonment, sexual experimentation and humiliation occur. Elton and others are subjected to some excessively harsh insults relating to their same sex attraction and relationship choices.

Substance abuse and suicidal temptation are often a direct effect of these instances, so please carefully consider non-attendance if any of these are a raw topic for you.

It should also be mentioned that medical crises, rehab, violent tantrums, brawls and some very cold characters are featured. Elton’s eating disorder and overspending do not play a large role, but may nevertheless be triggering for some viewers.

There is little in the way of healthy family values or good character role modeling for young viewers, but it’s not targeted toward a young audience anyway.

Religion is never mentioned, as far as I know, except in the words of someone whom Elton hardly knew at the time.

Some of you will be concerned about potential for propaganda and troubling undertones, so to you I can say that it does not feel like there’s much of a push towards any particular ideology, when compared with similar films. There is no overt activism. Still, we see the occasional rainbow or peace symbol.

As well as judgments, Elton receives some key pieces of advice from people he looks up to along the way, which are presumably included because they are formative factors in his development as an artist and person. One such is, “You gotta kill the person you were born to be in order to become the person you want to be.” This is a distorted view of identity, unless referring to the Christian life in which we sacrifice our broken self-made identities in order to embrace the Creator’s wise plans and the loving sacrifice He made to redeem us and make us a person we’ll truly want to be.

Also, once on the rise into huge fame Elton is encouraged to explore and dive deep into “what you really want,” after which he makes several bad choices he later regrets. On the other hand, a person who sees Elton starting to embrace homosexuality declares, “You’re choosing a life of loneliness. You’ll never be loved properly.” This prediction causes grief and fear. Elton does fall into some infatuations which he initially misinterprets as love and which further confuse his ideas about what love is. Unfortunately, this aspect is never explored more fully. However, it’s good there’s acknowledgment that friendship is a kind of love he has been offered all along and which is one of the greatest relationships he ever possesses.

Spiritually, Elton’s story is simply one of a lost boy struggling to know who he is and that he’s loved. Whether or not he finds those treasures, it’s good to know that God is always offering these to each lost little (or big) boy, because—as demonstrated in the story of the Prodigal Son—He can see the real ‘me,’ cope with each of us even in our mess, forgive all offenses and doesn’t stop loving those He created. There’s hope for people like Elton and you and me!

I wonder whether the makers were hinting at something like this in their use of the imagery of an adult Elton in a winged ‘demon’ suit striding into a group therapy session and then gradually removing pieces of the costume as he tells his story, accepts responsibility and reclaims some balance in his life.

Before I finish up, there is one Bible passage in particular that this film reminds me of, and I commend it to you as a warning to Christians and all those who seek to ‘ascend into the heavens,’ to know and glorify God rather than to know and glorify ourselves, and to be people who live by the Holy Spirit rather than by whatever our bodies (‘the flesh’) feel like doing:

You will notice that much of the concerning behavior shown in “Rocketman” falls into the category of ‘the flesh’ and is ultimately self-destructive. This is why it is such a great thing for a man to start coming out of these ways of life and to find that there is a love that is unconditional and deeply healing. This is what many of us have found in the Lord Jesus Christ who introduces us to His (and now our) loving Father, God, then unravels the messes we’ve made and the addictions that so easily entangle us. It is only after this that the ‘fruit’ can fully blossom and grow to maturity.

Finally, I’d just like to comment that this is not a light or pleasant story to watch, and it does not seek to correctly represent or glorify God in any way. Yet it does seem to be an attempt at sincere and caring explanation to help multitudes to understand the man behind the outlandish outfits, and it is this humanity that audiences will appreciate. Despite its strengths, I can only imagine a few Christian adults choosing to attend it if they have strong interest in Elton’s life or music. I reiterate that the alcohol, drugs, smoking and bad language are very pronounced. It is certainly not a screenplay for children or teens, ever, even if they love Elton John’s music or identify with some of his journey, and I cannot recommend it as a better choice for adults either.

“My eyes are ever on the LORD, for only He will release my feet from the snare. Turn to me and be gracious to me, for I am lonely and afflicted. Relieve the troubles of my heart and free me from my anguish. Look on my affliction and my distress and take away all my sins.” —Psalm 25:15-18