for strong brutal bloody violence, language and some nudity. 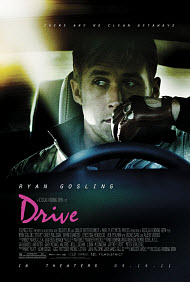 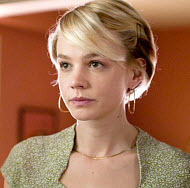 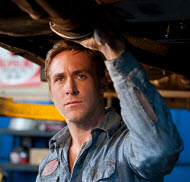 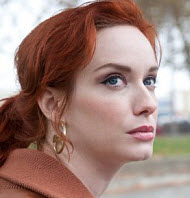 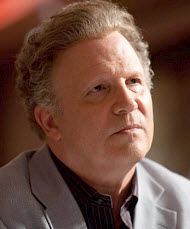 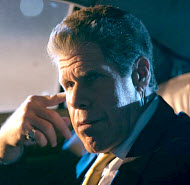 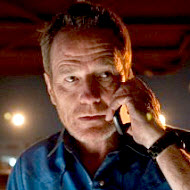 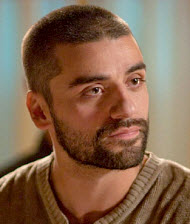 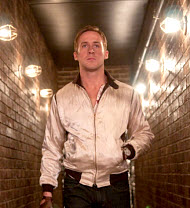 “There are no clean getaways.”

The story of “Drive” is a simple, yet profound and twisted fairytale, so to speak, involving a traumatized damsel in distress, crazed villains, and an unabashed hero. The damsel—and driving force behind the story—is Irene (Carey Mulligan), whose life is overturned by the cruelty of the powerful, ruthless Bernie Rose (Albert Brooks) and his shady partner, the malicious Nino (Ron Perlman). Unexpectedly, Irene’s life is reformed by a knight in shining armor: Driver (Ryan Gosling).

Gosling’s character, known only as “The Driver,” spends his time as a stunt driver and mechanic by day, while moonlighting as a wheelman by night. Smooth, clever, and quick in every way, Driver is known as “the best in the business.” Driver is partially indebted to his friend and mentor, Shannon (Bryan Cranston), for his success, as Shannon always has exactly what Driver needs, whether it be a shady deal or a set of wheels.

When Driver meets Irene, he is involuntarily entangled into her life, which fortunately seems to take his life on a turn for the better. His precarious, adrenaline-laden lifestyle takes a backseat to a relationship that blossoms instantaneously with the intriguing single mother. However, the romance falls apart as quickly as it came together when Irene’s husband, Standard, is released from prison, humbled by his second chance. However, acquaintances from Standard’s past make his shot at a second chance a difficult task. When Standard’s life is threatened, along with the lives of Irene and their son Benecio, Driver takes matters into his own hands. When he does, he is thrown headlong into a predicament that, simply put, is much bigger than he could have ever anticipated. Yet, Driver is willing to go to any means to protect their precious lives.

Driver’s means of protection provide the most jarring moments of the film. His methods of defense are often shocking and cringe-worthy. For those with weak stomachs, the violence—though quick and seldom—is quite graphic. (To avoid spoilers, only general descriptions of the violence will be provided here. Specific descriptions are provided later on.)

The way in which director Nicholas Winding Refn brings this violence to the screen makes it all the more memorable. The movie flows at a smooth, quiet pace, like a conductor and his orchestra before the music crescendos. The tense, slow-moving scenes and minimal dialogue lead up to explosive bursts of violence. The tension is insufferable at times; the extreme silence of the theater throughout the entirety of the film is testament to this. The only movements that came from moviegoers were cringes and nervous laughter. Otherwise, eyes remained glued silently to the screen.

“Drive” definitely earns its R-rating. The film exhibits over 30 f-words, crude references to genitals, some “TV-friendly” swear words, and only one use of God’s name in vain. In my opinion, excessive profanity becomes a distraction to the overall story and detracts from any positive film elements. Watching “Drive,” however, I was so completely absorbed in the characters and the story folding out before me that the profanity took a back seat to events on screen. While this does not excuse the use of excessive profanities, it provides for a more positive experience nonetheless.

Sexual acts are virtually absent from the film, which is a positive. We see one woman in lingerie in the hallway of a club. Only one scene contains any nudity. In this particular scene (also in the club), Driver enters the room to confront a gang member, and multiple topless women sit casually in the room where the confrontation takes place. These shots are not significantly gratuitous or used sexually. Just like the majority of the film, the scene is tense and unhurried (lasting about 2-3 minutes). As previously mentioned regarding the profanity, I once again found myself very focused on Driver and the other man, allowing the women to be only a backdrop to what is taking place. However, an entirely different backdrop, minus the women would have sufficed.

At this point in the review, I will address the specific acts of violence. If you have not seen the movie, be warned of minor spoilers. Along with multiple car chases, some involving wrecks and resulting in significant injuries, characters are shot and killed. Driver harshly smacks a female character. A man’s arm is sliced open. Driver chases a character off of a cliff (both in cars), then drowns him in the ocean (seen from a distance). A man’s hand is crushed with a hammer. The most violent instances are as follows: A female character’s head is blown off with a shotgun (shown in slow motion). Driver thrusts a shower rod through an assailant’s chest, causing a great amount of blood to spray through the air and coat his clothes and face. Driver attacks a would-be assailant in an elevator and viciously kicks and stomps on the man’s head, even long after he is dead. A man is stabbed in the eye with a for, and then stabbed in the neck with a butcher knife.

Despite the incredible depravity and evil illustrated throughout the film, a positive light can still be seen. Though his methods may have been depraved and his intentions ungodly, Driver came through as a true hero nonetheless. In a sacrificial way, he threw himself into numerous dangerous situations to protect those he cared for. Because of his love for them, he cared for their well-being over his own comfort and safety. This can be seen as reflective of how God showed His love for mankind. God gave up His own Son for us (Romans 8:32). Even though we were all wretched sinners, Jesus died for us in a powerful demonstration of love (Romans 5:8). Driver may have conquered men, but Jesus conquered it all; even death could not hold him down.

“Drive” is definitely not for the faint of heart, as it depicts strong acts of violence and language throughout the film. The story is gritty and will stay with you long after viewing. Do not expect to see a high-octane chase film (although there are a couple great chases), but expect a well-executed, taut drama with memorable characters and phenomenal acting that will talked about again come Oscar time.

Positive
Positive—“Drive” is one of those movies that I could not, not go and see. After a summer of pabulum (yes, some is always fun, and maybe too easily ingested) I wanted something perhaps a little different if not, hopefully, a genuine surprise. Talk on the street suggested “Drive”. Like the movie “Crash” it promised to be a bit of a sleeper. Movies that promise outstanding acting, taut yet stylishly done tension, all delivered at the box office in a plain brown wrapping don’t come along too often. “Thor,” “Conan…,” “X-Men,” “Captain America,” “Aliens and Cowboys” and the likes of “Fast Five,” had left a hunger despite the 3-D, Ultra AVX and mega-priced popcorn. Getting right down to it, “Drive” sets a pace that lights up the asphalt with throaty horsepower, savvy stunt driving, an altogether pumping soundtrack with discriminating vivacity that glues you to your seat with each sharp corner the driver takes.

There are moments of quiet equilibrium—pauses where the only noise is that of embarrassed audience members fidgeting for another handful of popcorn. It worked for me. Through it all, the characters retained an implicit humanity, if a morally flawed one (namely Gosling as his ultra-violent side is revealed, and Mulligan with her character’s marital woes), that remained even-keeled, and I assume true to the exposition of the Stallis novel—though I have not read the book.

Who the driver was and where he came from and why he wasn’t able to extract himself from the quagmire with the same precision and savvy shown elsewhere is a mystery. As believers, we have reliable maps to help us navigate away from those things that prevent a clean getaway. Morally, the characters are hopelessly intertwined in an interconnected morass of illegality, organized crime, brutality, protective revenge, infidelity, and a brand of frightening violence where repeated, raging esophageal stomping are reminiscent of Aidan Gillen’s character, Barry Weiss in the violent Jason Statham flick, “Blitz.” Too much for some viewers I suspect. But such are the realities of self-defence for the hero of the story who eschews gun play.

Watch the movie with some caution. You will be pulled over by flashing blue lights so let your yes be yes, if you plan to see it and put your pedal to the metal and let your no be no, if the review gives you reason to pause and you don’t like the ambiguity.

Lastly a good mechanic knows the importance of a tight steering box. It seems the director lets the plot sway a few times, so, from a secular perspective, this kept the movie from being perfect.
My Ratings: Moral rating: Very Offensive / Moviemaking quality: 5

Doug Lloyd, age 53 (Canada)
Negative
Negative—Please do NOT go to see this movie. It will sear your conscience and deaden your sensitivity.

A friend and I went to the theater tonight to catch a film. It was small, so there wasn’t much selection, but the ticket salesman suggested “Drive” to us. I wondered about the 18A rating, and I should have stopped right there, but my friend wanted to see it.

I have never seen such a graphically violent and perverse film in my life, and I’ve seen a lot of nasty things in my time, before getting saved.

The story was interesting, but about ⅓ of the way in, I had to stop watching and stare at the floor for the rest of it, it was awful. And if it weren’t for my friend beside me (non-Christian) who really wanted to see it, I would have walked out. The killings are graphic, the nudity is gratuitous, and the language is unnecessary. Don’t do it. There’s so many other things you can do with your evening.
My Ratings: Moral rating: Extremely Offensive / Moviemaking quality: 4½

Angela, age 27 (Canada)
Negative—I disliked this movie. There is little dialogue. The only basis on which a Christian could in good conscience see it—other than to monitor the decay of the culture—is to scare a son out of fooling around with other men’s wives. I think that the lead character’s behaviour is a poor example, because he never should have dated another man’s wife, whether the husband was in jail or not. The whole film is unChristian, in my view.
My Ratings: Moral rating: Extremely Offensive / Moviemaking quality: 2