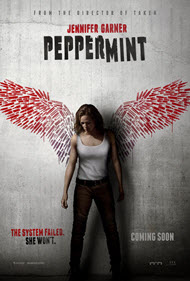 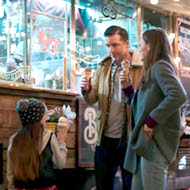 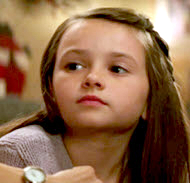 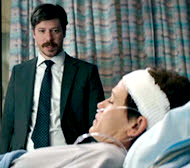 Where does becoming a vigilante lead in our world?

What is The Final Judgment? Answer

“Corrupt Judges, dirty cops. What do I want? I want justice!” That sentence is the theme of Riley North’s (Jennifer Garner) rational for her killing sprees.

In flashbacks, viewers learn of Riley’s former life. Five years prior, she had been a banker trying to make ends meet. She was married to her husband Chris, who owned a failing mechanic shop. She also had an eight-year-old daughter named, Carley.

On the night of December 21, 2012, Chris and Riley take Carley to the fair where she rides every ride and is treated to peppermint ice cream. As Riley returns to the ice cream shop to retrieve napkins, she hears gunshots. With barely enough time to turn around, she witnesses her husband and daughter being gunned down.

When Riley wakes up, her memory is a little hazy, at first. However, she is able to relay to Detective Moises Beltran (John Ortiz), that she can identify the shooters. She is taken to the police station where she positively identifies the three men who murdered her family. Detective Beltran is hesitant to take the gunmen to trial, as they are members of a well known drug cartel run by Diego Garcia (Juan Pablo Raba), whose influence reaches deep into the precinct. Beltran explains to his partner, Detective Carmichael, that the last detective who tried to bring Garcia to justice was found murdered in his locker.

Prior to the preliminary hearing, Riley is visited by the perpetrators’ lawyer, who tries to buy her silence. She refuses the bribe, but the lawyer, seeing her anti-psychotic medication on the kitchen counter, argues that her memory is unreliable. He warns her that her credibility will be questioned due to the medication that she is taking.

At the hearing, the lawyer uses this information against her. Judge Stevens (Jeff Harlan) finds insufficient evidence to allow the perpetrators to stand trial and dismisses the case. Outraged, Riley tries to attack the perpetrators, but is tazered and ordered to submit to a psychiatric evaluation in a mental institution. On her way there, she manages to escape the ambulance and vanishes, only to turn up five years later, determined to bring justice to those who escaped it the first time.

The prominent spiritual issue in this film is vengeance. The word revenge translates into “vengeance,” “revenge,” and “avenge.” The root meaning of the word is punishment. It is crucial to understand that only God can truly avenge, not man. Romans 12:18-19:

“Beloved, never avenge yourselves, but leave it to the wrath of God, for it is written Vengeance is mine, I will repay, says the Lord.”

When we act of the flesh, our instinct is to inflict the same pain on our perpetrator that they inflicted on us. In the movie, Riley’s base of operations is in Skid Row, an impoverished area, and she unleashes a killing spree on her family’s murderers. In one scene, three men are displayed hanging by their feet on a Ferris wheel. In another scene, she enters a shop (a front for a money laundering scheme) and kills everyone inside before detonating a bomb. Deuteronomy 35:34 states:

What is hatred? Answer

“Vengeance is mine, and recompense, for the time when their foot shall slip; for the day of their calamity is at hand, and their doom comes swiftly.”

What is the FURY OF GOD? Answer

What is the JUSTICE OF GOD? Answer

What are the JUDGMENTS OF GOD? Answer

What is The Final Judgment? Answer

What is “THE FEAR OF THE LORD”? and why is it so important? Answer

As Riley continues to exact her revenge, she begins to unravel, and her executions become increasingly violent. ***SPOILER*** This is evident when she uses explosive rope to strap a now retired Judge to a chair in his study, nails his hands to his desk, and berates him before using a cellphone device to detonate the rope. ***END SPOILER***

Riley seems to feel pleasure when she is hailed a hero through social media, by the Skid Row people she protects, and when she seeks help from Peg (Pell James), a snobby, unlikable woman from her past whom she punches in the face when they meet. This is Riley’s “payback” for Peg’s ill-treatment of her five years prior.

Unlike us, God never acts from a place of impure motivation. His vengeance is reserved for punishing those who have sinfully offended and rejected Him. When we are wronged, we can, however, pray for God to avenge those wrongs according to His holiness. Even though one can sympathize with Riley’s pain, her motivation is impure. Her actions are a direct violation of the commandment, “Thou shall not murder.” (Exodus 20:13)

While it is tempting to take matters in our own hands, especially when we are hurting, remember that God possesses infinite power and his punishment is sure. Because of our sinful nature, the boundary between fleshly and righteous motivation can easily be blurred.

“Do not seek revenge or bear a grudge against one of your people but love your neighbor as yourself. I am the LORD.” —Leviticus 19:18

There is a lot of explicit, bloody violence. Viewers should keep in mind that Riley’s obsession with revenge is a manifestation of the emotional trauma she has been carrying for years, so it clearly appears in how she exacts her brand of justice on her aggressors.

Nudity: Surprisingly, this is a female-led action movie where the female lead did not have to use sexual prowess to lure her victims. However, there is one scene where women are seen cutting cocaine wearing only bras and panties, and another with a woman in a very short, tight dress who appears to be offered to a man. In another scene, a woman brings a drink to her boyfriend, the head of the drug cartel, and is dismissed with a slap on the bottom.

Occult: In one scene Diego Garcia, the drug lord, is seen praying to a statue of Santa Muerte, a occult-pagan derived female folk “saint” or deity in Mexican culture who supposedly can provide protection, healing and safe delivery to the afterlife.

Comments below:
Negative
Negative—Skip this movie. More violent than “The Equalizer 2.” I didn’t walk out of The Equalizer. The lead becomes increasing violent. She wants to torture people—unnecessary—and not just drug cartel. Cuss words. Drug use. Woman in bra and panties measuring cocaine. Not for children under 17. Saw movie because I was late for “Unbroken.”

***SPOILER*** She blew up the judge’s house with him tied up, and he is old and recently retired. Graphic, before blowing him up—and they made comments about it. ***END SPOILER***
My Ratings: Moral rating: Extremely Offensive / Moviemaking quality: 1

Secular Movie Critics
…a modest, effective revenge thriller with some disturbing subtext… Jennifer Garner delivers a standout performance that demands recognition, and will hopefully lead to better action movie roles for the actor in the future. …
William Bibbiani, IGN
…“Death Wish” on steroids… “Peppermint” lacks subtlety and anything even remotely resembling credibility, but like its heroine, it certainly gets the job done. It's the sort of picture that would have been boffo on a grindhouse double bill in the '70s. …
Frank Scheck, The Hollywood Reporter
…it’s just violent escapism that happens to have a woman in the lead role. And, frankly, as long as this genre continues to entertain audiences, Garner is a compelling a lead as any, and more so than quite a few of the men who get so many parts like this. …
Lindsey Bahr, The Associated Press
…stylish action, nasty revenge cliches… gratuitously nasty… Director Pierre Morel knows how to stage the kind of cringe-inducing, pander-to-the-audience kill moments where a really, really bad guy meets a really, really excruciating death. …[2]
Richard Roeper, Chicago Sun-Times
…While it's fun to watch Garner return to her action roots, the brute force haymaker that is “Peppermint” is a far cry from the sophisticated thrills of “Alias.” …
Katie Walsh, Tribune News Service
…it's utterly inept… The only thing “Peppermint” does accomplish, after “Proud Mary,” “Traffik” and “Breaking In,” is to cement 2018 as the year Hollywood proved itself incapable of turning out a decent female-led action film. …[1/5]
Michael Gingold, Time Out
…Garner gives everything that is asked of her, from brute physicality to dewy-eyed tenderness, but this half-witted calamity botches just about everything else. …
Andrew Barker, Variety
…A laughably bad melange of blood, guts and racial stereotypes. …
Barry Hertz, The Globe and Mail (Toronto)
Comments from non-viewers
—This sounds like the garbage that we are trying to AVOID! Just reading some of the reviews is enough… Gasp! Today, in my life of reality, they were reporting ONE remembrance of a mass shooting yesterday, and in the same “News” Today! a new Madman shooting in the same broadcast!! This is all on Canadian News called CBC Canadian News Broadcasting.

Why do the Media give any coverage of such HORROR and then the Copy Cats are growing in relative size to what they see on screen?!

I’m 77yrs old and I’ve been around ! I’m a fortunate man who lost the first wife to Cancer however; God found me a new wife who is a great match, thank you Jesus. I’m a guy that produces VIDEO CONTENT. I still make video clips for my family, and they get the benefit. I must say most of today’s movies will be Lost in a garbage can!

Now it’s hard to find good content in movies that we can watch so we move away from the graphic junk and swearing to and go over to TV series that are entertaining.

I feel sorry for the younger generation that is offered all this gratuitous violence almost most of the time. That is what the reviewers are telling me about this TERRIBLE FILM CALLED “Peppermint” Movie going in my day this would have been Banned this bloody violence on big screen.

I have 6 grand kids who are not yet exposed to this kind of junk and I’m praying to God that the Tide will change for them and the fun of a good old James bone movie could return… hope onward?

The blood and gore including foul blasphemy of today’s movies is pretty sick, Except for the odd Exception! OOOH Lucifer how you stink.
My Ratings: Moral rating: Extremely Offensive / Moviemaking quality: 3