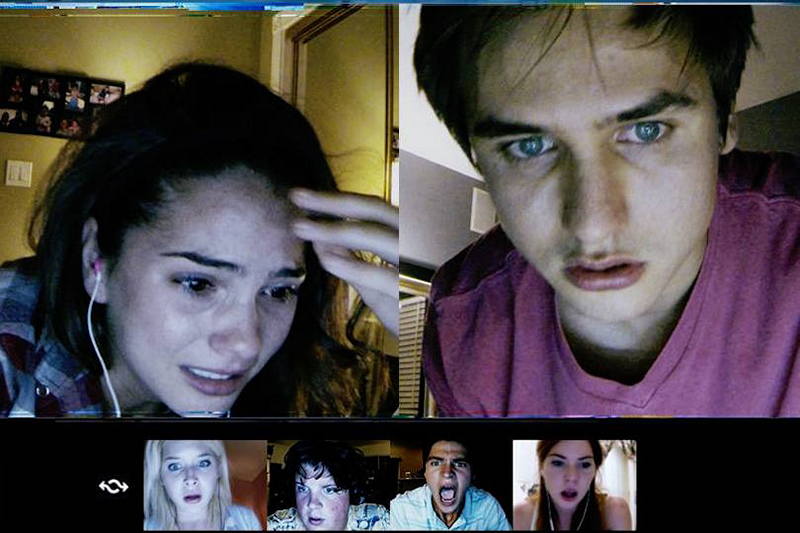 for some disturbing violence, language and sexual references. 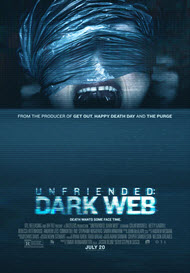 About the fall of mankind to depravity 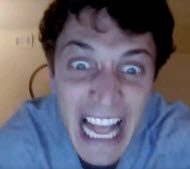 What is ETERNAL SPIRITUAL DEATH? Answer 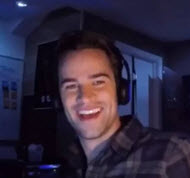 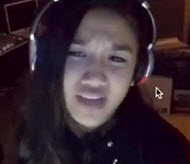 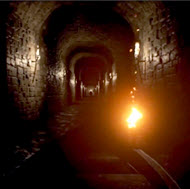 It’s game night for Matias and his pals! They’re playing the ever popular, adults only, card game, Cards Against Humanity. How are they playing though? They’re playing through Skype video chatting. I mean come on, who meets and interacts face to face anymore? Matias, himself, got his new laptop through someone on Craigslist and didn’t even meet the person, I guess.

If he had met the person he bought his laptop from, perhaps he would have realized how sensitive and, the uh, nature of the content on the laptop from the previous owner. What starts off as simply a untitled folder showing up on Matias’ screen ends up bringing him a list of videos. Some of these videos, he realizes, are of women being surveilled, chained, and kidnapped—by one individual. Matias and his friends realize he has found material from the Dark Web, the place where most elicit, illegal, and ill-monitored activities occur on the Internet.

I remember the first “Unfriended” film. What made that movie memorable wasn’t so much the excessive jump scares or gore (though those definitely made their way into the first film, and there IS some of that in “Dark Web”), but rather that the film built on the audience’s understanding of the uncertainty of social media and in caution of those we interact with on sites such as Facebook, Twitter, etc. The actions we take on social media may have lasting consequences (the first film dealt with cyberbullying and its devastating and lasting effects—the suicide of a bullied victim).

Whereas the first film left me pondering who the mysterious user was—was it the ghost of the bullied victim or just a hacker pretending to be that person?—this film does not leave this question unanswered for very long. I didn’t see that as a detraction from the overall quality of the film. For the first half, the focus is on determining whose laptop Matias has and who is threatening everyone. The second half focuses on the characters that are affected by Matias’ poor decision, and it is for that reason the film has a better balance than the first film did. Additionally, the performances in the second film are much stronger and more realistic, and the plot is more believable… the circumstances in the film COULD happen and therein lies the real terror (more on this later).

Violence: Very Heavy. The audience witnesses various videos in which women are being watched without their knowledge and some of these are downright disturbing. In one, we witness a woman chained up against a wall in a warehouse, trying to reach out to grab something and then being yanked back hard. In another, a girl is seen trapped inside a barrel. In another, we witness a man about to pour a flammable liquid all over a woman in a hole (we don’t witness anything after). In another scene, a friend is strangled from behind. A character is seen being shot down by police. In a hospital, we witness the mysterious user pulling the plug on an elderly person’s life support, which leads to her death. A character is pushed in front of an oncoming subway train. We also hear, off screen, a character being beaten to death. Another character is hung from a doorway. Another is pushed off the roof of a tall building, and we witness her fall and see her corpse on the ground. Characters’ lives are threatened at various points throughout the film.

Nudity/Sexual Content: There is a lesbian couple that is promoted in the film (they even announce they’re engaged—to everyone’s approval). The audience watches a video in which two people are having sex. A male is also seen shirtless.

Other: There are some discussions regarding marijuana and illegal drug use. There are Facebook messages in which the previous laptop owner promises girls he would pay for their plane tickets to meet up with them. Some of the characters talk about topics that are found in the Dark Web (child pornography, etc.). In a video, a burglar kisses a girl on the forehead as she is sleeping.

One theme I noticed is temptation. As I mentioned, Matias receives this laptop from a stranger on Craigslist, no questions asked. Then, when Matias finds a mysterious folder with all these videos on them, after carefully pondering it over, he decides to look at these videos he knows absolutely nothing about, instead of simply deleting them or turning them over to the police.

I can’t help but be reminded how the Lord’s prayer asks the Father to “lead us not into temptation, but deliver us from evil.” Becoming a Christian does not mean we become impervious to sin and temptation. If anything, our adversary the devil works twice as hard to turn us away from God. He often does so by twisting God’s Word, through means of doubt, and attempting to draw our attention toward the world and its idols.

We know that we are from God, and the whole world lies in the power of the evil one. —1 John 5:19

You are of your father the devil, and your will is to do your father’s desires. He was a murderer from the beginning, and has nothing to do with the truth, because there is no truth in him. When he lies, he speaks out of his own character, for he is a liar and the father of lies. —John 8:44

Scripture is clear on how we are to deal with temptation, especially from the Evil One.

No temptation has overtaken you except what is common to mankind. And God is faithful; he will not let you be tempted beyond what you can bear. But when you are tempted, he will also provide a way out so that you can endure it. 1 Corinthians 10:13

Watch and pray so that you will not fall into temptation. The spirit is willing, but the flesh is weak. –Matthew 26:41

Blessed is the one who perseveres under trial because, having stood the test, that person will receive the crown of life that the Lord has promised to those who love him. —James 1:12

Earlier this afternoon, I was reading an article on-line about how much of “Unfriended: Dark Web” was based on actual events. In the article, the director states that most of the situations are based on real events. Unfortunately, I wouldn’t be surprised if this is true. Yet, do such circumstances need to find their way into film? No. Even though, somewhere, I believe “Unfriended: Dark Web” IS trying to teach us something (i.e., the dangers of the Internet), and the moviemaking quality has improved since the first film, this movie does NOT warrant a recommendation for Christian viewing. Don’t be tempted by the previews. Stay away!

Secular Movie Critics
…Truly, it’s surprising just how soul-crushing Dark Web becomes after luring us in with so many intriguing mysteries…
Randall Colburn, Consequence of Sound
…It’s even better than the first.…
Matthew Monagle, Austin Chronicle
…“Dark Web” skates by on saturated nastiness, one terrific kill, and the audience’s engagement in seeing if the filmmakers can pull off the stunt. Barely, but it’s fun to watch them try. …
Amy Nicholson, Variety
…It is scary, but it isn’t much fun.…
Emily Yoshida, Vulture, New York Magazine
…The biggest difference between the two films is that “Unfriended” is dynamic and cruel while “Unfriended: Dark Web” is unbelievably stupid and sadistic. …
Simon Abrams, RogerEbert.com
…The protagonists here aren't as insufferable as those in the first “Unfriended,” but Susco's plot gets harder to buy by the minute; as a first-time director, he doesn't get much out of his cast; and boy, does this Screenlife gimmick grow thin quickly. …
John DeFore, The Hollywood Reporter
…A movie with nothing on its mind… cheap cruelty for its own sake… You’re just watching people get offed for 88 minutes, and not particularly engaging people, besides. …
Rebecca Pahle, Film Journal International
…winds up feeling like the wrong kind of hackwork…
Justin Chang, Los Angeles Times