for action/violence, language and some suggestive material. 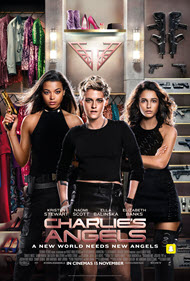 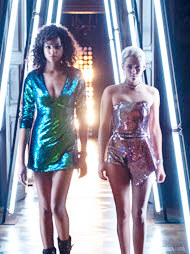 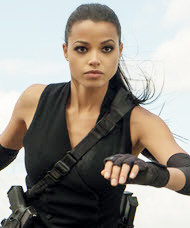 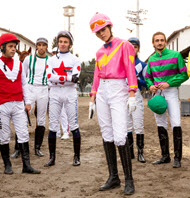 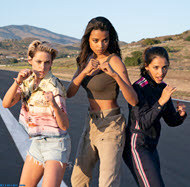 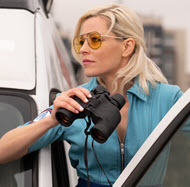 Director Elizabeth Banks says this film’s message is “Believe women.” She added, “I honestly feel that the property has all of the bona fides of feminism already built in… I wanted a diverse cast. It’s important that women, the audience for this movie, sees themself in some part of this movie. I think that’s really important. I want the audience to feel a sense of ownership over the film, that they could be in this movie, that they could live in this world, it’s a real message. It’s a movie that I want to entertain all audiences but I did want to make something that felt important to women and especially young girls.”

Star Kristin Stewart has called this film a “woke” version of “Charlie’s Angels.”

Is the Feminist Movement the right answer to the mistreatment that some women endure in this sinful world? Answer

Actress Kristin Stewart is well known for her outspoken lesbianism and bisexuality, and publicly flaunts it. She will soon be featured in a LGQT romance movie. What affect may her celebrity influence have on girls and young women? 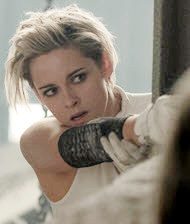 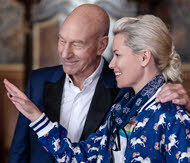 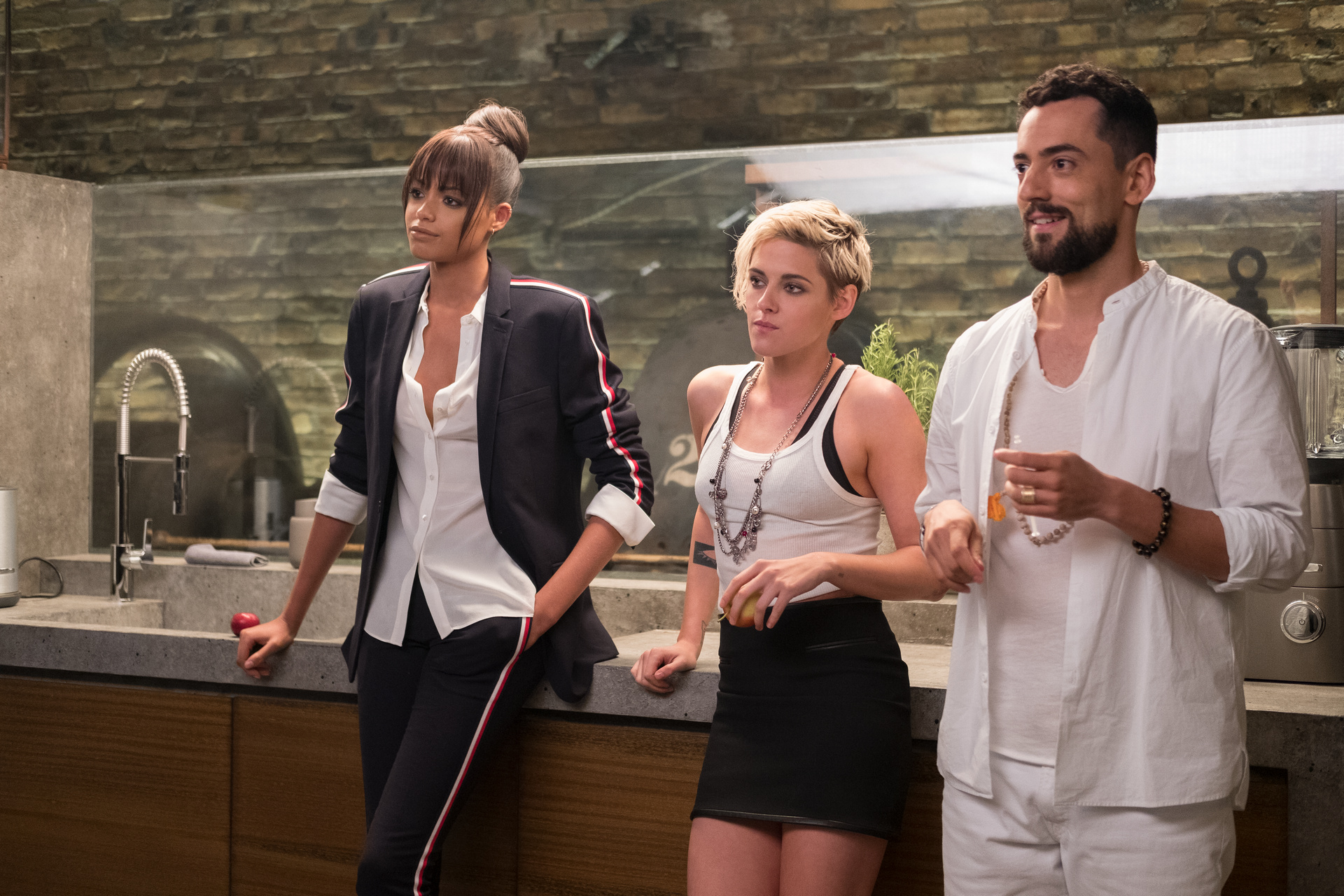 Though touted by the filmmakers as a “woke feminist” version of the franchise, this popcorn flick is a fun, sassy, and ultimately forgettable way to spend two hours.

After forty years in the business, John Bosley (Patrick Stewart) has closed his last case. The agency pats him on the back, gives him a nice watch, and sends him into retirement. This leaves his two favorite agents, the tomboy Sabina (Kristen Stewart) and sharp-shooting Jane (Ella Balinska), seeking a new handler. The agency entrusts them to a new Bosley (Elizabeth Banks).

Before long, a case drops into their laps. The brilliant Elena (Naomi Scott) has developed a new source of energy, but it’s not ready to promote on the public market. It has a fatal and lethal flaw—any hacker can get into it, and direct the energy stream outward, turning it into a weapon. Her boss doesn’t care. He tells her to shut up and just do her job, with no delays to fix the problem. Troubled by this, Elena turns over the information to the agency—but midway through the conversation, a foreign agent (Jonathan Tucker) tries to kill her.

This puts the “angels” on the run, desperate to find out who wants her dead and why. Caught up in the middle of everything, Elena goes along for the ride—and maybe, just maybe, it’ll spark an interest in her, towards being an “angel” herself…

This film has lukewarm trailers and lackluster reviews. It’s not as awful as some reviewers make it out to be, it’s just not that memorable. The three leading ladies have talent and chemistry together, but Sabina in particular, as the most likable and fun-loving of the girls, needed more humor in of the script. It’s one thing to tell us she’s “annoying sometimes,” and another to show us.

The story is straightforward, with lots of room for action sequences, which means it’s easy to follow. And I liked the girls as characters. They all had something to learn or overcome, even if it was to find faith in their own abilities or admit to their emotional vulnerabilities. There are a few humorous throwbacks to earlier adaptations of the franchise. But the plot twist isn’t that surprising, and there’s nothing thought-provoking to chew on, walking out of the theater.

The angels display typical lackadaisical morals—stealing cars and racking up a high body count, although they use knock-out patches where applicable. There’s a lot of violence, conducted by and against them. It’s realistic that much of the time, bigger, stronger men overpower them. They show good teamwork in fighting together, protecting each other, and looking out for each other, even if it means losing their mark. People get pummeled, kicked down stairs, knocked out, choked, fall from great heights, get elbowed in the face, shot at (and occasionally hit by bullets), and flipped over in cars. A girl skids off her bike, crashing it into someone and knocking him off his feet. A car rams another, sending it tumbling end over end down some steps and into the river where it sinks. A man is shot in the head and dies (we see nothing too graphic). The angels hit men in the crotch several times. A man is crushed to death in a rock quarry. A man puts a dog collar around a woman’s neck and tries to strangle her. Electrical explosions kill several people.

As usual, the camera ogles angels dressed in skimpy clothing, but the only sexually suggestive material comes during the opening scene, when a provocatively dressed Sabina (Kristen Stewart) flirts with a man, including licking food off his finger, touching his crotch with her foot under the table, wrapping something around his neck, and gyrating around in a skimpy dress. She wears other short, revealing clothes. Her shorts show off part of her backside. She flirts with and leers at a few women. We see women in sports bras several times and see a transgender woman during the end credits. There are two sexual references.

There’s about a dozen uses of the s-word. God’s name is taken in vain as many times, and “Jesus” is abused twice. Other problems include sexual slang, references to backsides, “hell,” and one “bloody.” There are alternate versions of the f-word (“mofo”). A woman flips someone off. There’s some drinking, both in party and private settings.

I liked the theme of sisterhood and friendship. The “angels” are strongest when they work together and they never show any petty rivalries or attempt to one-up each other. Each brings a unique skill set to their job, and they create a lot of fun as a madcap trio. But, the magic just wasn’t in it.

Positive
Positive—Development of the film began in September 2015 when Sony Pictures opted to reboot the series following the cancellation of the 2011 television reboot. Months later, Elizabeth Banks joined the project as director, producer, and writer. Casting announcements were made throughout 2018, with Banks herself also confirmed to star. Principal photography commenced in September 2018, and took place in Germany and Turkey. Lupita Nyong'o, Emma Stone, Margot Robbie, and Jennifer Lawrence turned down roles. Elizabeth Banks had the three leads watch selected excerpts of the original show, as opposed to the later films, in preparation for their roles in this adaptation. All of the primary cars seen were manufactured by Audi or a marque it owns, the result of a product-placement deal.

Critics
…Left politics sink takeoff for “Charlie’s Angels” film… the current iteration…makes it clear that the filmmaker had a different goal than that of making an entertaining action movie. A montage of global images, featuring young women of supposed power, is meant to convey to moviegoers that they are in for something other than your average everyday cinematic diversion. …“Wokeness” in today’s left-tilted culture is the overarching theme mandating current politically correct standards. Hyper-liberal ideology is so accepted by Hollywood’s mainstream community it makes even the savviest power players repeatedly muck things up, financially—and otherwise. Shoehorning far-left politics into what are supposed to be entertainment projects, Hollywood studios are continuing the pattern of releasing loser reboots, prequels, sequels, and the like, including “Ghostbusters” (2016), “Men in Black: International,” “The Last Jedi,” and “Terminator: Dark Fate.”…
James Hirsen, NewsMax
…unapologetically raising a feminist flag, championing female friendships and subtly making a point about the urgency of the ongoing climate crisis. …a wildly entertaining action flick that also happens to expose the systemic ways that men are overvalued and women are undervalued in society, and daringly connects this pattern to nothing short of planetary annihilation.
Beandrea July, The Hollywood Reporter
…For all of its #MeToo heavy lifting…the film still doesn’t work, mainly for the same reasons as before: Constructed as symbols (not human beings), these characters have too much spy stuff to do and yet, not quite enough. … [2/5]
Joshua Rothkopf, Time Out Chicago
…This heavenly action-comedy takes on familiar elements of John Wick and James Bond but is sufficiently empowering—“Women can do anything” is literally the first line in the movie. …
Brian Truitt, USA Today
…Elizabeth Banks…is selling stale goods in which adult women spout girl-power clichés and conform to norms that make it very clear what kind of heroines still get to fly high: young, thin, beautiful, perfectly coifed, impeccably manicured and profoundly unthreatening. …
Manohla Dargis, The New York Times
…when it comes to the twists, just assume any man is bad… isn’t fun enough… [2½/4]
Johnny Oleksinski, New York Post
…this thing is pretty much joyless — no fun at all. Reports of Stewart’s gifts as a budding comedienne have been wildly-exaggerated, the one-liners don’t land and the story’s a non-starter and a bit of a downer, to boot. …
Roger Moore, Movie Nation
…Pointless “Charlie’s Angels”’ doesn’t work for me… You can see the big twist coming an hour in advance. And the big epic showdown is resolved in a manner that defies even the most cursory of examinations. There’s something almost depressing about how often this movie takes the easy, lazy way out. … [2/4]
Richard Roeper, Chicago Sun-Times
…There are momentary flashes of energy, of wit, of something sorta-kinda-maybe resembling entertainment. But every time writer-director Elizabeth Banks’s reboot threatens to come alive, it immediately falls to the floor, leaden and lifeless. …
Barry Hertz, The Globe and Mail (Toronto)
…Instead of engaging what we get is a plodding, unfocused effort with few genuine thrills to speak of, the kind of movie that would play best on an airplane when you are eager to kill time. …
Kenneth Turan, Los Angeles Times
…this fizzy entertainment is yoked to a dull spy story which recycles genre tropes without adding much that is new to the mix. …
Tim Grierson, Screen daily