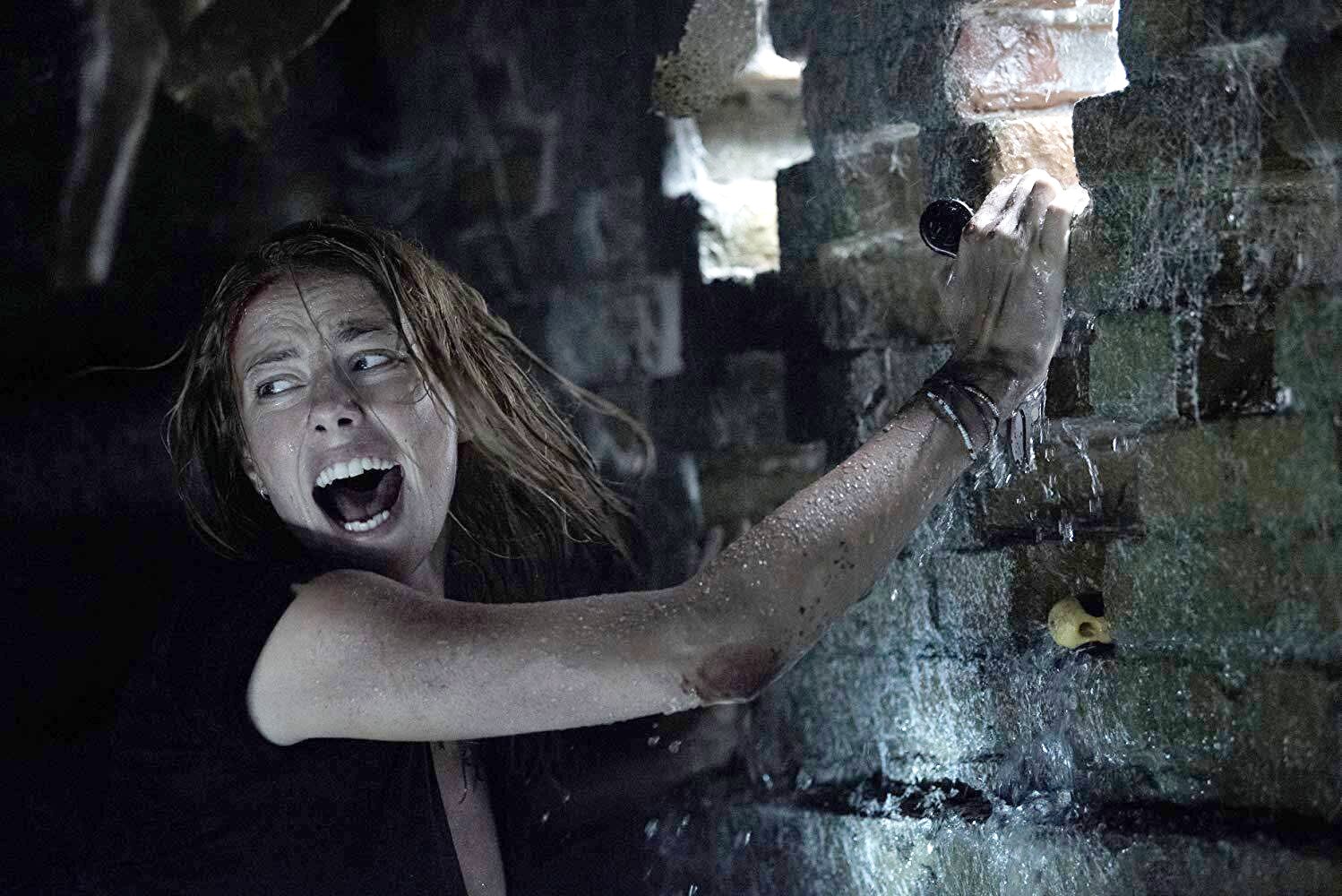 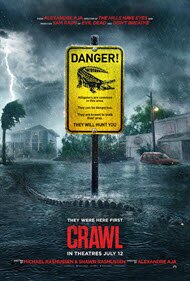 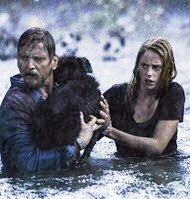 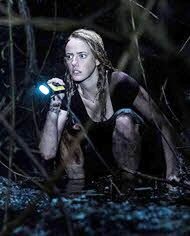 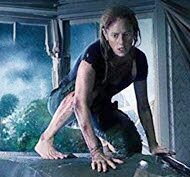 Severe natural disasters in our world

What is it like to experience a Category 5 hurricane?

What are JUDGMENTS OF GOD in the Bible? Answer

ORIGIN OF BAD THINGS—Why are they in our world? Answer

What about the issue of pain and suffering? Doesn’t this prove that there is no God and that we are on our own? Answer

How to deal effectively with threats 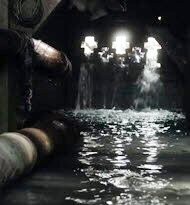 Floods and their affects

About The Great Flood recorded in the Bible 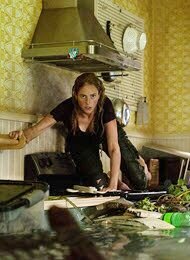 About DIVORCE and God’s Word

“If the storm doesn’t get you… they will”

Fact: Basements are very rare in Florida since most of the state is at or below sea level.

But why should facts ruin all the fun that can be had when alligators hunt people in the basement of their Florida home during a hurricane? Even though that scenario sounds completely outlandish, the new creature feature/disaster movie mash-up “Crawl” was inspired by similar events that occurred during Hurricane Florence in 2018.

The movie opens with Haley Keller (Kaya Scodelario) competing in a swim meet as storm clouds are brewing in the distance (in a prescient gag, her team’s mascot is the Gators). Haley becomes concerned when the storm gets upgraded to a hurricane and her father, Dave Keller (Barry Pepper), isn’t answering his phone.

Driving into the storm, Haley defies an evacuation order and pushes through the flood waters to her childhood home. Entering the house, Haley calls out for her dad, but all she hears is pounding rain and wind-blown debris crashing into the house. The search for her father eventually leads Haley to the basement, and anyone who’s seen this movie’s trailer, or any other creature thriller, can pretty much guess what happens from here.

“Crawl” is one of those movies that only works after you’ve suspended your disbelief. Failing to do so will leave you out in the rain (sorry, #HurricaneHumor).

The story by Michael and Shawn Rasmussen starts off on solid ground, but, like the costal Florida location featured in the movie (which was actually filmed in Belgrade, Serbia), quickly bogs down when the rain starts falling and the flood waters start rising. Whether due to the unreality of the situation or the shoddy CGI, the movie loses much of its credibility when the first gator appears. From that point on, the story gets more and more ridiculous—the Rasmussen’s stretch the thin premise for all it’s worth.

Embracing the tropes of scads of horror movies, “Crawl” is brimming with inadvisable decisions that place characters in perilous situations… just to create a scare. The movie employs a series of contrivances to move the story along, like: well-placed pipes that protect characters from the gaping jaws of ferocious gators or a gator stepping on and breaking a cell phone before a 9-1-1 call can be placed.

Nitpicks abound in the film, as well, like how can someone fire a gun when their arm is being chewed off by an alligator? In fact, how many times can people be bitten by a gator before they pass out from blood loss and shock (Dave is bitten twice, Haley is bitten three times, yet somehow both are able to keep going)?

Alaxandre Aja, who’s no stranger to creature flicks, “Piranha 3D” (2010), establishes a strong sense of place and creates a foreboding atmosphere throughout the film. There are some great shots in the movie, like the skin-crawling scene where alligators swim right past our heroes in the muddy water.

Aja’s character scenes are taut and his action sequences are frenetic without being jarring. And, to his credit, Aja only employs a few jump scares, which have become a staple of horror movies. Though most of Aja’s directorial choices are appropriate, the scene where he shows a close-up of an alligator’s eye is needlessly gimmicky.

Due to the movie’s R rating, there are a number of graphic elements to consider, so let’s dive right in…

“Crawl” has an excessive amount of swearing, violence and disturbing images.

The film features several fierce alligator attacks, many of which result in bloody tableaus. Several minutes of the film are dedicated to characters binding up their wounds; these visuals are exceedingly stomach-turning. One such scene shows Dave using a wrench and his tool belt as a makeshift splint for his fractured leg. In another scene, Haley tends to Dave’s shredded shoulder—the result of a gator bite.

After being bitten in the leg, a character repeatedly stabs it in the head with a screwdriver, creating spurts of blood. Another character kills a gator with a shovel, and Haley massacres another by emptying a gun into its innards.

In the background of one shot, a woman in a boat is ferociously mauled by a gator. A young man, clamped in the jaws of a gator, is bashed up against the window of a store several times; each hit reveals blood and gore. Another person is attacked in a convenience store, but, mercifully, all we see is blood in the water.

Two rescue workers are brutally attacked by gators. Later, in a macabre display, the corpse of one of the men is found in the basement near the storm drain. One of the most grisly scenes is when a gator bites Dave’s forearm and snaps it off, exposing bone and gushing blood.

There are no sex scenes in the film, but many skimpy swimsuits can be glimpsed at Haley’s swim meet. There’s a vague reference to “the time dad caught you guys,” which could refer to making out or escalated physical activity.

Expletives are as plentiful as gators in the movie. There are 4 f-words and 16 utterances of s**t. There are a couple instances of characters taking God’s name in vain. The following curse words are heard a few times each: h**l, d**n, and b**ch.

The only instance of alcohol in the film is when Haley enters Dave’s kitchen and sees a bottle of liquor on the counter.

A movie where the dialog largely consists of yelling, screaming and four-letter words offers very little in the way of divine insights. However, a few spiritual principles can be discovered while sifting through the narrative flotsam.

Near the beginning of the movie, Haley is confronted with a moral dilemma: should she leave the area, as ordered by the authorities, or rebel against the evacuation order and attempt to rescue her father? From a Biblical perspective, disobeying authorities is wrong (1 Peter 2:13-15). And yet, without Haley’s help, Dave probably would’ve died.

So how can we rectify this ethical quandary? Are there special situations where disobeying an order is permitted, or is that simply “the end justifies the means” mentality? It’s a compelling question that isn’t sufficiently answered by a movie preoccupied with less weighty, more pressing concerns… like survival.

There’s a random sequence near the middle of the movie that shifts the focus from Haley and Dave to three foul-mouthed looters, who hoist a convenience store ATM machine into their boat. Though mildly reminiscent of the extreme weather pilfering in “The Hurricane Heist” (2018), this scene is really just filler since it doesn’t advance the plot in any significant way. These violators of the Eighth Commandment (Exodus 20:15) each meet a gruesome demise, reinforcing the old adage that “crime doesn’t pay.”

Long before the hurricane arrived, the Keller home was devastated by a different kind of tragedy… divorce. Haley was never close to her dad, and the divorce exacerbated the rift in their relationship. Being trapped in the dank crawlspace forces Haley and Dave to confront their issues and reconcile their differences.

In addition to their physical wounds, the Keller’s are both nursing emotional wounds. In a “memory lane” scene, Dave blames himself for the divorce and says he doesn’t deserve a second chance. From that comment, it’s clear that Dave needs an encounter with the God of second chances (1 John 1:9).

Haley has inner conflicts of her own. She’s trying to outrun (or outswim) the expectations her dad has placed on her, as well as those she’s placed on herself.

Though not overt, these scenes prove that the movie has more nuance than what’s visible on the surface. You might say its meaning creeps up on you.

Though “Crawl” aspires to be a top-tier thrill ride, it ends up succumbing to the abject silliness typically found in B-movies. Despite its unsavory language and grisly story elements, the film delivers exactly what it promises: a suspenseful action yarn with a few good scares. Also, in its favor is that, at an hour and twenty-seven minutes, it doesn’t overstay its welcome.

Ironically, the film has stumbled into some real-world relevance. At the time of its release, Tropical Storm Barry (which threatened to become a hurricane) was bearing down on Louisiana. Since there’s no way anyone at Paramount could’ve known about Barry when the movie started production, consider its timing an unhappy coincidence.