Does God control the weather? Does He send deadly storms? 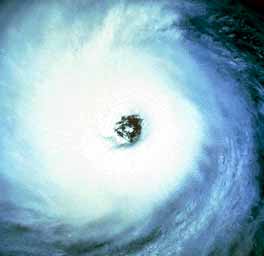 Storms, floods, and earthquakes are indeed a part of the present world. We sometimes call them “natural disasters,” but they are not a surprise to God. Yes, God certainly can control the weather and send deadly storms.

Some have concluded that suffering occurs because it is beyond God’s control. This is incorrect. God has indeed established certain laws and principles that govern nature, but he remains sovereign over these laws. Psalm 148:8 declares that storms “do his bidding.” Concerning Jonah, it was the Lord who “sent out a great wind into the sea, and there was a mighty tempest in the sea” (Jonah 1:4 KJV).

Old Testament writers did not hesitate to attribute the forces of nature to God: “thy waterspouts … thy waves … thy billows” (Psalm 42:7 KJV). Today, God’s creation is too often depersonalized. He is in control, and has His reasons for all kinds of weather, both fair and stormy.

One biblical example is the story of Job. Severe weather had killed Job’s sheep, his servants, and all 10 of his children.

As Job suffered further physical affliction, he asked, “Why is there evil in the world?” His friends were not of great help in answering the question.

Finally, after much dialog, God spoke directly to Job out of a whirlwind (Job 38-41). The Lord made clear that His control over nature and His ultimate purposes are to be trusted. We simply cannot understand all the details of the Divine plan.

Job’s testimony demonstrates how trials should bring us closer to God, instead of driving us away.

“The Lord gave and the Lord has taken away; blessed be the name of the Lord…” —Job 1:21 KJV

Job 37:13 declares that God sometimes brings storms to punish people. This brings to mind the experiences of both Noah and Jonah; storms played a major part in their lives.

In more recent centuries, there are various examples that seem to show the providence of God in history using weather…

A serious flaw in secular environmentalism is that it sees nature as inherently good and normal. The biblical record says that creation and the weather were originally “very good,” from the time when God created the world until the first man sinned.

“And God saw everything that He had made, and, behold, it was very good…” —Genesis 1:31 KJV

Due to man’s sinfulness, the world did not stay “very good.” Not long after Creation, all of nature was affected by man’s fall to sin and God’s curse. The pain and sorrow of this present world, along with severe weather, demonstrate an imperfect world.

Furthermore, the worldwide flood of Noah’s time would clearly have caused radical changes in our environment. Before the Flood, the weather was evidently very mild and different from today; it did not even rain (Genesis 2:5-6, 7:11-12).

Thankfully, a new world is coming, when God will burn up this universe and create a new heavens and new Earth (II Peter 3:10-13, Isaiah 65:17; Revelation 21). Paradise will be restored. Once again, deadly storms will not be a part of our world.

Is everything right between Man and God?

Copyright © 1998, 2017, Films for Christ. See “Usage and Copyright” page that grants ChristianAnswers.Net users generous rights for putting this page to work in their homes, personal witnessing, churches and schools.