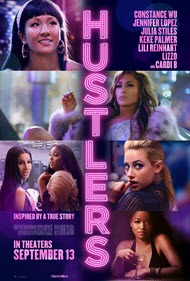 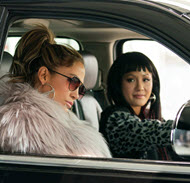 The exploitive nature—in both directions—of the sex industry

Using others for selfish personal gain

What does it mean to be LASCIVIOUS?

Is the Feminist movement the right answer to the mistreatment and problems that some women endure in this sinful world? Answer

In reality, being a stripper is anything but empowering.

In reality, living a life of unrepentant SIN inevitably leads to even more sin, pain and suffering. Turn toward the Light, not toward utter Darkness.

The love of MONEY

Movies and businesses that degrade women and sexuality with worldly perversion, vulgarity and sin for money or power

A very vulgar, immoral and worldly movie with an awful Feminist empowerment message

“Hustlers” follows former strip club employees who band together to steal from their Wall Street clients. It is a slick package filled with gross immorality that attempts to justify sinful actions.

Positive
Positive— Since around 1997 and the Movie “Selena” I have always been a huge Jennifer Lopez fan, I watched “Hustlers” on its opening night, and must say Jennifer Lopez was stunningly beautiful at age 50, her and Constance Wu gave the best performances, they were both incredible, and are Oscar® worthy in my opinion, you can see how they put their heart, soul and passion into their roles, while this movie is definitely not for children, It shows that actions have consequences, and that stealing is wrong, the strippers were eventually caught, arrested, and charged with crimes, a true New York story, myself and other people loved the chihuahua dog Mr. Bruce who was an unexpected star of this film. Overall, this is the best Jennifer Lopez film I’ve seen in a long time.
My Ratings: Moral rating: Average / Moviemaking quality: 4

Secular Movie Critics
…trashy and forgettable… J-Lo is the only reason to see it. As a pop flick of no consequence, it’s inviting but forgettable an hour later… [2/4]
Rex Reed, The New York Observer
…Sexuality is a weapon in “Hustlers,” empowering the women who wield it… If you’ve got it, flaunt it, the movie seems to say… full of “look at me” camera moves and gratuitously long montages… liberated ladies take full advantage of the power they hold over men—who, in this equation, are by far the weaker sex, slaves to a libido satisfied only by spending. …
Peter Debruge, Variety
…this slyly feminist movie pushes empowerment… it’s a film about being in control, not losing it. …
Stephen Whitty, Screen Daily
…It’s a raucous, glitter-coated treatise on the pulverizing nature of Capitalism… [Jennifer Lopez] doing the best work of her career, weaponizing an undeniable charisma and turning it into something hard, pointed, righteous, even angry. …
Angelica Jade Bastién, The Vulture
…excels at immersing the audience in the world of sex-work in clubs, quietly disabusing us scene by scene of any stereotypes about who these women are… an incisive commentary on women in the workplace, including breadwinning mothers, navigating an economy that disadvantages them…
Beandrea July, The Hollywood Reporter
…it hits the “I don’t want to depend on anybody” empowerment message awfully hard. …
Roger Moore, Movie Nation
…promising to be an East Coast “Showgirls,” only to wind up a girls-rule “Goodfellas,” leading viewers into a vicariously thrilling underworld ruled by money, drugs, seduction and a sliding moral scale dictated by ruthless realpolitik. …
Ann Hornaday, The Washington Post
…“hurt people hurt people”… It all culminates in two hours that invite you to consider greed as a fire that spreads across class boundaries, the moral rot that so easily accompanies wealth, and the ethics of a polarizing industry. …
Emily Jashinsky, The Federalist