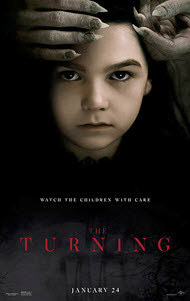 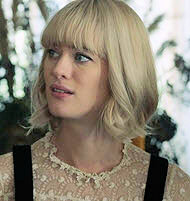 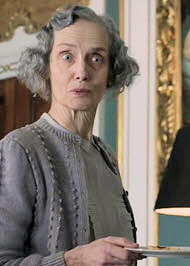 What are Malevolent spirits?

Spiders in the Bible 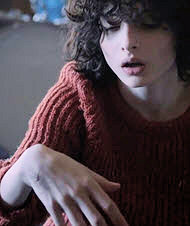 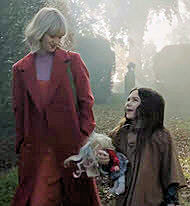 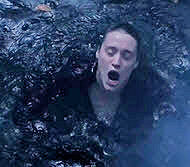 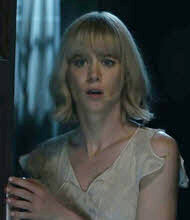 “Watch the children with care” 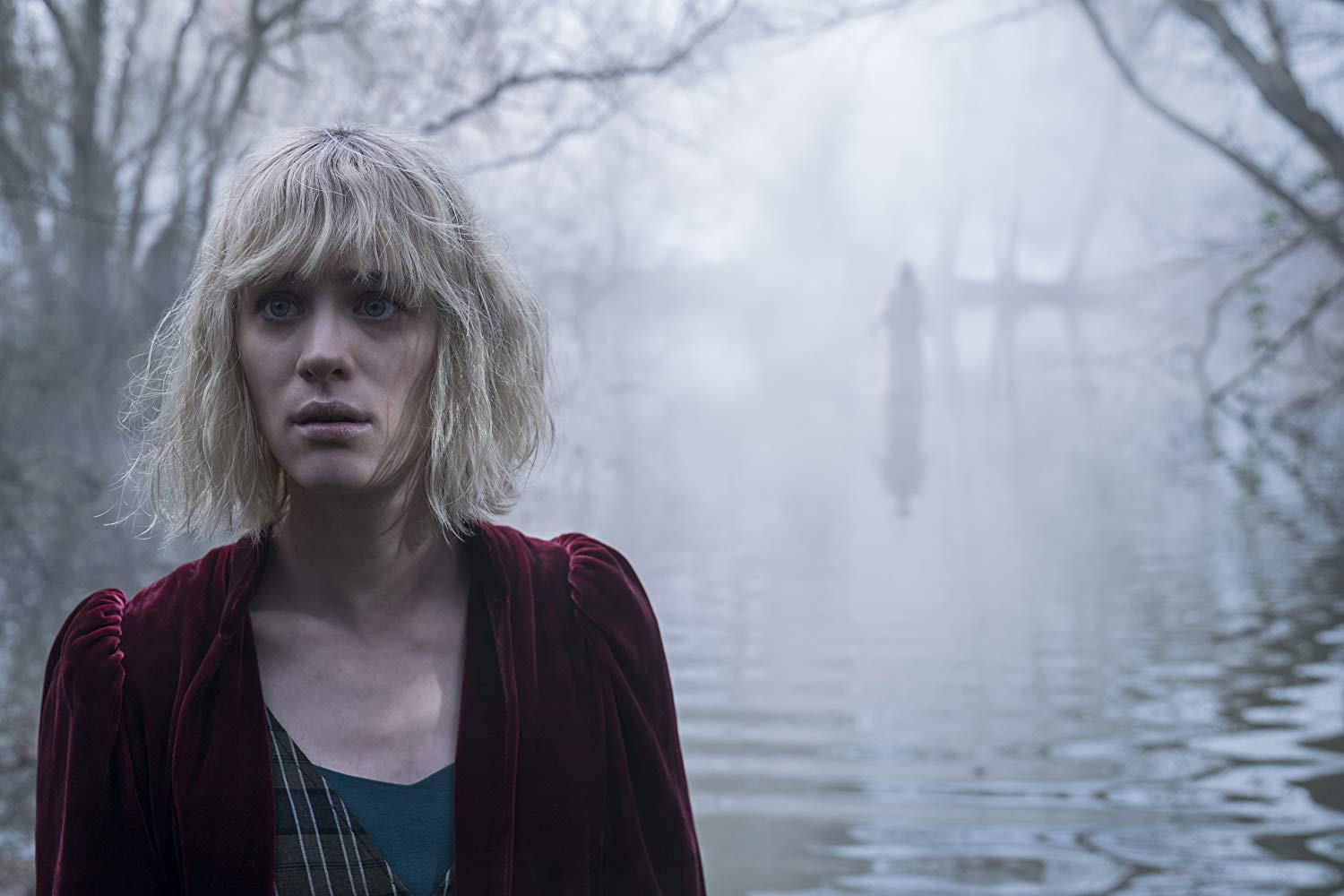 Kate has made a living as a school teacher for quite some time now. However, she is ready to face a new challenge. As it turns out, she has been presented a unique opportunity: a father and mother of a young son and daughter, Miles and Flora, have recently passed away in a terrible car accident. The children’s uncle (their legal guardian) has determined that a governess should take charge of the children. Kate’s responsibilities will include taking care of the basic needs of primarily Flora, as Miles is at a boarding school, and Flora does not leave the compound, for fear of being killed. Kate will provide Flora with proper academic instruction, while living in their countryside manor. Kate jumps at the opportunity.

As she gradually gets to know Flora and develop a trusting relationship with her. Everything seems to be going well, until Miles returns from boarding school. His return is unexpected and, as it turns out, is a result of an expulsion on account of Miles’ attacking and nearly killing another student. Miles, at first, seems genuinely welcoming toward Kate, but then, for one reason or another, turns on her. On top of that, Kate notices that Flora seems to follow Miles’ guidance and suggestions.

But Miles’ (and even Flora’s) strange behavior isn’t the only thing on Kate’s mind. She begins to see strange ghostly figures appearing around the house. Not only do these spirits appear in the house (in mirrors primarily), but in her dreams, as well. Surely the children have seen these spirits as well? “No, what are you talking about?,” chuckle Miles and Flora.

Something screwy is going on here.

Okay, before I dive deep into my thoughts on “The Turning,” I want to provide some background on the film’s rocky development. The project started in March 2016 and was described as a “passion project” for producer Steven Spielberg, who wanted to be involved in another horror film. The movie adaptation went through 2 phases of production: initially as “Haunted” with Juan Carlos Fresnadillo set to direct, and then renamed “The Turning” with direction turned over to Floria Sigismondi.

Now, ask yourself, why would an incredible, world-renowned director/producer, like Stephen Spielberg, step aside from a project? According to one article, because of the multiple changes to the characters, the story itself, and other elements of the film that made lose resemblance to what the studio had originally signed on for (Wikipedia, 2020).

Why do I mention all this? Because, it has been, in my years of experience as a movie reviewer, that when a film has gone through a rocky development or has been altered as much as the “Turning” has, it almost NEVER bodes well for the film as a whole. Now granted, there are exceptions to this rule: “The Wizard of Oz” being one of them (the film went through five different directors and ten screenwriters [Ranker, 2020]), but this, indeed is the rarity, not the norm.

As a result, the finished project, “The Turning” is an absolute mess from start to finish. Mackenzie Davis, who plays Kate, tries to give a solid performance of the material she was given, as do her co-stars Finn Wolfhard (whom you might remember from the “It” films and “Stranger Things”), and Brooklynn Prince. However, these fine performers can only do so much when presented with a plot that 1) doesn’t make a lot of sense and 2) insults the audience’s intelligence to a certain degree (especially in the movie’s ending).

On a positive sidenote, the atmosphere and the setting of the film has a nice touch and are to be commended.

I could forgive the thin plot, however, if it weren’t for the lack of scares the film offers (apart from maybe one or two genuine jump scares). The film should not have been branded a horror film by any means. Sure there are ghosts and spirits that haunt the house, but they do not terrify by any means. This is a psychological thriller, and a tame one at that. If you are looking for a scary horror film, you’ll be disappointed, just as the high schoolers were in the theater with me last night.

There are a couple themes I could address in “The Turning,” but one theme that stands out in this film is death. Miles and Flora have lived very sheltered lives and have changed dramatically as people—on account of the death of both of their parents. The death of a loved one affects us all. Our lives are dramatically altered and, for a long time, there is an emptiness in our hearts.

But our Lord reminds us that this separation from our loved ones does not have to be forever. If we and they have repented of our sins, truly believing in the Lord Jesus (thus giving our lives to Him) and accepting His hugely gracious gift of atonement and full pardon, we will be reunited with those loved ones when God Almighty calls us home. In the New Heavens and New Earth…

“He will wipe away every tear from their eyes, and death shall be no more, neither shall there be mourning, nor crying, nor pain anymore, for the former things have passed away.” -Revelation 21:4

And here are some other Scriptures on Death and Resurrection…

“Then we who are alive, who are left, will be caught up together with them in the clouds to meet the Lord in the air, and so we will always be with the Lord.” —1 Thessalonians 4:17

“But according to his promise we are waiting for new heavens and a new earth in which righteousness dwells” —2 Peter 3:13

“Who will transform our lowly body to be like his glorious body, by the power that enables him even to subject all things to himself.” —Philippians 3:21

And as Jesus Himself stated:

“Let not your hearts be troubled. Believe in God; believe also in me. In my Father’s house are many rooms. If it were not so, would I have told you that I go to prepare a place for you? And if I go and prepare a place for you, I will come again and will take you to myself, that where I am you may be also.” —John 14:1-3

Some might think I’ve been unfair to “The Turning.” Even as I sit here, finishing this review, I’m asking myself that very question, “Have I been unfair?” But then I am reminded, “I have to hold this film to the same standards as every other horror film out there.” As a horror film, the true horror is in the overall design of the film, not the supposed “horrors” and “scares” that occur. The plot is too thin to enjoy, with an ending that would make Henry James (the author of “The Turn of the Screw,” on which this film is loosely based) turn over in his grave, if he could.

Apart from all of this, there is a violence to contend with, some vulgarity and profanity, as well as really uncomfortable suggestive sexual situations (e.g. such as Miles’ infatuation with Kate) and partial nudity. As it stands, I strongly discourage Christians from supporting this film. Do not waste your money or time.

Comments from non-viewers
Neutral—This film is based on The Turn of the Screw by Henry James. I recommend reading it instead of seeing this movie which looks and sounds like a mess in comparison. I always liked the book.