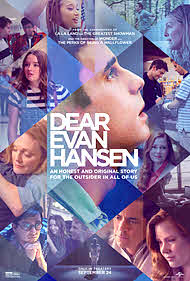 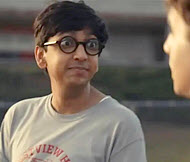 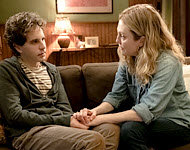 Vital importance of EMPATHY, KINDNESS and standing up to DEFEND hurting people in need of HELP

The protagonist exploits a near-stranger’s suicide to gain personal popularity, lying to many people—and this is not addressed as sinful by the film

Sin of lying to a fragile, grieving mother about having a false friendship with her dead son 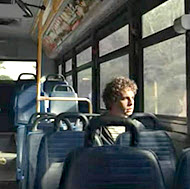 What should a Christian do if overwhelmed with depression?

The joy of gaining a sense of belonging

Journey of self-discovery and acceptance

Use of profane and vulgar language 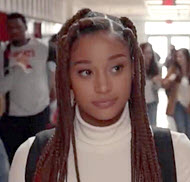 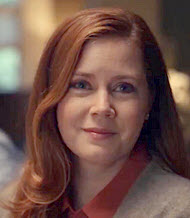 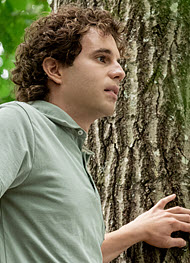 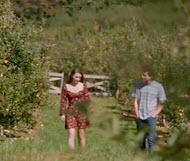 “Dear Evan Hansen, this was an amazing d**”

“No, wait, that’s not what I want to type,” Evan thinks to himself. “Let’s try this again.”

“Dear Evan Hansen, It turns out this wasn’t an amazing day after all. This isn’t going to be an amazing week or an amazing year. Because, why would it be?”

Evan Hansen is a young teen from a small town in Maryland. He struggles with Social Anxiety Disorder. Even the smallest conversations and interactions make him very nervous, such as meeting the delivery man at the door and especially talking to his classmates. He has only one friend, a “family friend.”

His anxiety has affected his everyday life to the point that his therapist, Dr. Sherman has recommended that he write letters to himself everyday to help him boost his confidence and self-esteem.

Enter Connor Murphy (Colton Ryan), brother of Evan’s secret crush Zoe Murphy (Kaitlyn Dever). Connor has been a lone wolf, an outcast, and though, according to his stepfather, he’s been given everything, he’s always found a way to cause trouble. Connor stands out in other ways. He paints his nails, he keeps to himself, he dresses in dark colors and walks around depressed. Sadly, he is considered the school outcast, and the jocks tend to verbally abuse everyday at school.

In fact, apart from causing trouble, Connor and Evan, are both loners and have more in common than they think.

One day in the library, while Evan is printing out a letter he wrote to himself, Connor comes up to him and writes his name on his cast. “There, now we can pretend we both have friends,” Connor says. Then Connor grabs the letter, mistakenly thinking it is about him and his family. Evan tries to talk him down, but Connor runs off and disappears into town.

The next day, Evan is called into the principal’s office. Connor took his own life, and he had Evan’s letter on him. Connor’s parents see Connor’s handwriting on Evan’s cast. “That’s his handwriting!”, we didn’t think Connor had any friends. Tell us about what you did together….”

Background and Impact of the Musical

The premise behind “Dear Evan Hansen” is reportedly based on an event that occurred at the composers’ high school (Benj Pasek and Justin Paul). According to a 2019 article, the man responsible for the script (Steve Levenson), states,

However, the composers and the scriptwriter wanted the story to go further than this.

“The show talks about the complicated nature of when you’re not always so truthful. But it grew to something we did not expect.”

Indeed, their musical play “Dear Evan Hansen” has been around for over 5 years, and has had a significant impact on millennials and the generation that came after. It deals with the very uncomfortable, difficult to understand, yet necessary to address, topics of teen suicide, mental health awareness, and negative impacts of social media.

As one of my friends mentioned in her review, whereas the musical mainly relies on the music to convey its messaging, in the film the STORY is the main focus. It is even doubled down on. Certain songs are removed to increase time for the two overarching themes of “loneliness” and the “consequences of lying.”

The film “Dear Evan Hansen” has been criticized for many reasons. Ever since the trailer was released, the choice of casting 27 year old lead actor Ben Platt as a 17 year old has been berated. When he first starred in the role on Broadway he was 22. Efforts were made through makeup, hair changesm costuming and weight loss to make him look younger. Honestly, I’m still on the fence about this. Ben originated the role, and he makes a good effort on screen. However, someone else might have been a better choice to carry on what Platt began.

I think Kaitlyn Dever was a solid choice for the role of Zoe. She commands the screen in her scenes. Julianne Moore is far too underutilized.

The film’s pacing is steady, and transition from stage to screen is always a difficulty, but the 2 hour and 17 minute runtime is a tad too long for my liking.

As a fan of the musical play, my other issue is that some iconic songs that really define the adult characters have been intentionally cut from the film. While I understand some of the reasoning behind this, when you have a vocal powerhouse like Amy Adams, you could and should have kept a song like “Does Anyone Have a Map?” and given her more to sing in the song “Requiem.”

Those who aren’t already fans of the musical will likely not be bothered by things left out of the film.

Violence: We hear about Connor’s suicide in the movie. Also a female student attempts to commit suicide by driving at high speed through a yellow light. We learn about how another student tried to commit suicide by jumping from a tree. We repeately see a student fall from a really tall tree and land on his arm, breaking it (the same incident in flashback form).

Mean-spiritedness: “Jocks” take pictures of themselves in front of a dead student’s locker (proud that he is dead). On an Internet message board, someone comments “I’d kill myself too if I was in that family.” We listen to some hateful messages from people on the Internet about the Murphy family.

Sexual Material: There are LBGTQ+ posters on the walls of the school Evan attends. The Pride flag is painted on the school walls. There are a couple homosexual references. An openly Gay character says he hooked up with a Brazilian dude. The words “sex thing” are used a couple times. Two characters kiss.

Nudity: We see teenage boys in the locker room without shirts and one only in a towel.

Drugs: A character is prescribed anti-anxiety and antidepressant medications by a doctor, and we see these prescriptions on his table. We also hear about these medications being discussed by two students.

Alcohol: In two scenes, adult characters are seen drinking alcohol at a home.

There is one central theme that surrounds the entire premise of “Dear Evan Hansen” and that is “no one is alone.”

Suicidal thoughts indeed, can make one feel helpless, like there are no other options, especially for those who have not surrendered their life to Jesus Christ. Teen suicide is, sadly, on a substantial rise in this country. Teens struggle with deceptions, abuse, identity issues, lack of acceptance, mental confusion, overblown emotions, feelings of lack of love or empathy, or overwhelming sadness and hopelessness.

Many wrongly believe that suicide is the only way out of their emotional pain. They are falling into Satan’s ultimate trap.

First, we must realize we are NOT alone. God is real and at work in the world. He is Eternal! He is forever! He is Everlasting! And He is offering what you truly need.

Q & A
Issue of pain and suffering

Even though I walk through the valley of the shadow of death, I will fear no evil, for you are with me; your rod and your staff, they comfort me. —Psalm 23:4

Second, when we feel we’re not worthy, God reminds us (myself included!), that we are worthwhile to Him!

“But God, who is rich in mercy, for his great love wherewith he loved us” —Ephesians 2:4-9

“And he said unto me, My grace is sufficient for thee: for my strength is made perfect in weakness. Most gladly therefore will I rather glory in my infirmities, that the power of Christ may rest upon me.” —2 Corinthians 12:9

Some critics have argued the film “Dear Evan Hansen” doesn’t address the topics (teen suicide, mental health, social media, etc.) with the gravity and depth they rightfully deserve. Then again, is that fair? “Dear Evan Hansen” is, in fact, a movie-musical. It’s not perfect, by far. It doesn’t even claim to have answers. However, perhaps the film starts or continues the conversation we should be having with teens and young adults. Perhaps teens who watch this may look and realize, “I’m struggling and I need help.”

Apart from the underlying serious and disturbing themes I’ve stated, there is profanity, some sexual material and other material to be concerned with.

My advice is if you decide to go, please screen the film beforehand. There are some intense moments on screen that are not appropriate for younger audiences. Viewer discernment is strongly advised for teens.